Oil and gas servicing giant Halliburton reported in line results Monday before the market. $HAL shares were lower after not matching upside beats from  Schlumberger and Baker Hughes a GE Co.  earnings last week.  Earnings have been boosted by shale fracking activity spurred on by high oil prices.

Oil and gas servicing giant Halliburton reported in line results Monday before the market. $HAL shares were lower after not matching upside beats from  Schlumberger and Baker Hughes a GE Co.  earnings last week.  Earnings have been boosted by shale fracking activity spurred on by high oil prices. The Baker Hughes oil rig count has been has been building higher benefiting oil service companies. Halliburton serves the upstream oil and gas industry throughout the lifecycle extraction to completion of the energy source. “Our Completions and Production division was negatively impacted by delays in sand delivery, due to weather related rail interruptions during the quarter, but achieved a strong March exit with margins in the mid-upper teens. Our Drilling and Evaluations division had strong year over year revenue growth of 15% while operating income grew 54%” said Jeff Miller, President and CEO.

HAL operates under two main segments; Completion and Production and Drilling and Evaluation. 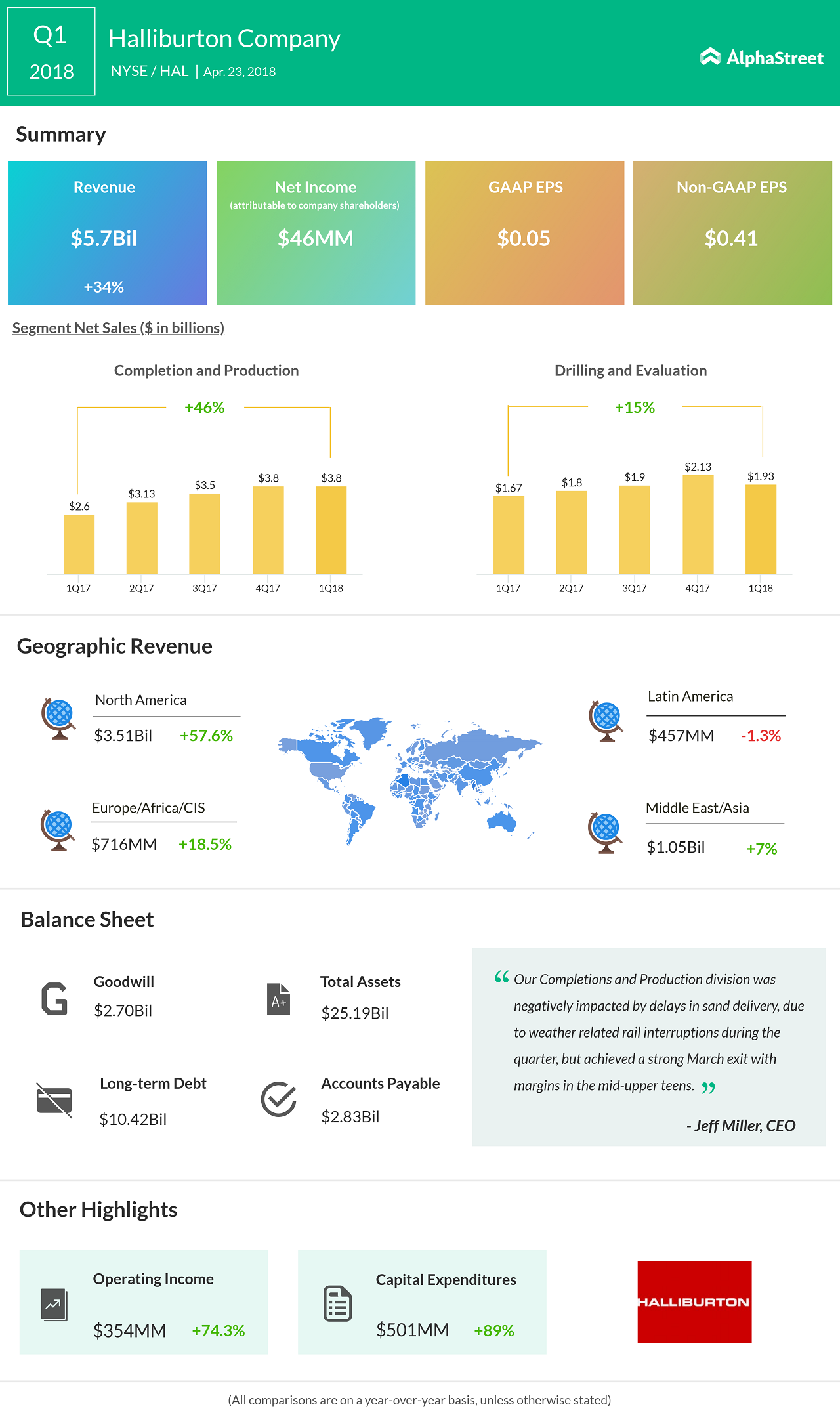