The next OPEC+ meeting in Algiers on September 23 comes at a critical time with a trade war in affect, Iran sanctions about to come on and the U.S. sitting just under record productions and exports. All eyes are on Russia and Saudi Arabia and of course US Production.

The next OPEC+ meeting in Algiers on September 23 comes at a critical time with a trade war in affect, Iran sanctions about to come on and the U.S. sitting just under record productions and exports. All eyes are on Russia and Saudi Arabia and of course US Production. On September 23, the 10th meeting of the OPEC+ ministerial committee will be held in Algiers. The ministerial meetings of the committee are held every other month since the beginning of 2017, when the agreement on the reduction of oil production came into effect. The function of the committee is to recommend measures for joint regulation of the oil market to OPEC+ countries.

“Only Ecuador and Equatorial Guinea will not come to the meeting,” he said. It is not clear if Iran will take part in the meeting of the committee. The ministerial monitoring committee includes six countries – Russia, Saudi Arabia, Kuwait, Venezuela, Algeria and Oman.

Russian Minister of Energy Alexander Novak has reaffirmed his countries view on increasing production. He told reporters on Monday. “I think that we have an opportunity to discuss any scenarios for the development of the situation, we need to look at the situation and the most expedient actions” .

Novak makes a point of the success of the existing deal and Russia’s compliance thereto. He said “In August, our performance was 108%. That is, we did not even fully restore production. We will discuss this situation and see what happens with the projected supply volumes in the Q4 and demand, taking into account the OPEC+ agreement, but also countries that are not part of the agreement,”

Saudi Arabia said on Tuesday that they are ok with oil at $80 (referring to Brent) and speculators quickly pushed it that way. Mind you the story jsust said they were ok with it not wanted it there. The point to take out is Russia is talking about production, Saudi’s are talking about price.

The TASS source also said that the meeting of experts of the technical committee, scheduled for September 11, which was to discuss the mechanism for distribution of quotas for the recovery of production, had been postponed to September 17.

To keep it real the latest EIA report had the U.S. producing back at record highs of 11 mbpd, and we look at the pattern of U.S. exports and also imports from OPEC. 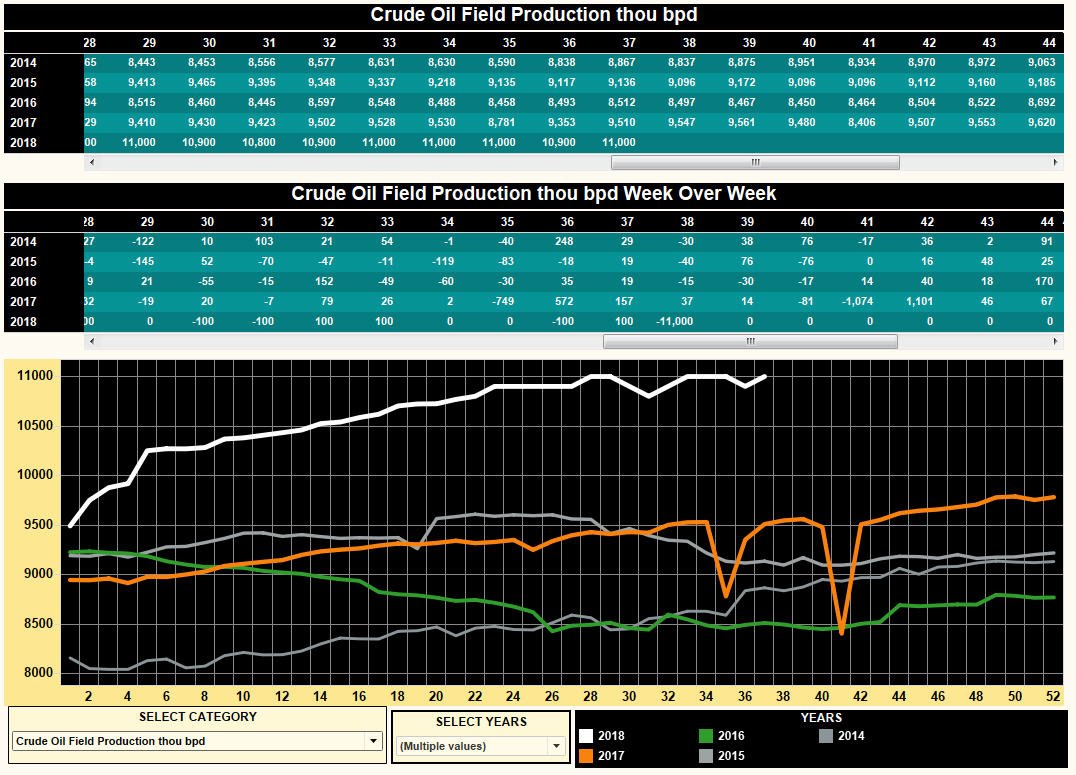 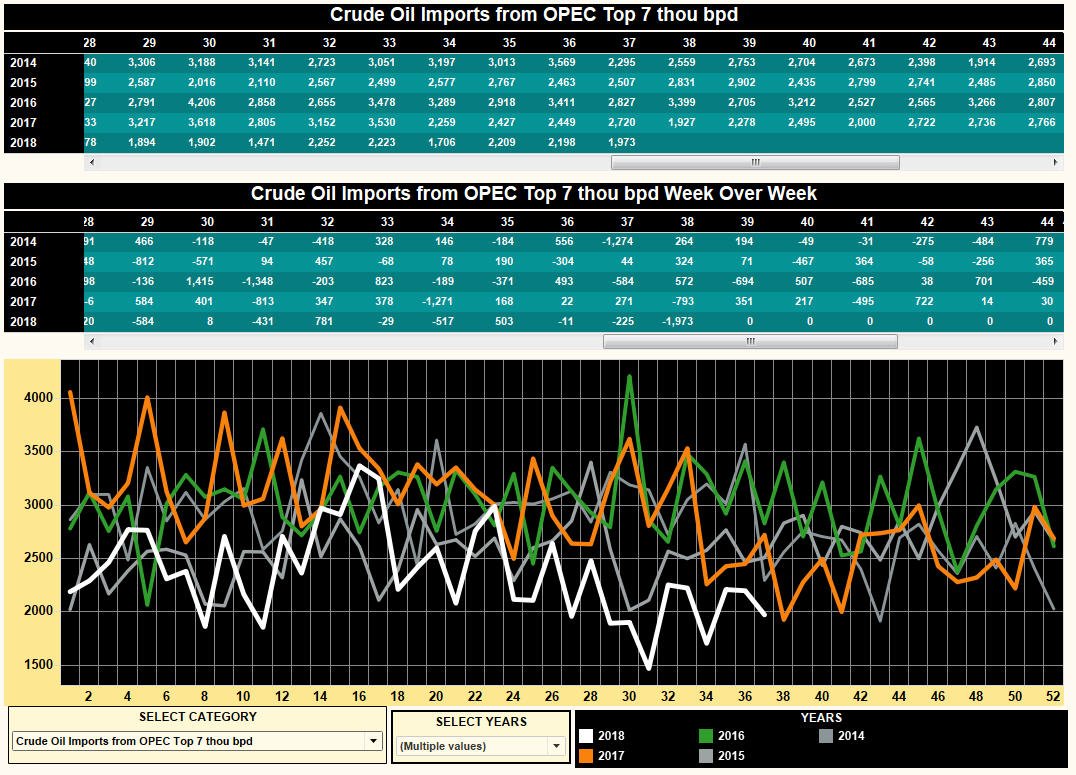 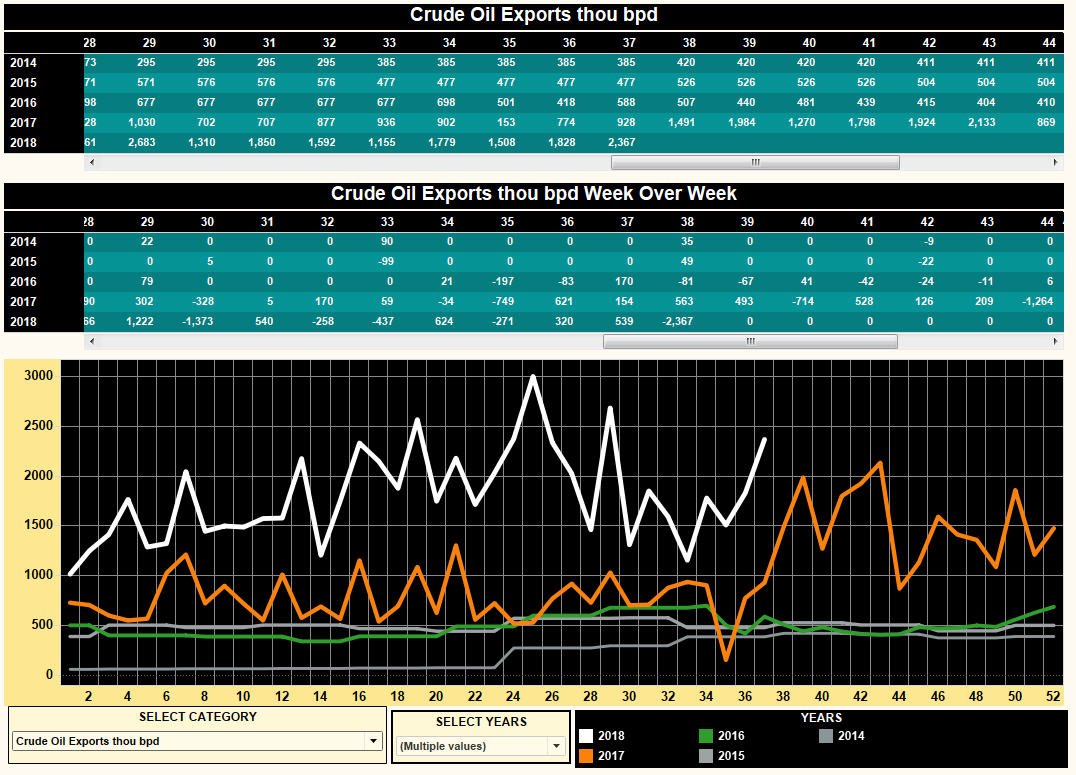