United States Steel on Tuesday lowered guidance saying will cut production by idling two blast furnaces in the US and one in the EU. $X responded to falling demand for steel from a weakening manufacturing sector. Earnings were also hurt by a coking plant fire and lower Mississippi River barge traffic.

United States Steel on Tuesday lowered guidance saying will cut production by idling two blast furnaces in the US and one in the EU. $X responded to falling demand for steel from a weakening manufacturing sector. Earnings were also hurt by a coking plant fire and lower Mississippi River barge traffic. The company will take one furnace off line at its flagship mill in Gary, Ind., and another at its mill in Ecorse, Mich. The latter was idled recently for maintenance work and won’t be returned to service when the work is completed.

“USSE continues to be negatively impacted by increasing levels of imports and continued market headwinds related to raw material costs and demand. As a result, we will idle the #2 blast furnace, which has the capacity to produce approximately 125,000 tons per month. If #2 blast furnace remains idled for the remainder of the year, we expect full year USSE shipments to third party customers to be approximately 3.6 million tons. We will resume #2 blast furnace production when market conditions improve.”

Analysts upgraded the stock on the announcement which saw the company and it’s peers gap up. Goldman Sachs had down graded $X at the bottom of this yearly sell off, one has to wonder about GS. 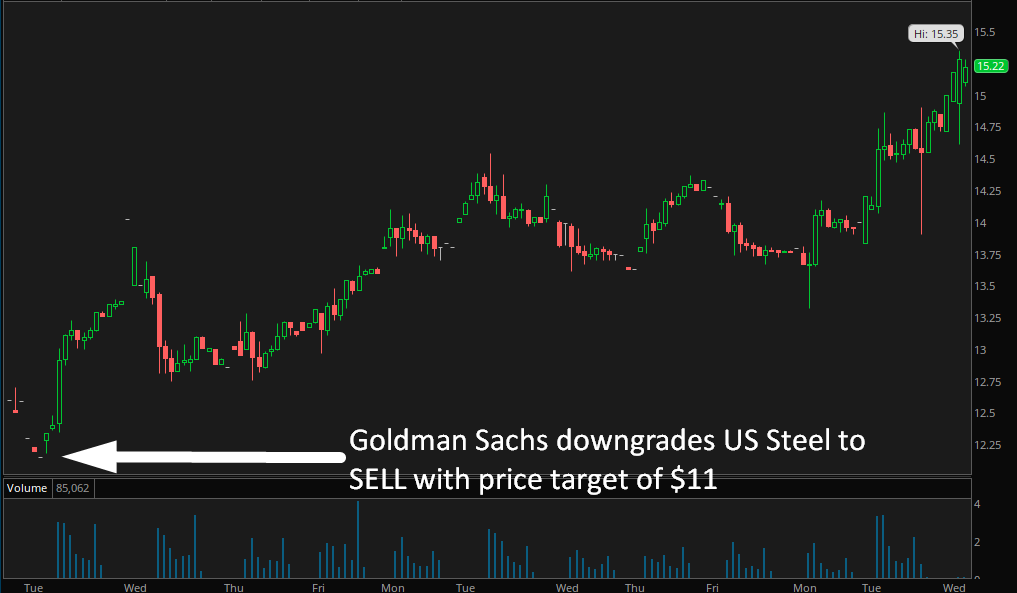 Johnson suspects other U.S. blast furnace steel mills such as AK Steel (AKS) or ArcelorMittal (MT) could idle capacity imminently as U.S. Steel has “effectively given everyone the greenlight to defy Trump and cut jobs to keep profits in the green.” 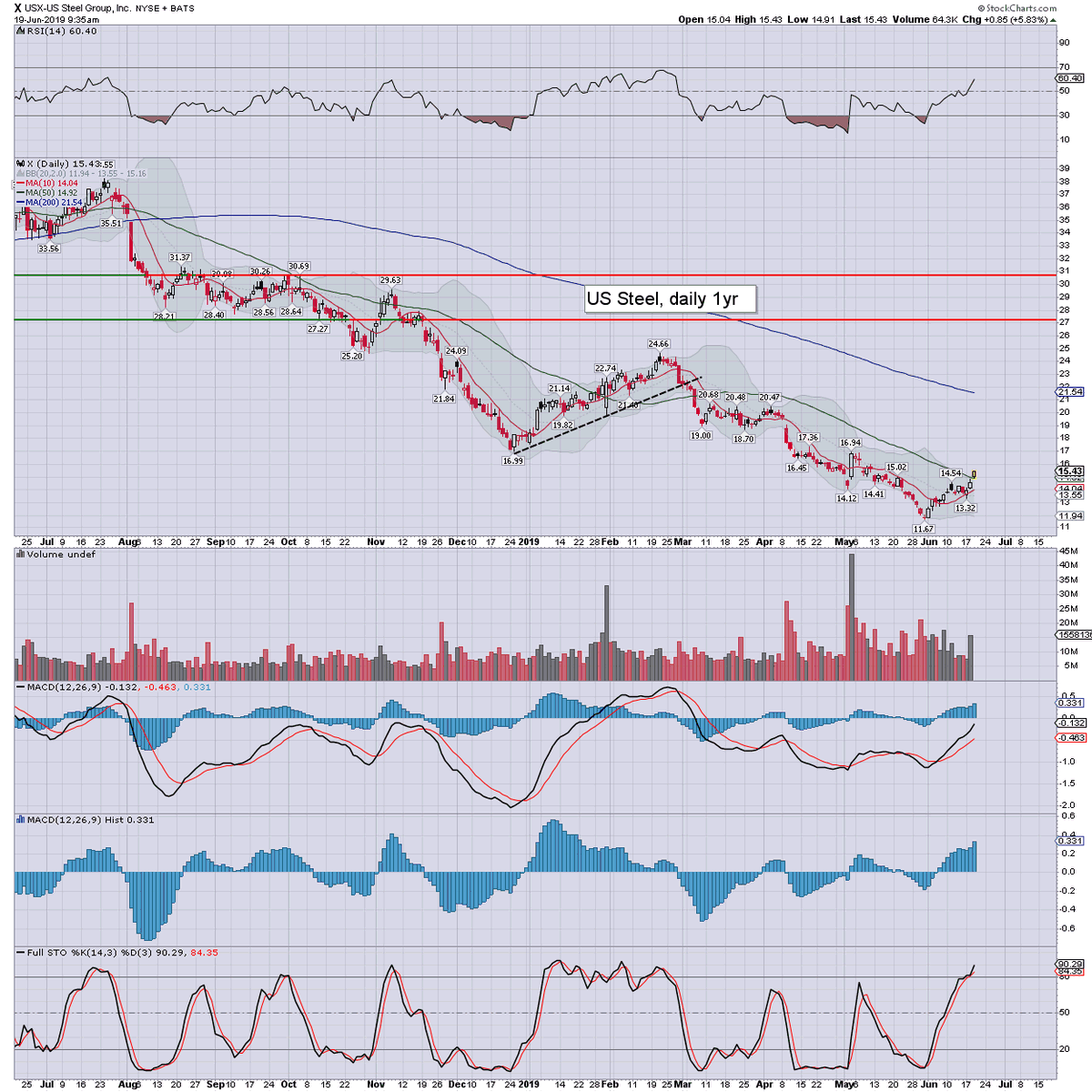 American steel companies U.S. Steel $X and rivals Nucor Corp. NUE and Steel Dynamics Inc STLD  have all lowered guidance for second-quarter profit this week. In common is weaker-than-expected demand for steel. Purchasing manager indicators in China, Japan, Europe and the U.S. have all been weak the past months. The headwinds of the trade war and Brexit have taken a toll on confidence as uncertainty mounts.

Production of cars and farm equipment have fallen recently as the U.S. manufacturing output fell in three of the first five months of this year.

US Steel restarted two blast furnaces at its Granite City Works near St. Louis last year after the Trump administration imposed tariffs on imported steel. Domestic producers raised prices however demand never picked up steel meaning any benefit of the tariff in recent months has been negated. Higher prices wouldnt have helped. It perhaps would have made sense not to rise prices to compete at price with the tariff hit imports.

U.S. Steel is one off the highest-cost producers of steel in the U.S., meaning the company is even more vulnerable to falling prices and demand.

The WSJ reports the benchmark price of hot-rolled coiled sheet steel in the U.S. has fallen over 35% since approaching a decade high last summer. Hot-rolled steel on Tuesday was at $533 a ton, according to S&P Global Platts’s price assessment.

U.S. Steel said it expects to earn about 40 cents a share for the quarter ending this month. Analysts had been expecting 51 cents a share in profit.

The company said its bottom line is being weighed down by costs to repair a coal coking plant near Pittsburgh following a Christmas Eve fire. Another fire at that plant this week knocked out pollution controls there, prompting a flood of complaints about foul smells and warnings to limit outdoor activity.

U.S. Steel’s shipments in the second quarter also will be reduced by flooding along the Mississippi River and in the Southern U.S. that has restricted river-barge traffic.

From THe TradersCommunity Research Desk