Pipeline Gas exports to Mexico have been rising and should continue to rise on rising Mexican demand with insufficient domestic production capability. Costa Azul LNG import terminal conversion would see even more US gas imported by Mexico. On the demand side, in addition to domestic weather, liquefied natural gas (LNG) export levels hung near the robust 11 Bcf level, boosted by persistent demand from Asia and Europe, while While not as influential overall as LNG 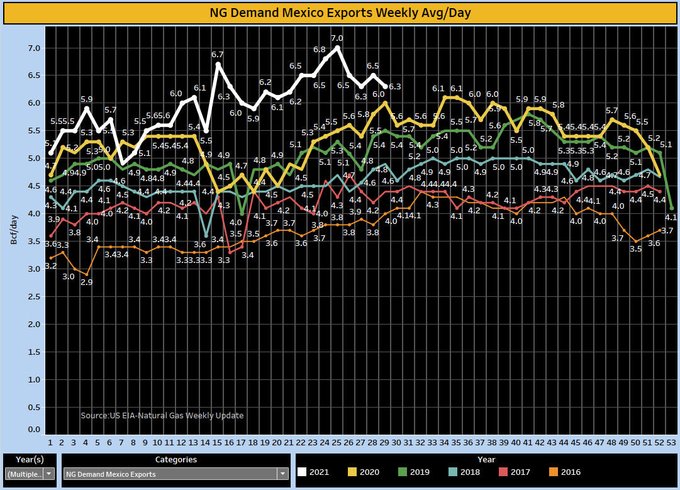 “Over the past few years, Mexico has expanded its natural gas pipeline infrastructure and has relied increasingly on imported natural gas from U.S. pipelines,” EIA researchers said.

“We expect these record-high flows, which were driven by increased power demand, high temperatures and greater industrial demand in June, to continue through the summer,” researchers said.

The combination of demand strength and modest production could leave storage light at the end of the summer analysts at The Schork Report said midway through the traditional injection season we are 12% below the five-year average and 24% below last year’s refilling.