New U.S. oil rigs put into service were higher this week by 1 new rig as U.S. oil production hit record highs this week.  Bottlenecks that have hit the Midland price differential appeared to have an affect with 4 rigs coming off in the Permian basin.

New U.S. oil rigs put into service were higher this week by 1 new rig as U.S. oil production hit record highs this week.  Bottlenecks that have hit the Midland price differential appeared to have an affect with 4 rigs coming off in the Permian basin. 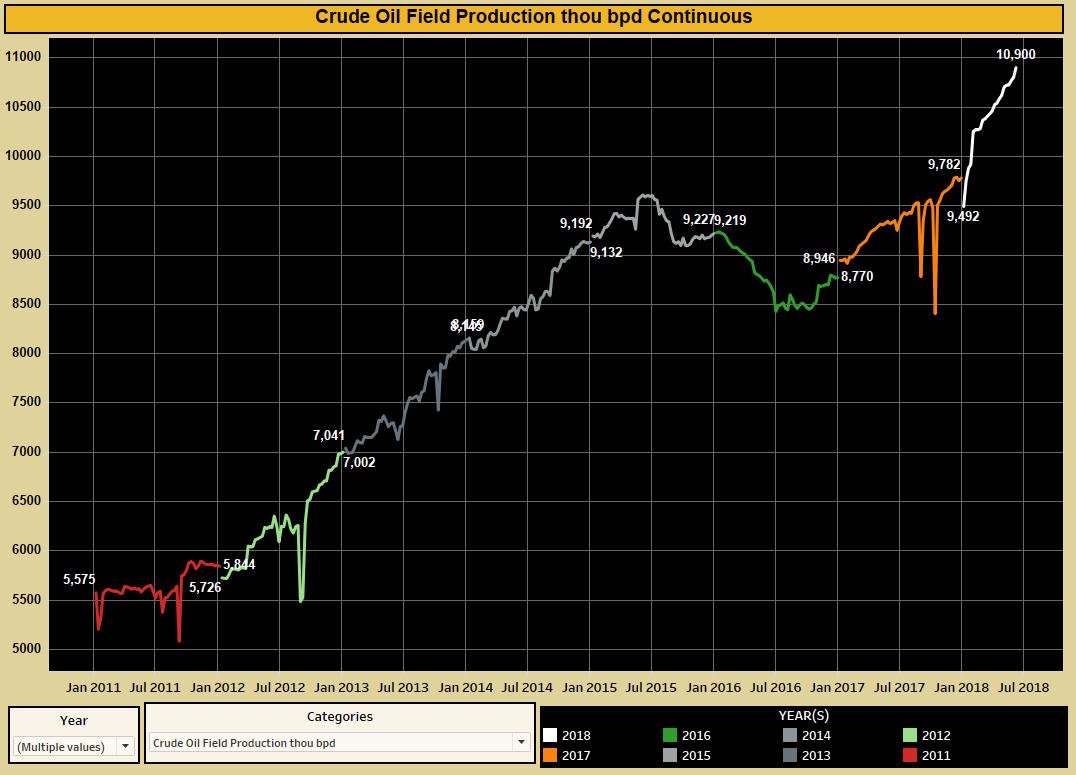