U.S. oil rigs in service fell by 2 this week with rigs flat in the Periman. U.S. oil production actually fell this week from the all time high of 11 million bpd. Bottlenecks remain in the Midland Texas area.

U.S. oil rigs in service fell by 2 this week with rigs flat in the Periman. U.S. oil production actually fell this week from the all time high of 11 million bpd. Bottlenecks remain in the Midland Texas area. 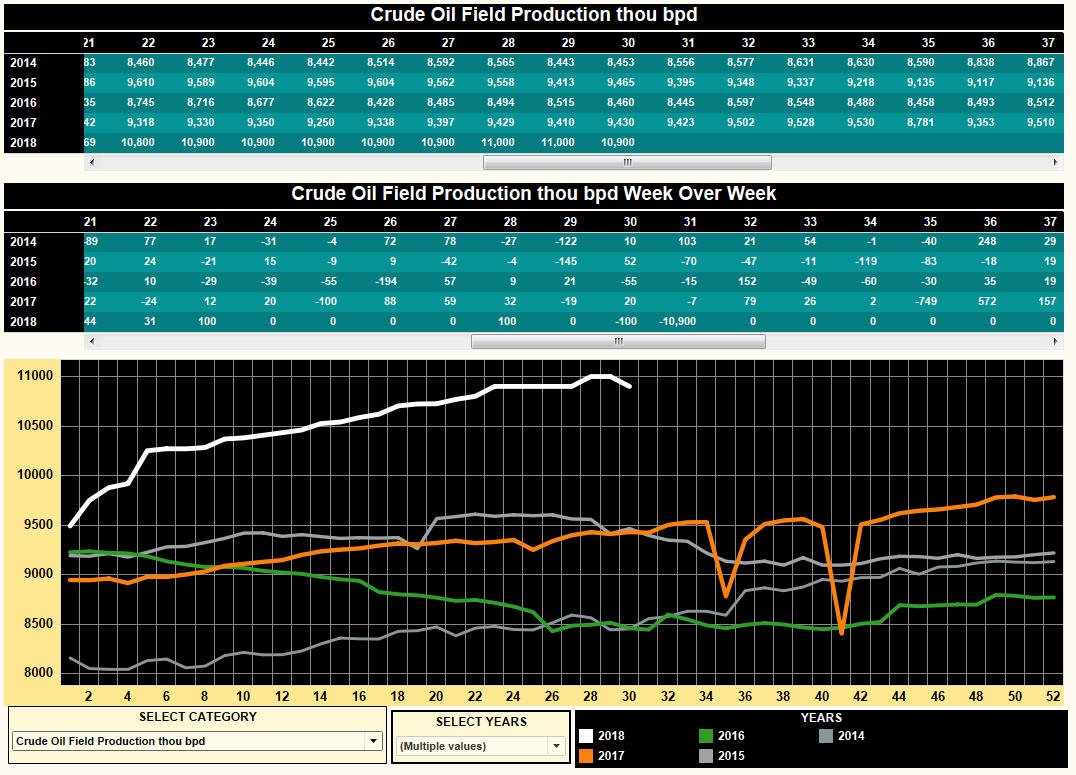