U.S. oil rigs fell gain this week General Electric Co’s Baker Hughes reported as we head into earnings season and the hurricane season continues with maintainence and disruptions. On a monthly basis rigs fell 9 in September, after declining 7 in August. 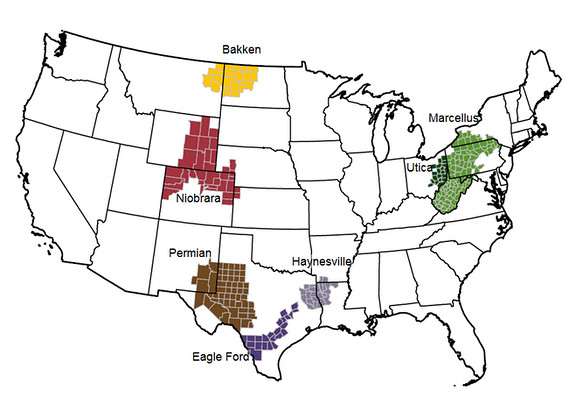 U.S. natural gas rigs fell 2 while. With U.S. oil and gas production already back to pre Harvey levels though off this past week because of Hurricane Nate. Bakers Hughes says Canada was flat oil rigs and 3added  gas rigs. The lower rigs appeared to be mainly due to maintenance and hurricane takedowns with efficient wells coming back on. We saw some rigs off per companies plans at their last earnings guidance.

US oil rig counts fell as oil hovered around $50 for the week as it has for much of the year. Once Saudi Arabia was downgraded by Fitch OPEC has been in a very difficult spot on extending or deepen cuts. Given the amount of hedging by US Producers over $50-52 this fall hurts the OPEC side considerably in the market share game.

Shale production has been lifted by the smaller niche producer and majors like ExxonMobil.  Exxon CEO Darren Woods said $XOM is diverting about one-third of its drilling budget this year to shale fields that will deliver cash flow in as little as three years. The Texas Permian basin is the epicenter of activity. CERAWeek in Houston added to the drilling positive tone and appears we haven’t looked back after the past few weeks earnings reports for the most part. From The TradersCommunity News Des