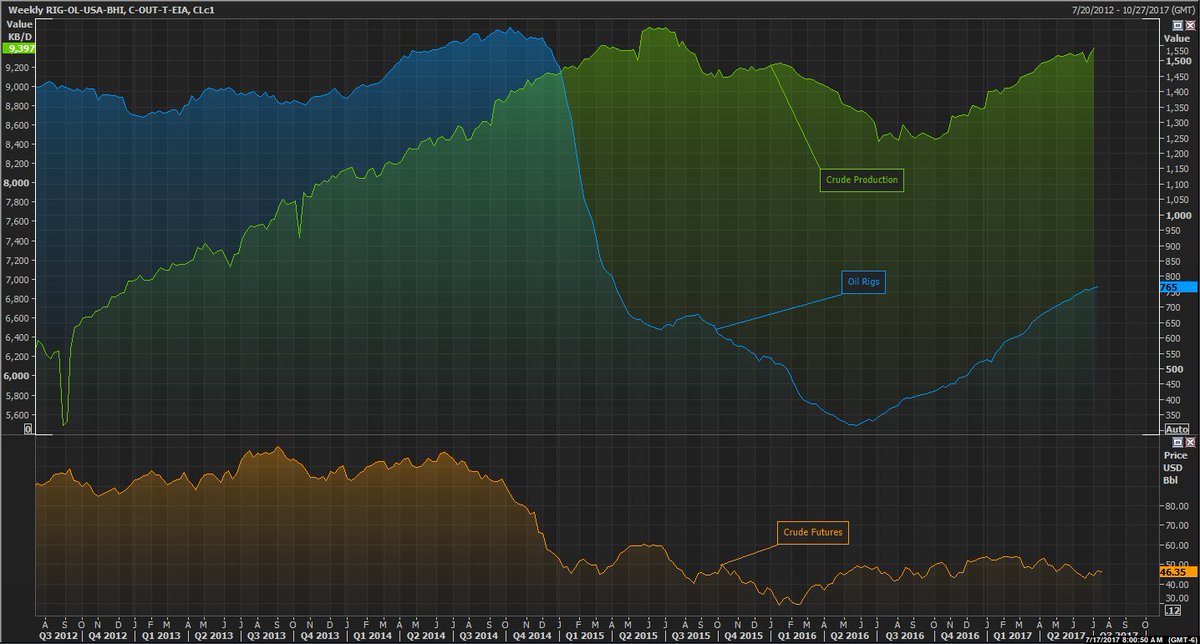 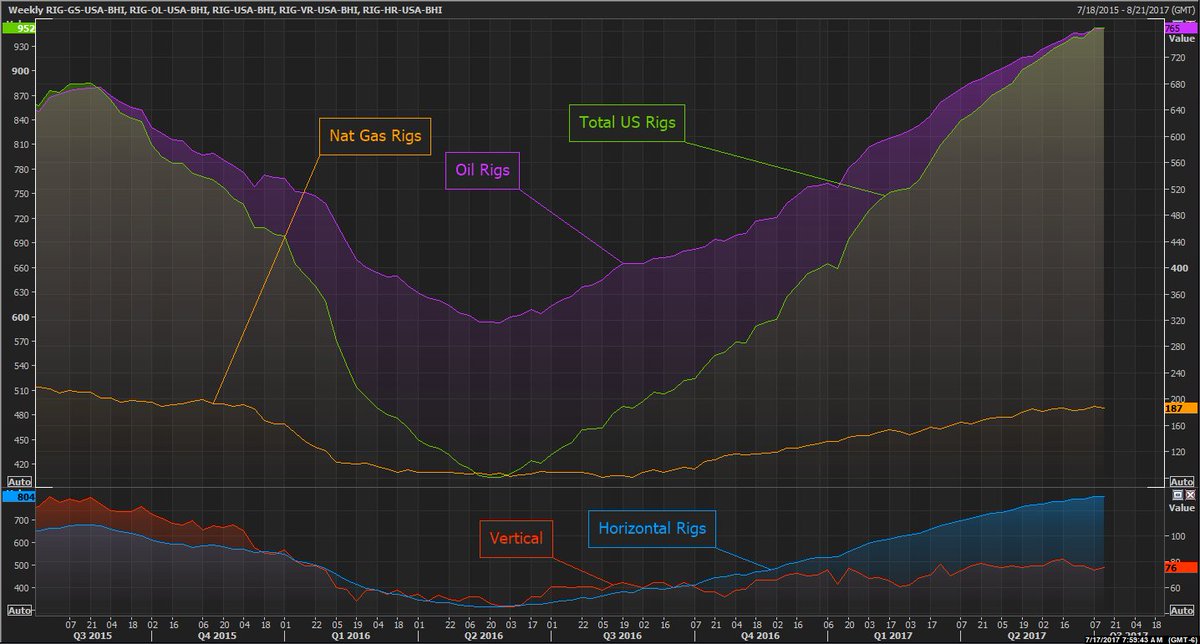 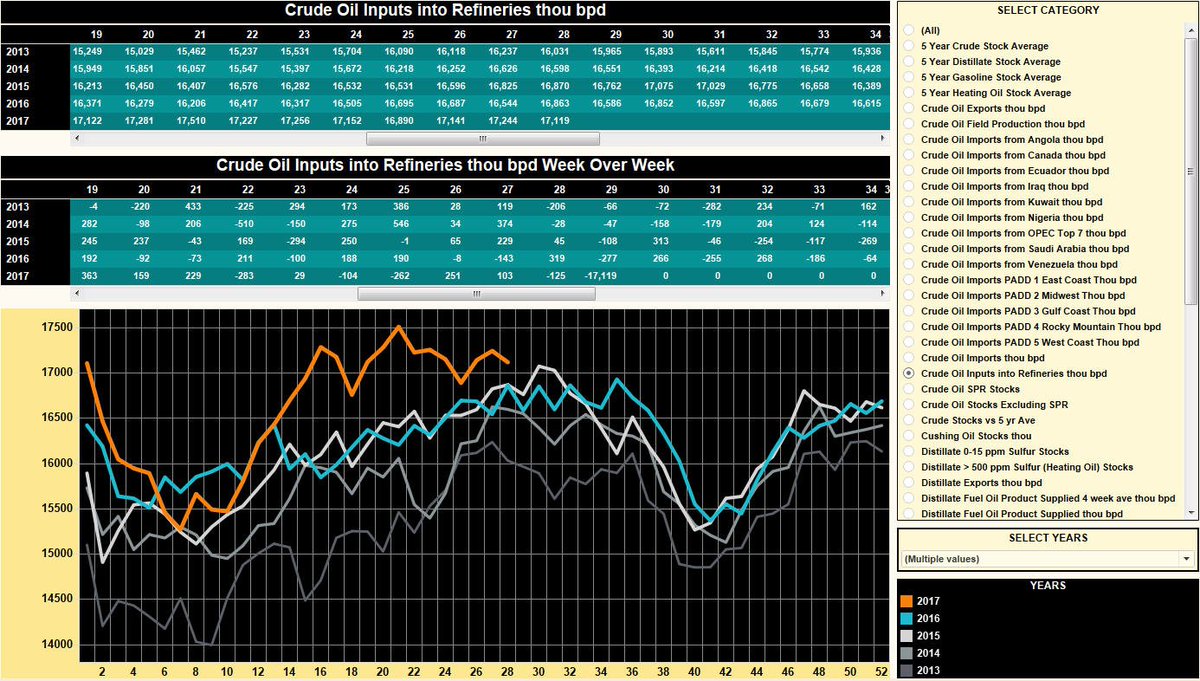 NB: We added Ron H as one of our favored analysts this week, check out his great work at Ron H Public Tableau Link

API data reportedly revealed a huge weekly draw for US crude supplies. WTI oil is above $48/bbl in electronic trade

Oil prices topped $48 a barrel late Tuesday after the American Petroleum Institute reported that U.S. crude supplies dropped 10.2 million barrels for the week ended July 21, according to sources. The API data also showed a rise of 1.9 million barrels in gasoline supplies, while inventories of distillates were down 111,000 barrels, sources said. Supply data from the Energy Information Administration will be released Wednesday morning. Analysts polled by S&P Global Platts expect the EIA to report a decline of 2.5 million barrels in crude inventories. September crude CLU7, +4.66%was at $48.46 a barrel in electronic trading, up from the contract’s settlement of $47.89 on the New York Mercantile Exchange.