PNC Financial $PNC reported mixed third quarter earnings before the bell on Friday along with Wells Fargo $WFC, Citigroup $C and JPMorgan $JPM.  They have been beating on a growing loan book with improving interest rate margins but revenue missed forecasts.

PNC Financial $PNC reported mixed third quarter earnings before the bell on Friday along with Wells Fargo $WFC, Citigroup $C and JPMorgan $JPM.  They have been beating on a growing loan book with improving interest rate margins but revenue missed forecasts

Profit rose 24% to $1.35 billion, from $1.09 billion a year ago. Earnings per share of $2.72 beating the $2.58 per share expected by analysts polled by Thomson Reuters. PNC is the first major regional bank to report second-quarter earnings. 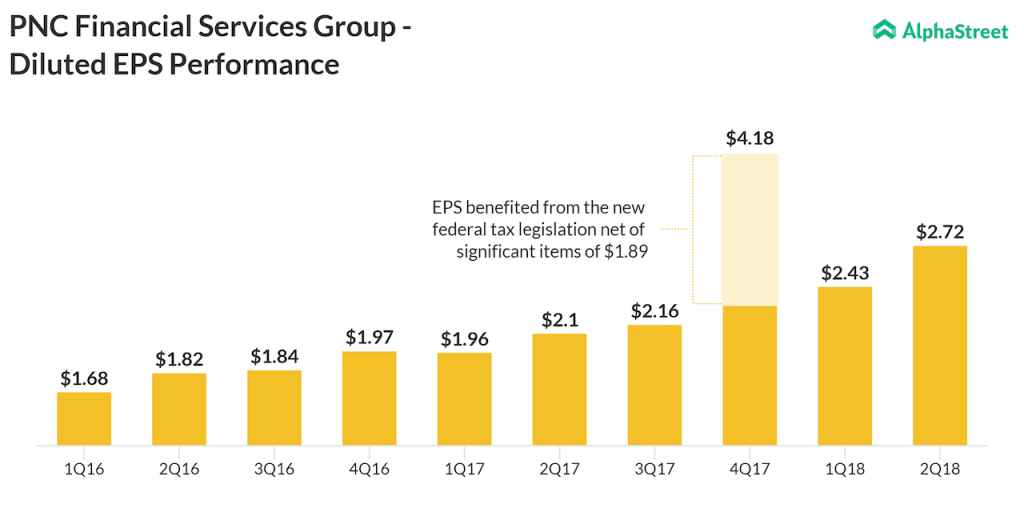 The banking sector received a boost earlier in the year after the largest U.S. banks passed Fed stress tests and were allowed to raise dividends and share buybacks. The Fed as it raise rates is helping banks’ finances. Since Donald Trump won on Election Day has been a huge run higher on PNC and the other bank stocks. Auto and student loans also overhang the banking and finance sectors.

The bank rally had been fueled by expectations for easier regulations including a possible repeal of DoddFrank and infrastructure spending. The new surge in home prices has also buoyed optimism for the mortgage business and banks profits thereto.