The OPEC+ meeting in Vienna came at a critical time with oil prices down over 30% , a trade war in affect and Iran sanctions on. The POTUS has been brazenly telling Saudi Arabia to not cut,  the U.S. has record productions and exports. The cut was promised at 1.2 bpd by OPEC and Non-OPEC.

The OPEC+ meeting in Vienna came at a critical time with oil prices down over 30% , a trade war in affect and Iran sanctions on. The POTUS has been brazenly telling Saudi Arabia to not cut,  the U.S. has record productions and exports. The cut was promised at 1.2 bpd by OPEC and Non-OPEC. The 5th OPEC and non-OPEC Ministerial Meeting was held in Vienna, Austria, on Friday, 07 December 2018, under the Co-Chairmanship of OPEC’s President, HE Suhail Mohamed Al Mazrouei, Minister of Energy & Industry of the United Arab Emirates and Head of its Delegation, and HE Alexander Novak, Minister of Energy of the Russian Federation.

“Accordingly, the 5th OPEC and non-OPEC Ministerial Meeting, following deliberations on the immediate oil market prospects and in view of a growing imbalance between global oil supply and demand in 2019, hereby decided to adjust the overall production by 1.2 mb/d, effective as of January 2019 for an initial period of six months. The contributions from OPEC and the voluntary contributions from non-OPEC participating countries of the ‘Declaration of Cooperation’ will correspond to 0.8 mb/d (2.5%), and 0.4 mb/d (2.0%), respectively.” OPEC Press Staement

Crude prices jumped around 5 percent Friday morning on the news of the deal, The U.S. benchmark WTI rising to nearly $54 a barrel. As fears of a global glut sunk in, oil prices plunged more than 30 percent from $76 a barrel in early October down to just under $50 in November and early December.

To keep it real the latest EIA report had the U.S. producing back at record highs of 11.7 mbpd, and we look at the pattern of U.S. exports with highs there also and also imports from OPEC. 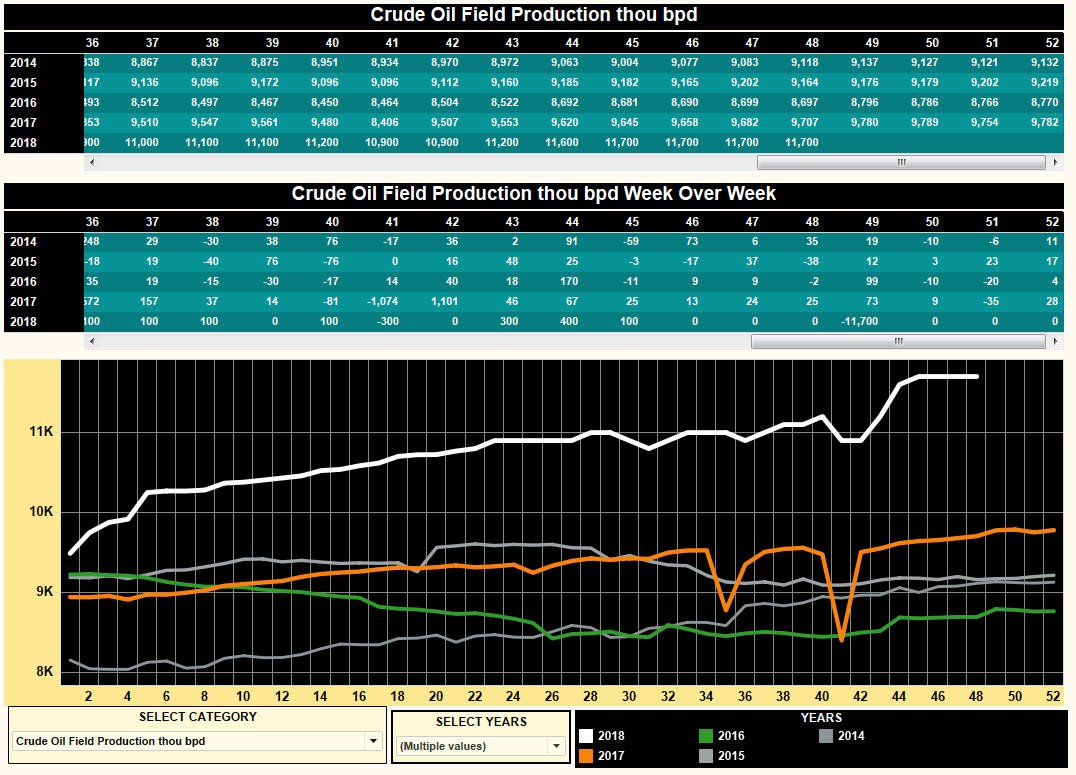 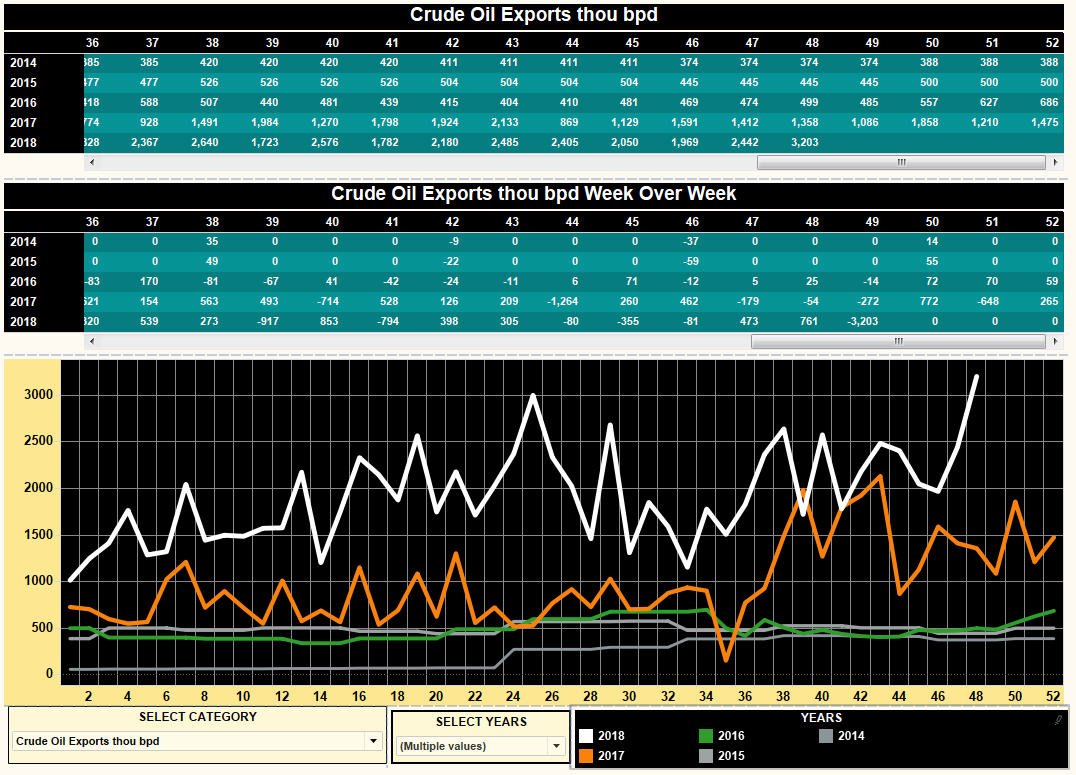 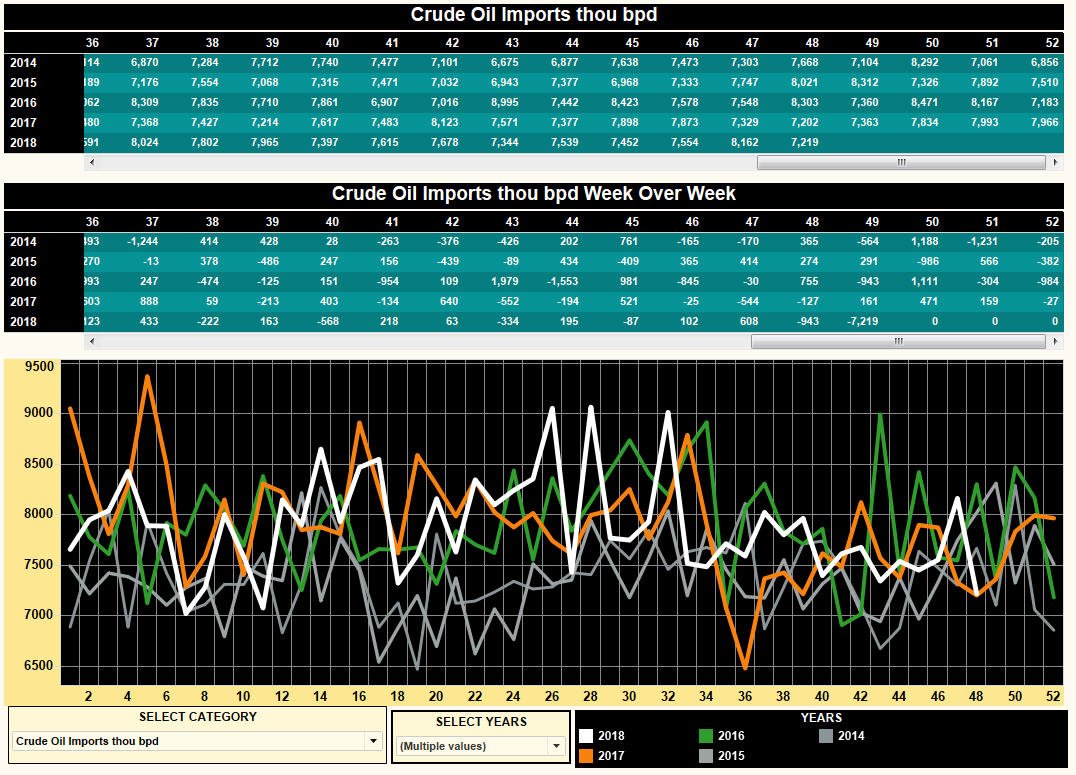