U.S. oil rigs in service were higher by 3 this week with rigs taken up in the Periman. U.S. oil production hit another all time high of 11 million bpd. Schlumberger reported a massive 45% gain in North American Revenue for the June Quarter. Bottlenecks remain in the Midland Texas area.

U.S. oil rigs in service were higher by 3 this week with rigs taken up in the Periman. U.S. oil production hit another all time high of 11 million bpd. Schlumberger reported a massive 45% gain in North American Revenue for the June Quarter. Bottlenecks remain in the Midland Texas area. 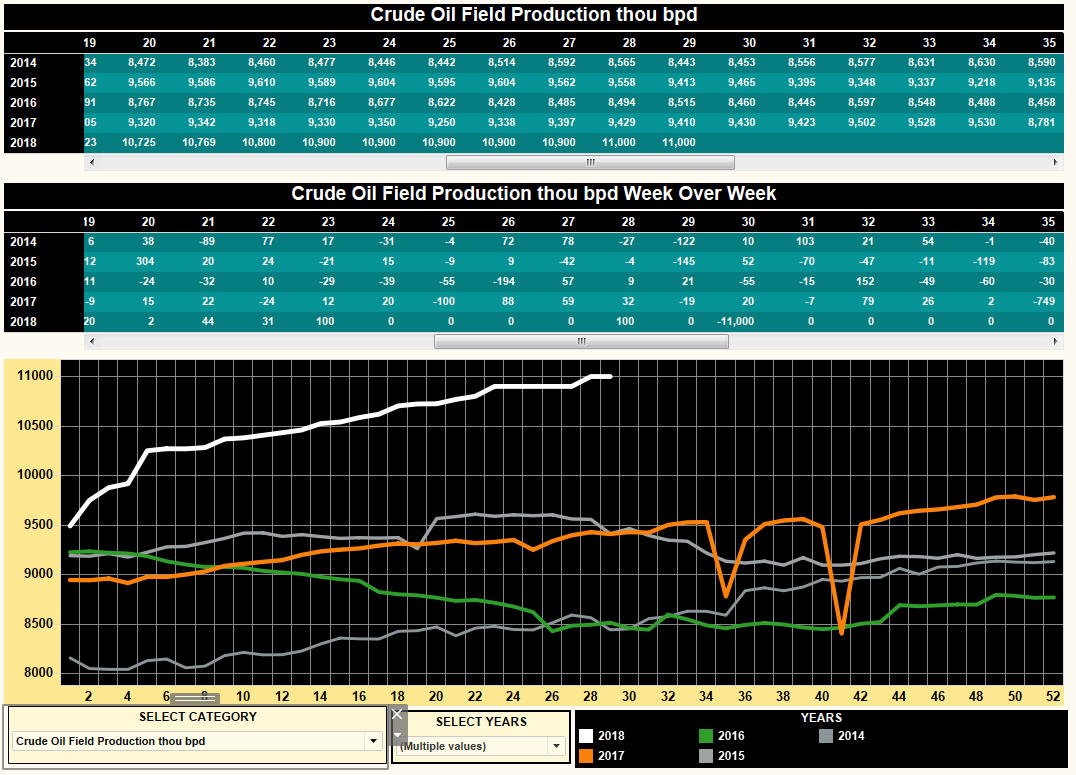