U.S. oil rigs in service were lower this week by 4 with oil production hit record highs this week we are seeing the bottlenecks that have hit the Midland price differential see rigs being rotated elswhere in North America with 10 more oil rigs overall.

U.S. oil rigs in service were lower this week by 4 with oil production hit record highs this week but higher in Canada. We are seeing the bottlenecks that have hit the Midland price differential see rigs being rotated elswhere in North America with 7 more rigs overall. 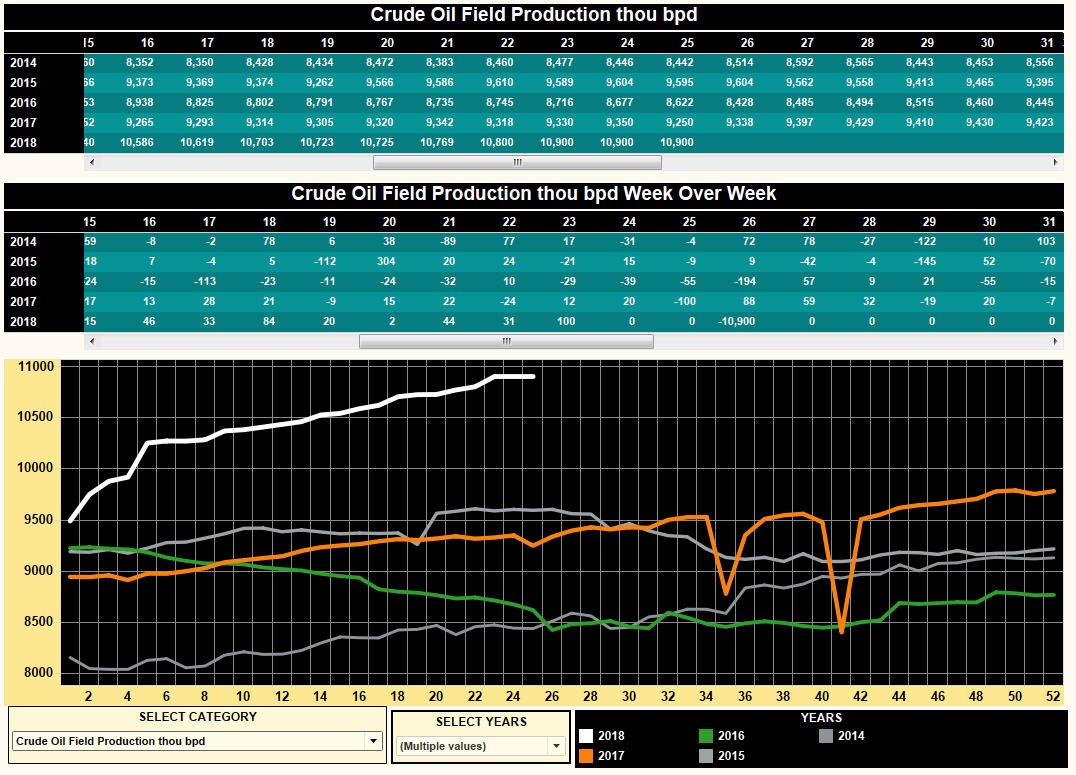