U.S. oil rigs in service were higher this week by 5 with oil production at record highs this week as oil constinues over $73 with Iranian tensions and the Synocrude outage. Bottlenecks remain in the Midland Texas area.

U.S. oil rigs in service were higher this week by 5 with oil production at record highs this week as oil constinues over $73 with Iranian tensions and the Synocrude outage. Bottlenecks remain in the Midland Texas area. 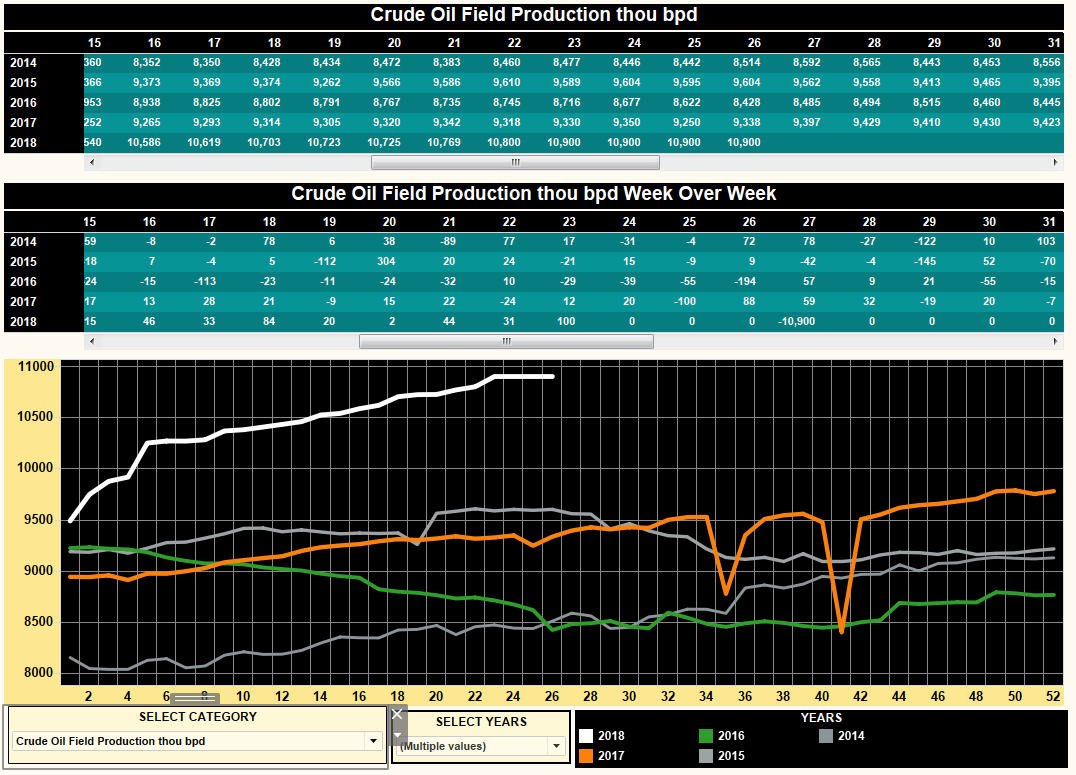