Graphic Chips maker NVidia smashed earnings expectations in first quarter earnings as the Datacenter and gaming center revenues hit records. $NVDA  stock had surged to a record high of $260.50 ahead of the report.

Graphic Chips maker NVidia smashed earnings expectations in first quarter earnings as the Datacenter and gaming center revenues hit records. $NVDA  stock had surged to a record high of $260.50 ahead of the report. “The GPU computing approach we have pioneered is ideal for filling this vacuum. And our invention of the Tensor Core GPU has further enhanced our strong position to power the AI era,” said Nvidia CEO Jensen Huang.

During the quarter, Nvidia returned $746 million to shareholders through a combination of $655 million in share repurchases and $91 million in dividends. In the whole of 2019, the company intends to return $1.25 billion to stockholders.

NVIDIA’s outlook for the second quarter of fiscal 2019 is as follows: 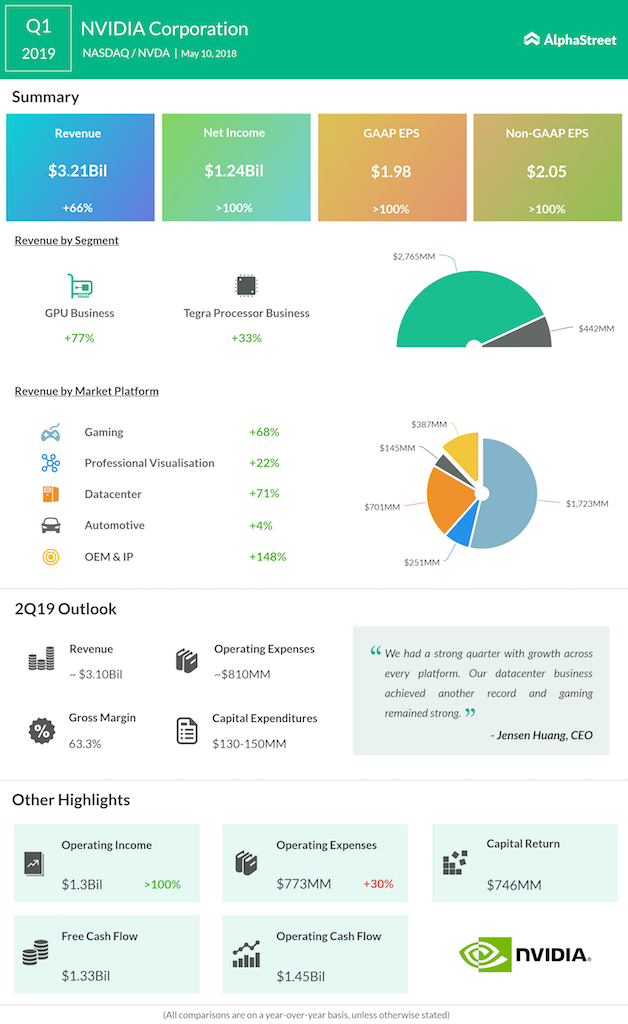