New U.S. oil rigs put into service accelerated higher this week with 15 new rigs as U.S. oil production held at record highs this week.  The rise in production continued with bottlenecks that have hit the Midland price differential but still oil rigs in the Permian rose 11 this week.

New U.S. oil rigs put into service accelerated higher this week with 15 new rigs as U.S. oil production held at record highs this week.  The rise in production continued with bottlenecks that have hit the Midland price differential but still oil rigs in the Permian rose 11 this week.

Canada took down 3 oil rigs to 35 in the past week General Electric Co’s Baker Hughes reported. 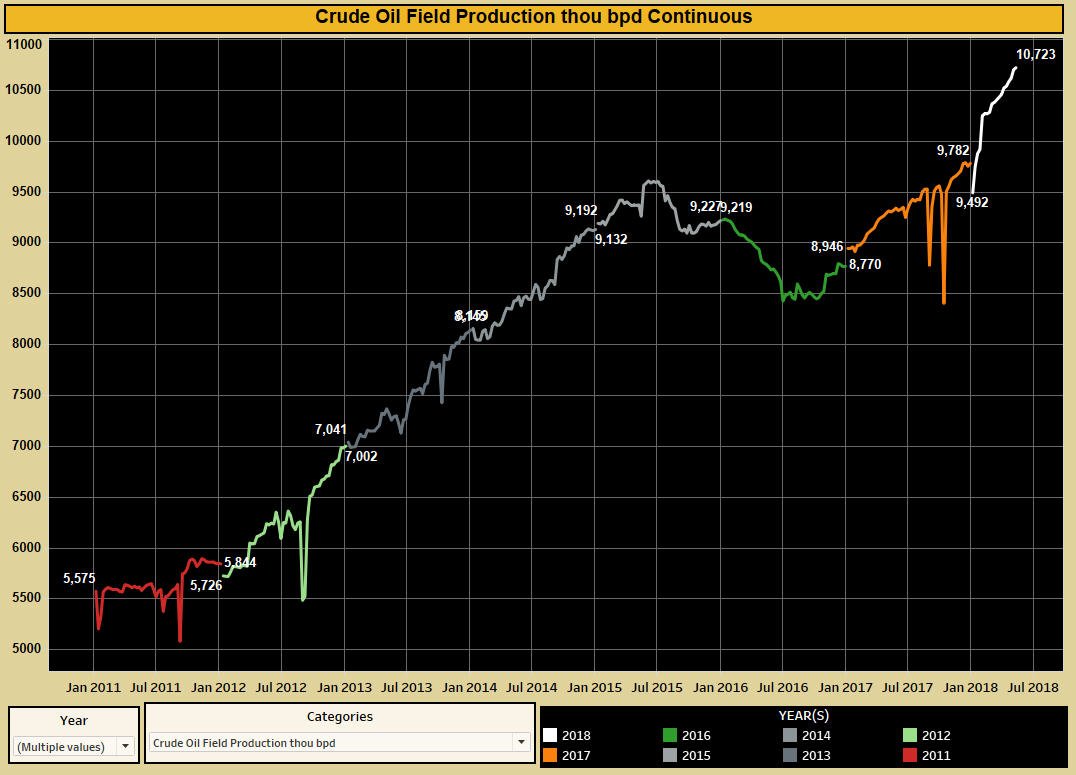