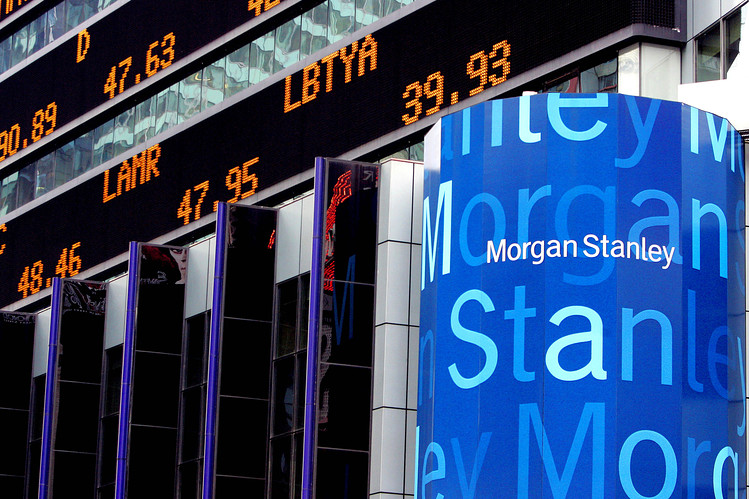 Morgan Stanley’s second-quarter 2018 earnings of $1.30 per share beat the consensus estimate of $1.08 and up 49%  from the prior-year quarter. Excluding net discrete tax benefits of $88 million in the reported quarter, adjusted earnings were $1.25 per share. Net income applicable to Morgan Stanley was $2.4 billion, up 39% year over year. Net revenues were $10.6 billion, a rise of 12% from the prior-year quarter ahead of the consensus estimate of $10 billion. Pre-tax income from continuing operations totaled $1.2 billion, up 9% on a year-over-year basis. Net revenues were $4.3 billion, increasing 4% from the prior-year quarter, driven by higher asset management fee revenues and net interest income, partly offset by a decline in transactional revenues.

Pre-tax income from continuing operations was $140 million, down 1% from the year-ago quarter. Net revenues were $691 million, a rise of 4% year over year. The increase reflected higher asset management fees, partly offset by a fall in investment revenues. As of Jun 30, 2018, total assets under management or supervision were $474 billion, up 9% on a year-over-year basis.

During the reported quarter, Morgan Stanley bought back around 24 million shares for nearly $1.25 billion. This was part of the company’s 2017 capital plan. Further, following the Federal Reserve’s approval of its capital plan, Morgan Stanley announced a 20% hike in quarterly dividend to 30 cents per share. Further, the company authorized $4.7 billion worth of share buyback plan.

Broad-based revenues growth, positive operating leverage, and a lower comp ratio drove EPS above consensus and pushed its ROE toward the 15% area. Relative to consensus, revenues in trading (both FICC and equities), IB (advisory, ECM and DCM) and investment management all came in above expectations, while wealth management was below (though its pre-tax margin and flows were solid).

After unveiling new targets including a 10-13% ROE (11.5-14.5% ROTCE), a 26-28% WM pre-tax margin and a sub-73% efficiency ratio on last quarter’s conference call, MS exceeded all these metrics on the first try. Trading at 1.6x tangible book, the market seems to reflect expectations of improved performance. Still, language regarding capital distribution in CCAR 2018 appeared more cautious.