Working gas in storage was 3,623 Bcf as of Friday, November 19, 2021, according to EIA estimates. This represents a net decrease of 21 Bcf from the previous week. Stocks were 320 Bcf less than last year at this time and 58 Bcf below the five-year average of 3,681 Bcf. At 3,623 Bcf, total working gas is within the five-year historical range. 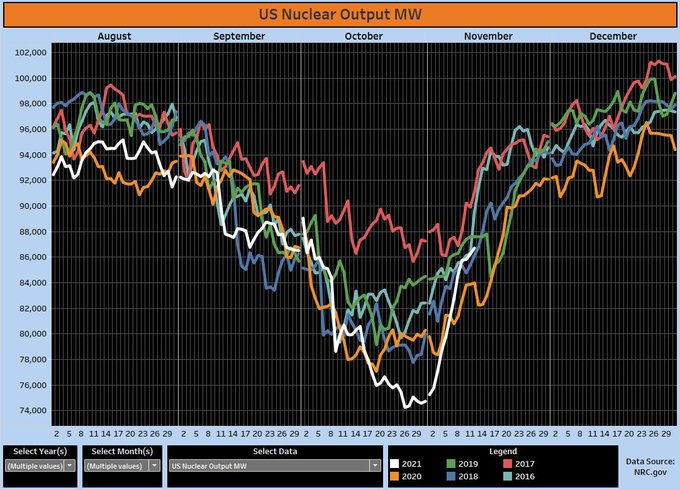