“Solid performance across all of our major businesses drove the strongest first-half returns in nine years. With a healthy economic backdrop and deep client franchises, the firm is well-positioned to invest in attractive opportunities to meet the needs of our clients and continue to generate earnings growth.” ~ Lloyd C. Blankfein, Chairman and Chief Executive Office

Last month the Federal Reserve restricted the payout plans of  $GS after the bank’s numbers they submitted for annual stress tests fell below Fed targets. The Fed opted not to fail the bank regardless, instead giving them a “conditional” pass.

“We are well positioned to serve our clients as the global economy continues to show strength and central banks unwind certain aspects of policy stimulus,  We are also broadening our client base and further diversifying our businesses to drive more revenue and earnings growth for the firm.” Chairman and CEO Lloyd Blankfein said in a statement. 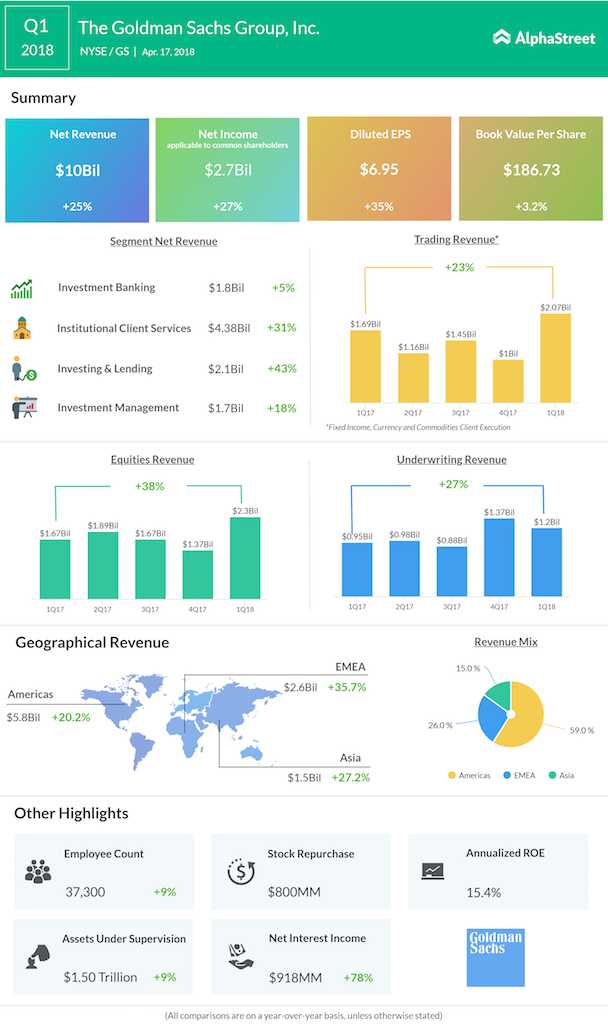