Had carried satellites for seven customers, including a number for UK firms, a US-UK military mission, Oman’s first-ever orbiter. 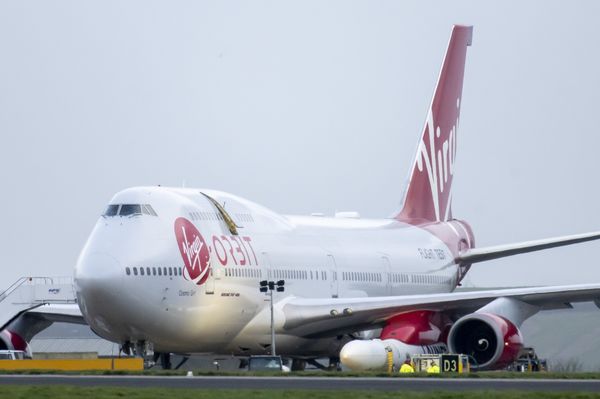 A rocket launched from a Boeing 747 jumbo that took off from southwest England suffered a malfunction deep into the mission, leading to the loss of its payload of nine satellites. The crew of the aircraft returned safely.

While failed space shots aren’t unusual, the unfortunate outcome of the UK endeavor carries additional weight after the patriotic fanfare that had been attached to putting Britain — a world-leading satellite producer but lacking launch capability — on the space map.

“At some point during the firing of the rocket’s second-stage engine and with the rocket traveling at a speed of more than 11,000 miles per hour, the system experienced an anomaly, ending the mission prematurely,” it said.

The failed mission, named Start Me Up after the Rolling Stones song, had carried satellites for seven customers, including a number for UK firms, a US-UK military mission, and Oman’s first-ever orbiter.

Deployment of small satellites as surged amid the drive to create new mega constellations for broadband communications. Global launches, many of them by privately held enterprises like Elon Musk’s Space Exploration Technologies Corp., have increased threefold to 1,700 satellites a year since 2012 and are expected to double again by 2030, according to the UK Space Agency.

Virgin Orbit had put plans for a pre-Christmas launch on hold amid last-minute snags, but managed to get the mission away in the first of multiple new windows it set out.

The modified 747 “Cosmic Girl” took off from Spaceport Cornwall at 10:02 p.m. local time, carrying the LauncherOne rocket beneath its wing. At an altitude of roughly 35,000 feet, LauncherOne successfully deployed and fired up, at which point the mission appeared headed for success.