The ECB left rates and QE on hold today and in President Draghi’s ECB press conference he did his best to be dovish. Despite this the EURUSD Broke 14 month highs and the EURGBP broke highs since the Trump election. 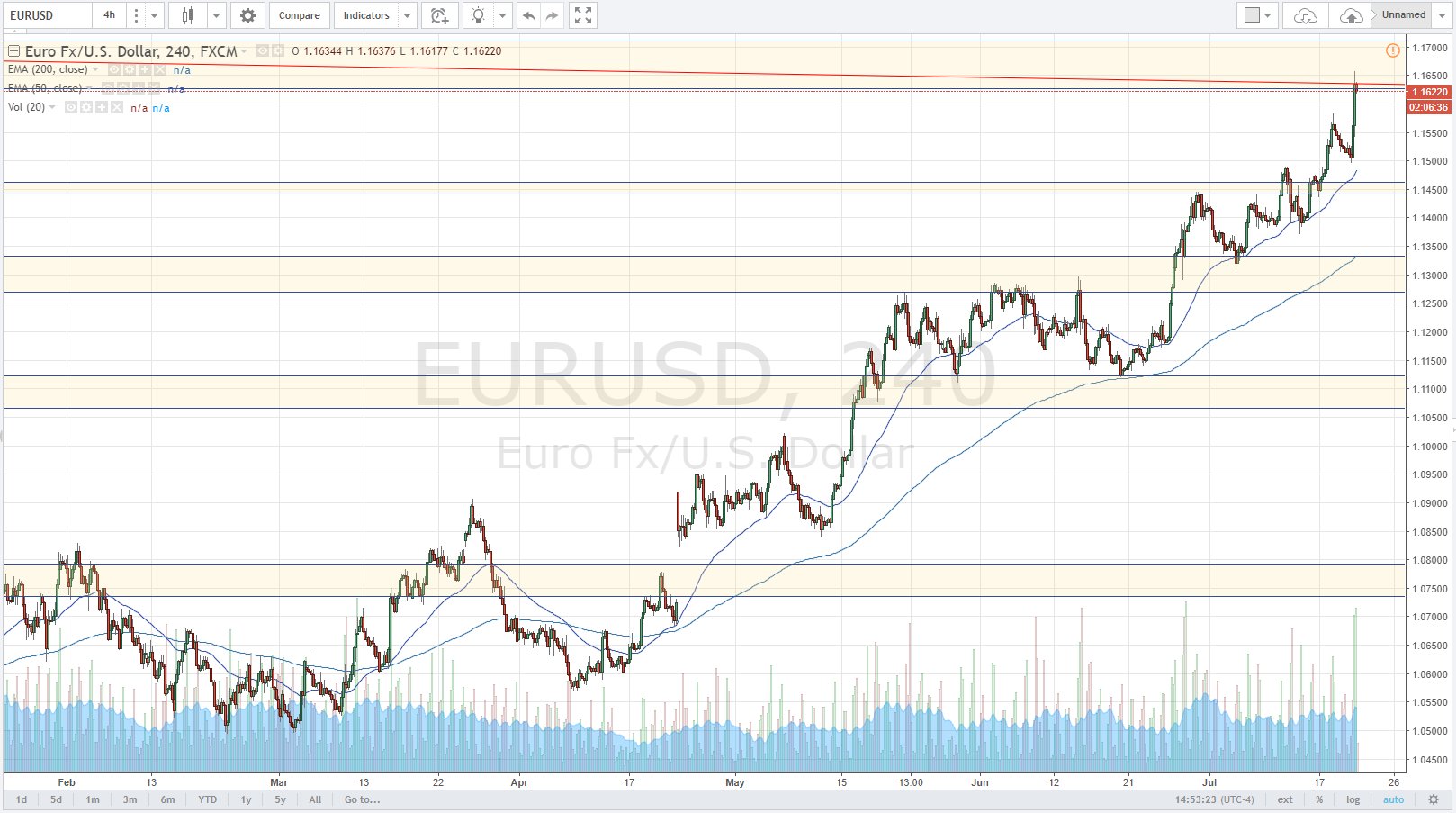 The ECB left interest rates and QE on hold today and at the following ECB President Draghi’s press conference he did his best to be dovish. Despite this the EURUSD Broke 14 month highs and the EURGBP broke highs since the Trump election. The were a number of reasons traders bought the Euro today, much of it has been building up over the past month or so.

The big question how much of this is built into the price, it has steadily risen since May. Was this years low the base of a major cycle? 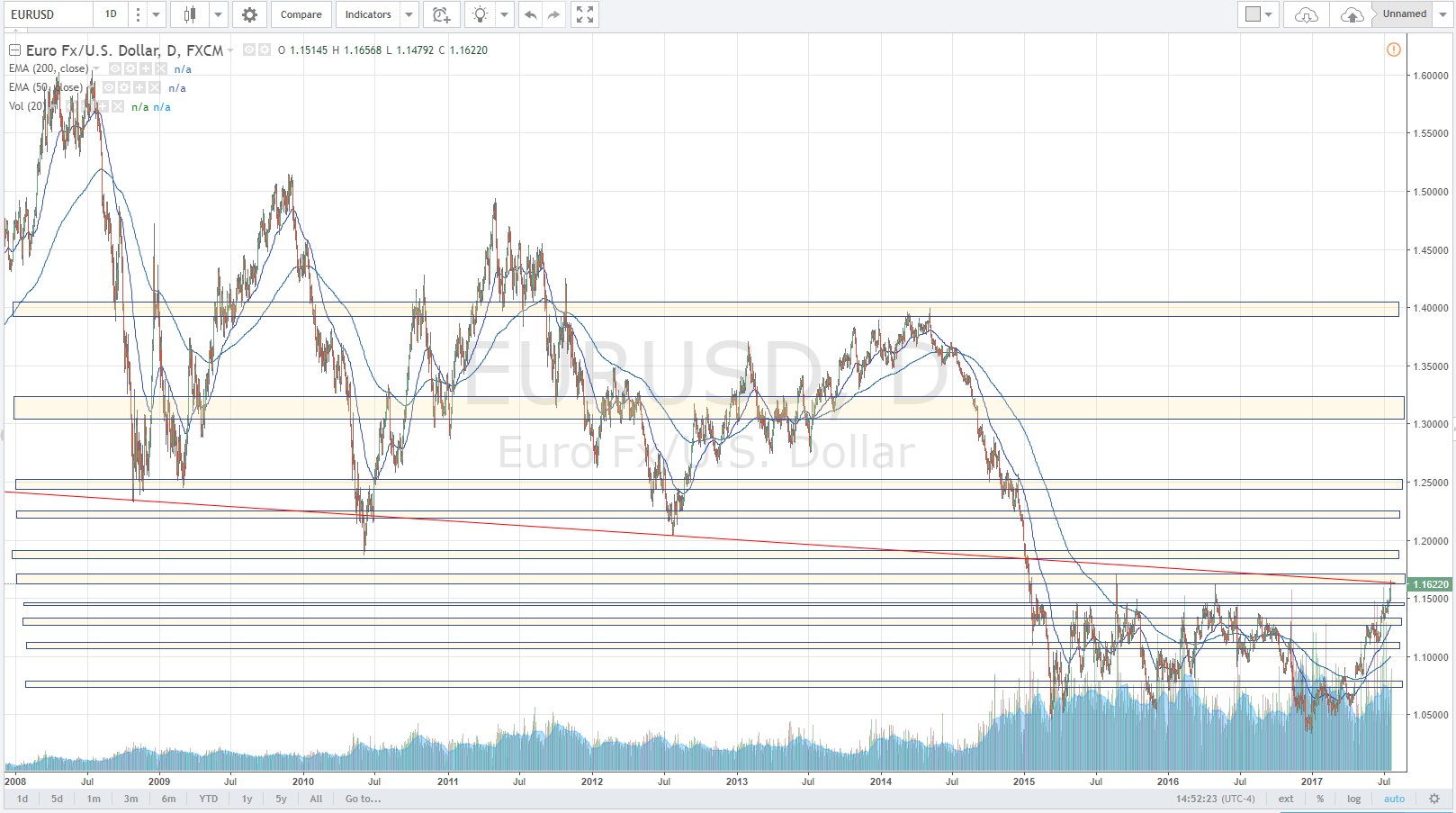 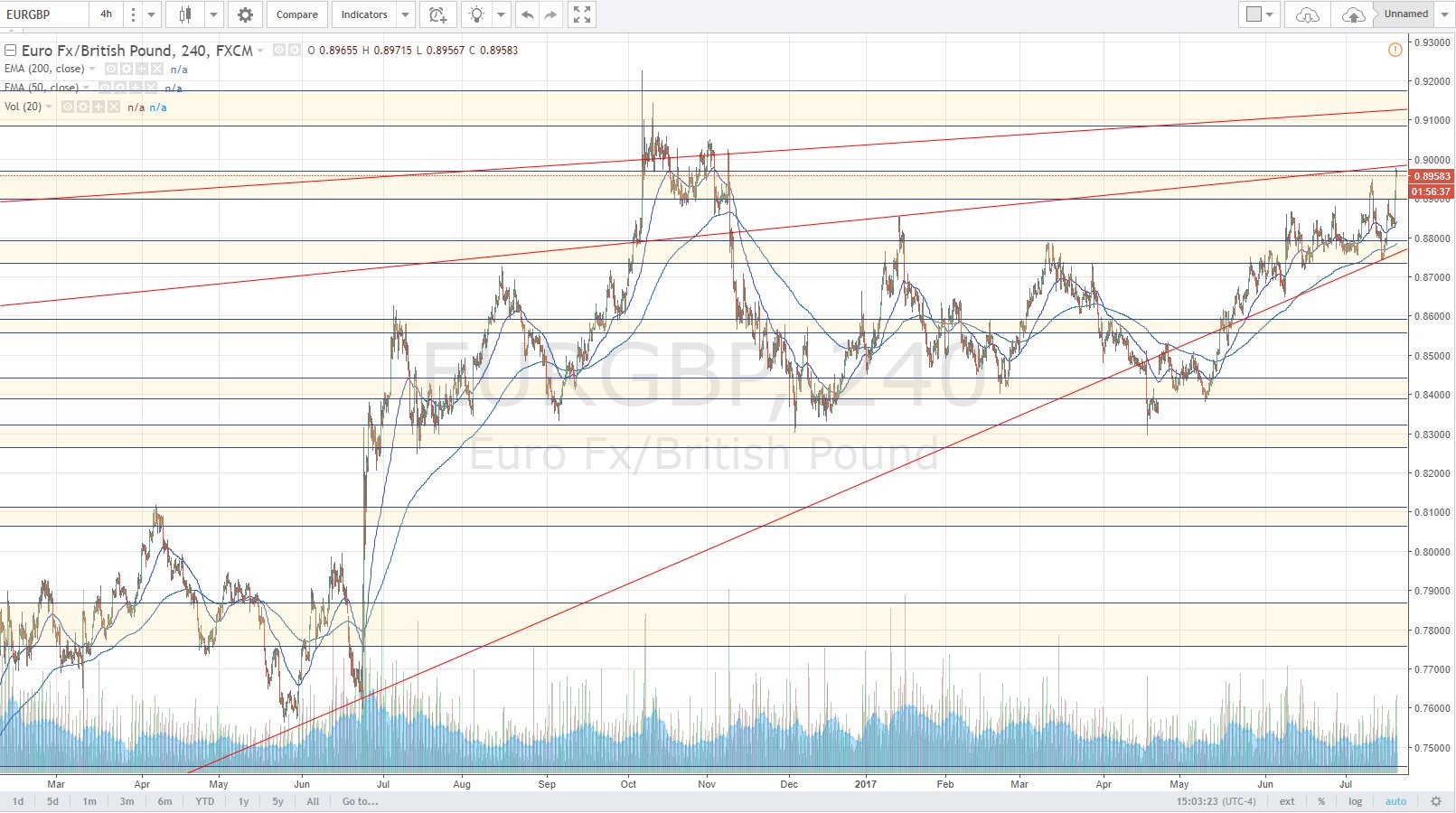 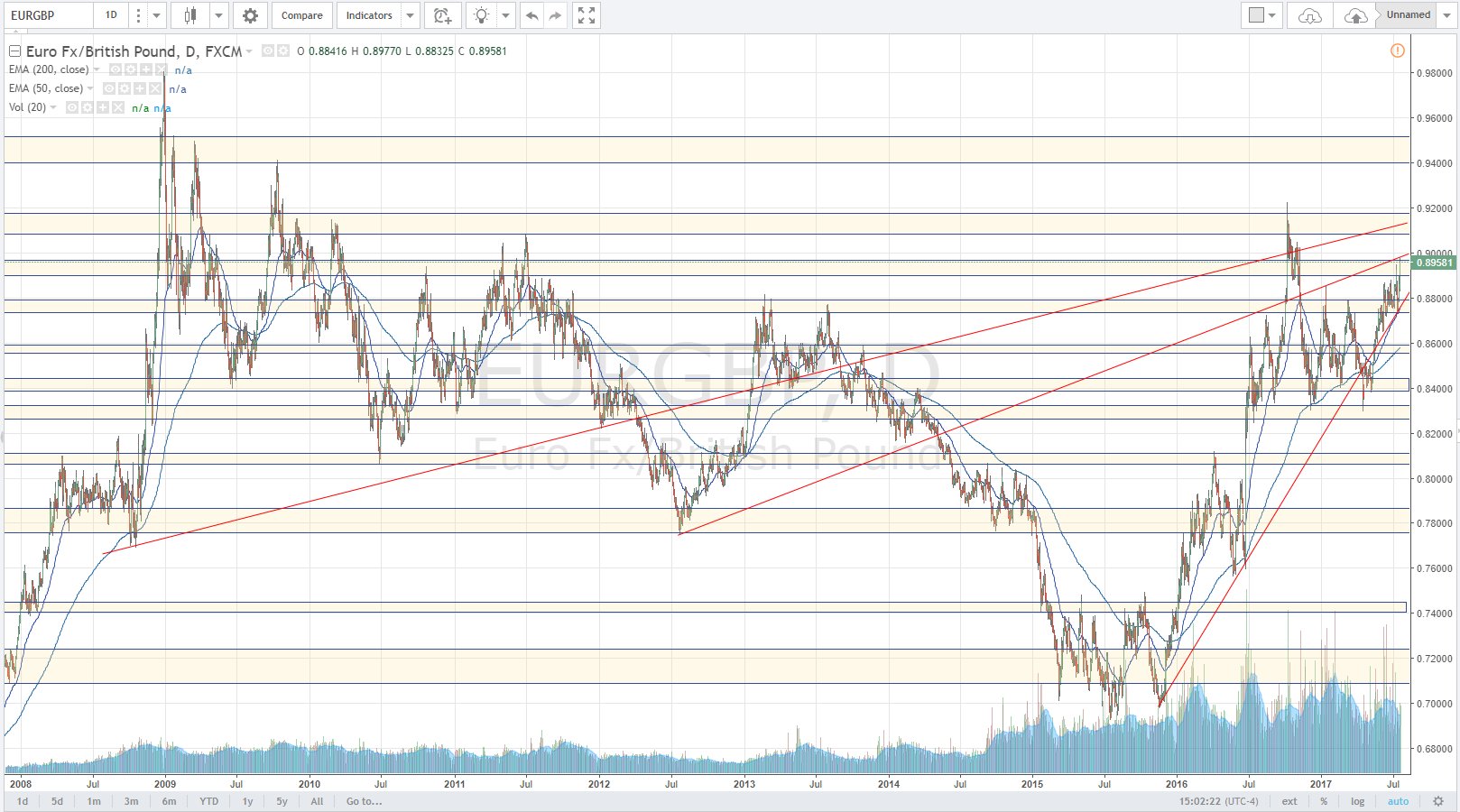