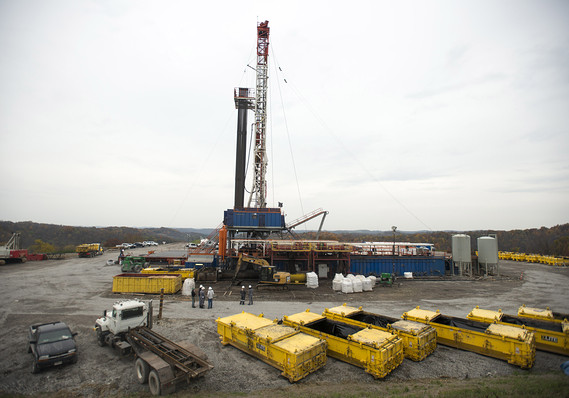 EQT Corporation $EQT reported stronger than expected second quarter earnings.  The gain was primarily due to an increase in natural gas prices.

Rice’s pipeline assets give $EQT the opportunity to bring more of its natural gas to markets. Markets including the  including the Gulf and the ability benefit from benchmark pricing at Henry Hub making for more liquid hedging and trading.

Steve Schlotterbeck, president and chief executive officer, stated, “Significant sales volume growth and an increase in the average realized price contributed to our strong second quarter results. We were also able to ramp up execution of our consolidation strategy by entering into an agreement to acquire Rice Energy.”

Schlotterbeck continued, “Rice is an outstanding strategic and operational fit for us and we anticipate the combined entities will capture significant operating efficiencies, improve overall well economics, and deliver stronger returns to our shareholders. With our asset position in one of the most prolific natural gas basins in the world, we remain confident in our ability to drive both near- and long-term value creation.”

QT Corp is now primed to become the largest producer of natural gas in the United States. After closing the Rice deal EQT’s output will total 3.6 billion cubic feet per day of natural gas, going ahead of the U.S. production of Exxon Mobil and Chesapeake Energy.

The RICE buy extends EQT’s reserves in the Marcellus and Utica shale regions.
Via Market Realist

“This transaction brings together two of the top Marcellus and Utica producers to form a natural gas operating position that will be unmatched in the industry,” EQT President and CEO Steve Schlotterbeck said in a statement.

Production sales volumes for 2017 are projected in the range of 825–840 billion cubic feet equivalent (Bcfe). Liquids volumes are estimated at 19,050–19,650 thousand barrel of oil equivalent (MBBl).