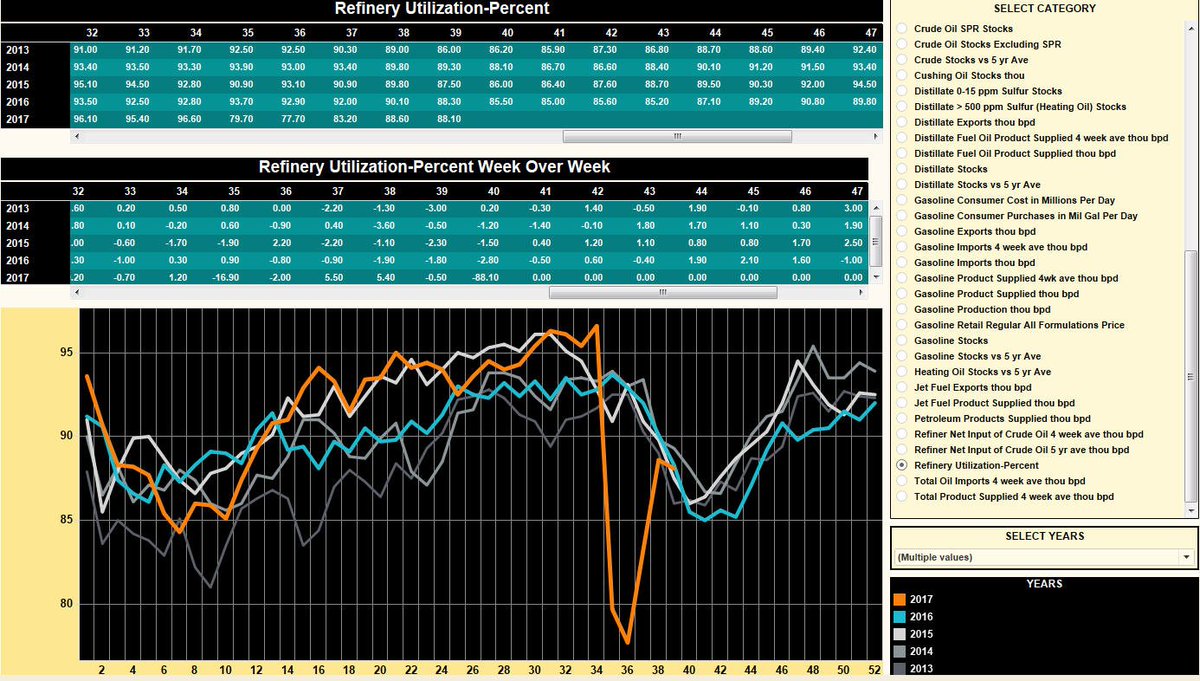 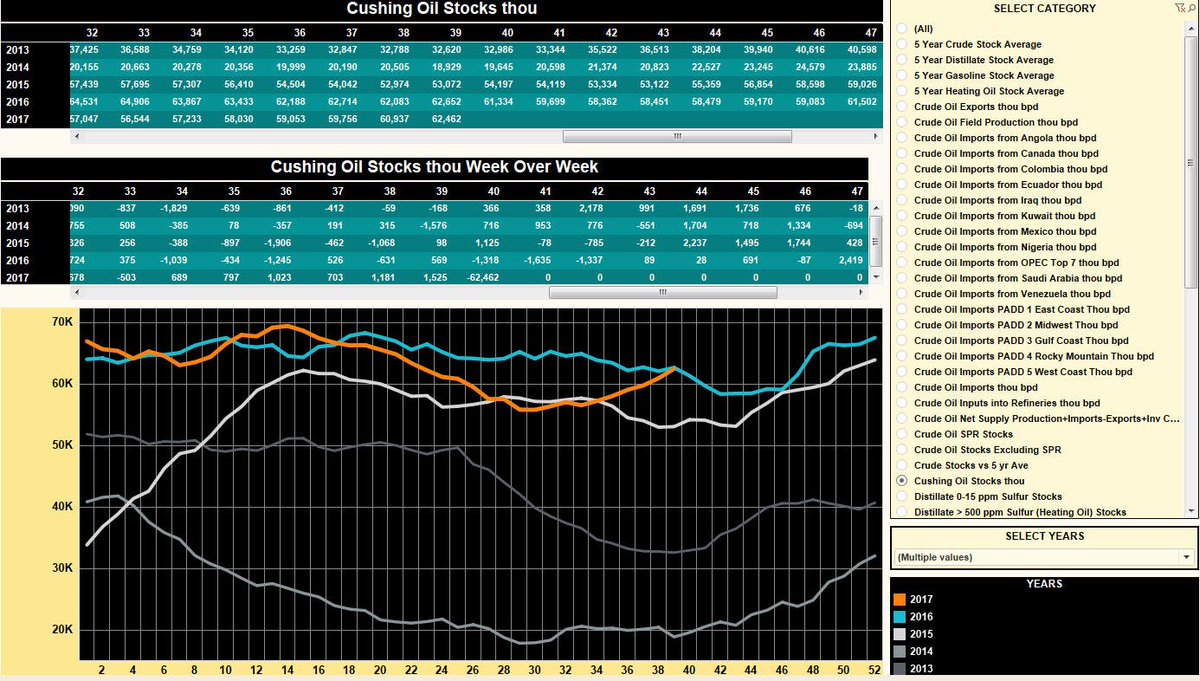 The American Petroleum Institute reported Tuesday that U.S. crude supplies fell for a second week in a row, by 4.1 million barrels for the week ended Sept. 29, according to sources. The API data, however, also showed that gasoline stockpiles rose 4.2 million barrels, while inventories of distillates declined by 584,000 barrels, sources said. Supply data from the Energy Information Administration will be released Wednesday morning. Analysts polled by S&P Global Platts expect the EIA to report a fall of 1.5 million barrels in crude inventories, along with a climb of 1.5 million barrels for gasoline and decline of 2.4 million barrels for distillate supplies. “The crude draws continue, but a big build in Cushing [Okla.] and gasoline stocks may slow the momentum,” said Phil Flynn at Price Futures Group. November crude CLX7, +0.32% was at $50.21 a barrel in electronic trading, down from the settlement of $50.42 on the New York Mercantile Exchange.
http://www.marketwatch.com/story/api-data-said-to-show-us-crude-supply-down-but-gasoline-stocks-climb-2017-10-03?mod=mw_share_twitter