The natural gas injection season is upon us. The EIA reported a build of +92 Bcf in natural gas storage last week, as expected as temperatures stayed low after the extreme polar vortex cold. Ahead we focus on LNG and Mexican exports.

The natural gas injection season is upon us. The EIA reported a build of +92 Bcf in natural gas storage last week, as expected as temperatures stayed low after the depths of the extreme polar vortex cold lingered. Ahead we focus on LNG and Mexican exports.

Weather models have been horribly inaccurate as the future’s price makes clear for 2018/2019. The focus will continue on Sabine Pass and Mexico and perhaps LNG exports given Trade Wars are the overhang du jour.

Keep in mind after the wild price action that natural gas the Marcellus break-even is $2.50 and $3.50 is the Haynesville break-even. Both those levels were also impulse exhaustions. 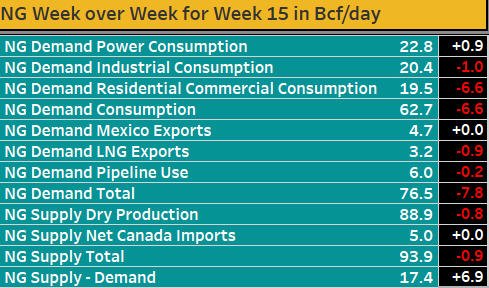 “ Spring has arrived abruptly for much of the East and Midwest, where early April balances are running much looser than usual. US temperatures warmed up 7 degrees week over week, reducing total demand by 8.5 Bcf/d, mostly in residential-commercial. Production, which has increased for the previous three storage weeks in a row, lost a bit of its momentum this week, dropping 0.5 Bcf/d. The majority of production declines came from the Southeast cell region, which contributed 3 Bcf less week over week, with a smaller drop of 1 Bcf from the Northeast. Regardless of how production may underperform, any potential tightness is offset by heating load plummeting in the past two weeks. Modeled estimates for total US demand are at 72.8 Bcf/d, which is about 62 percent of the late-season peak in early April, when demand averaged 116.7 Bcf/d.”- Bentek 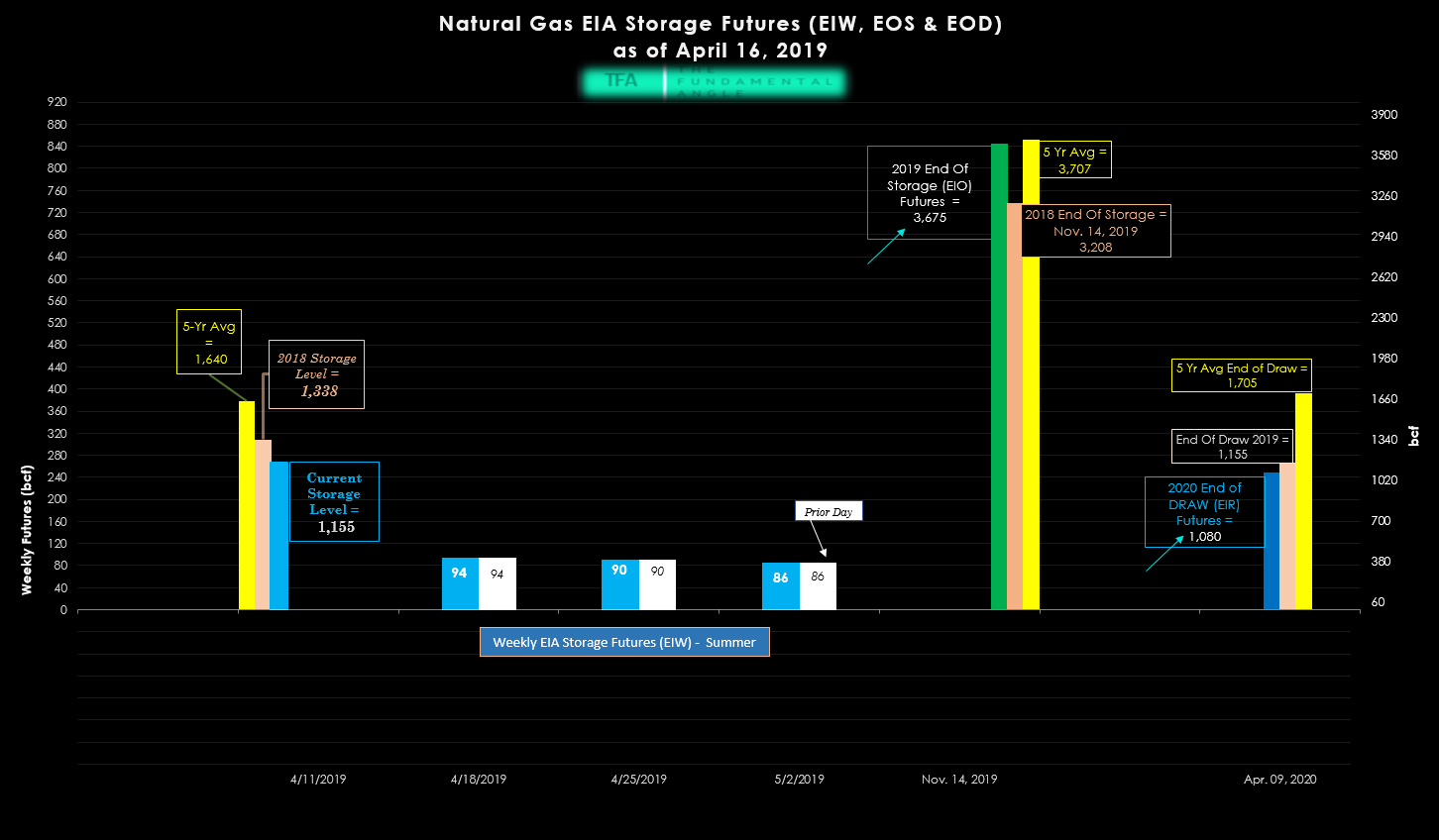 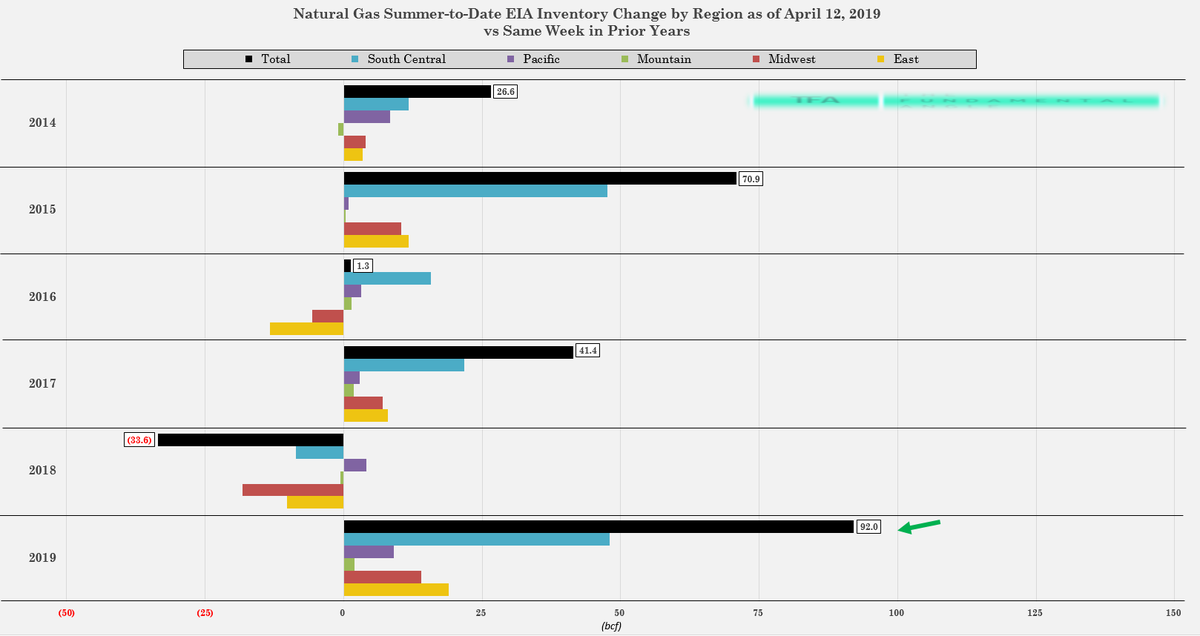 Week 20 of the 18/19 withdrawal season. With 1107 bcf remaining, the remaining withdrawals are estimated to total +25 bcf. 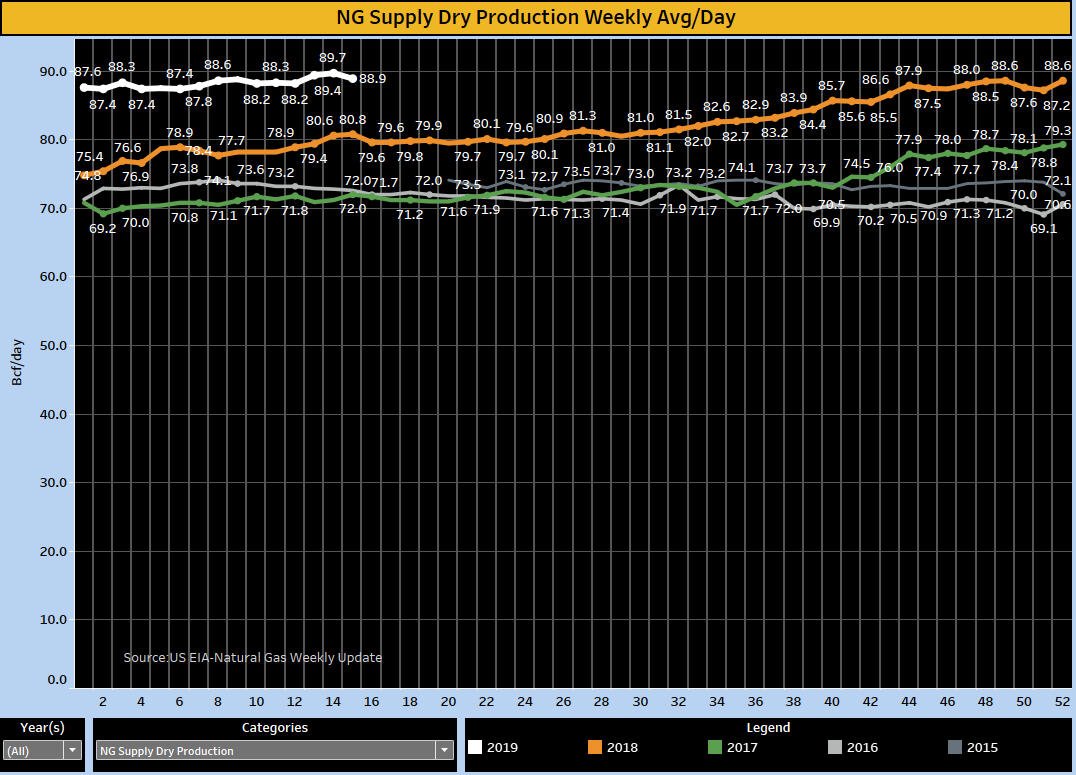 The disaster continues to unfold in the Permian via @BrynneKKelly 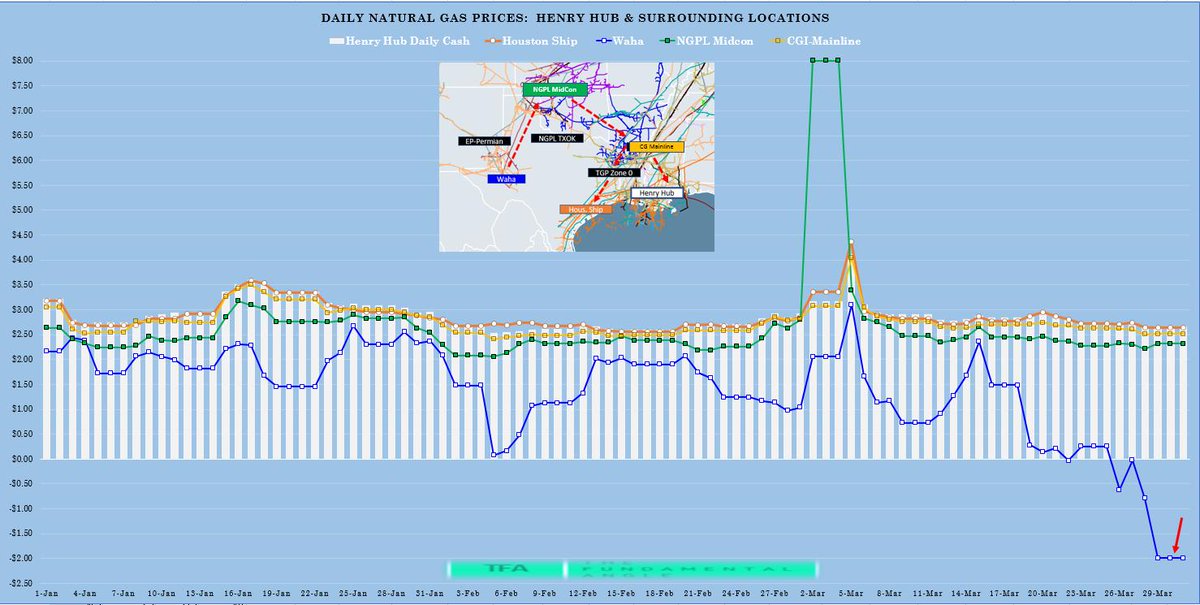 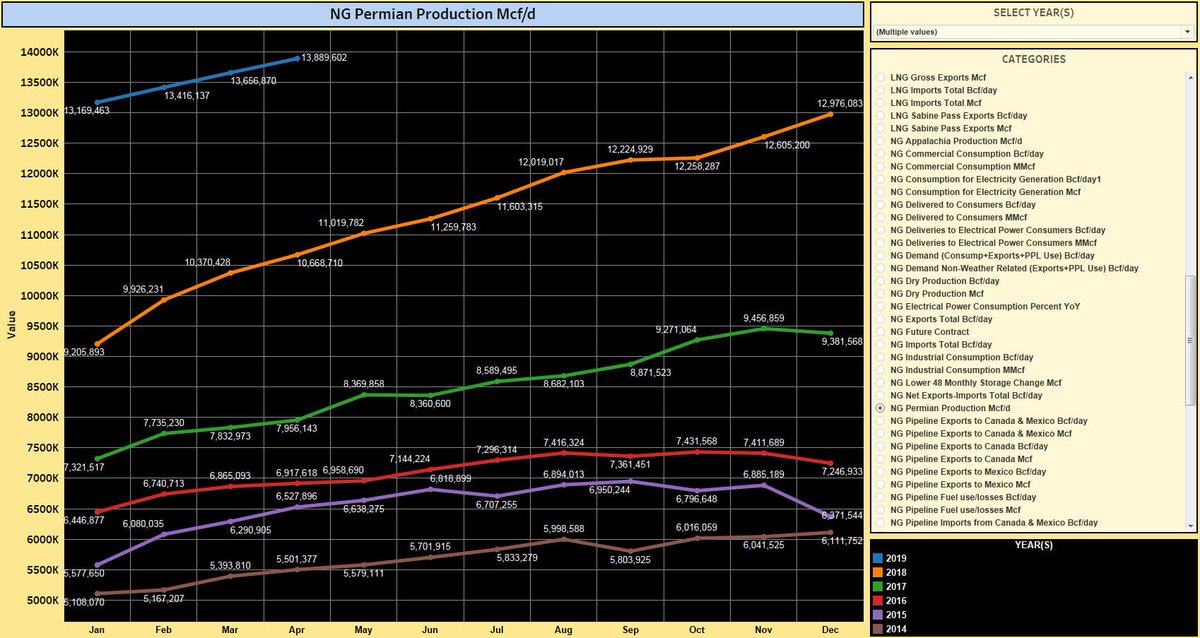 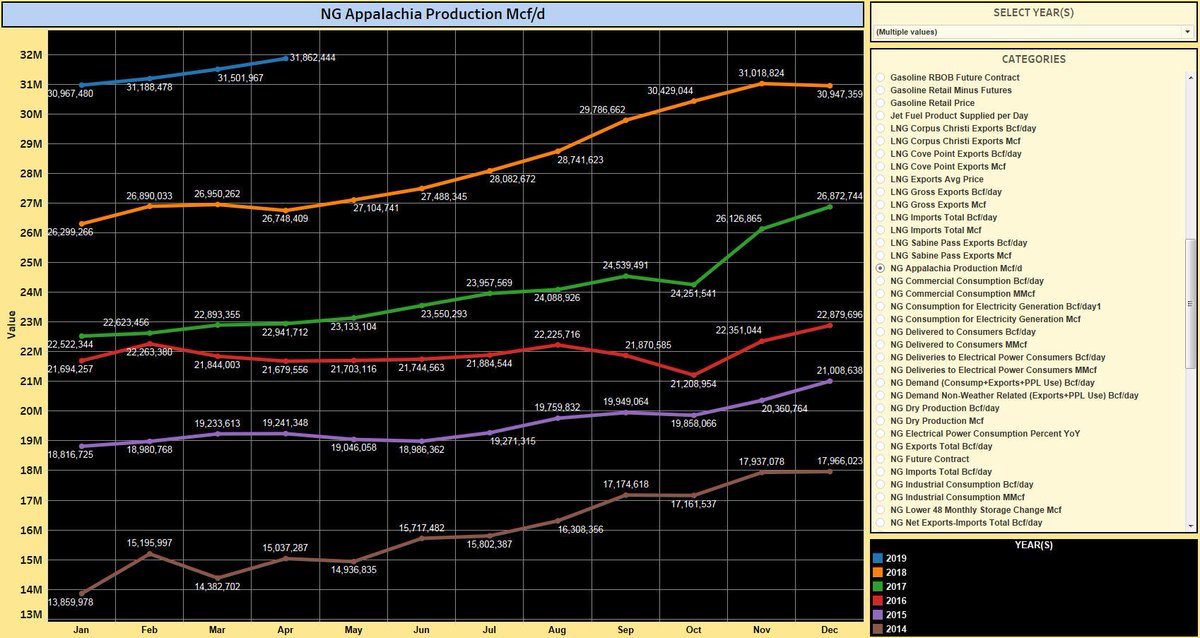 ALERT  Earlier there was a new high for US NG for LNG.Natgas feed to LNG facilities Sabine Pass, Cameron, Elba Island, Cove Point & Corpus Christi combined for Mar 19 was 5.58 Bc 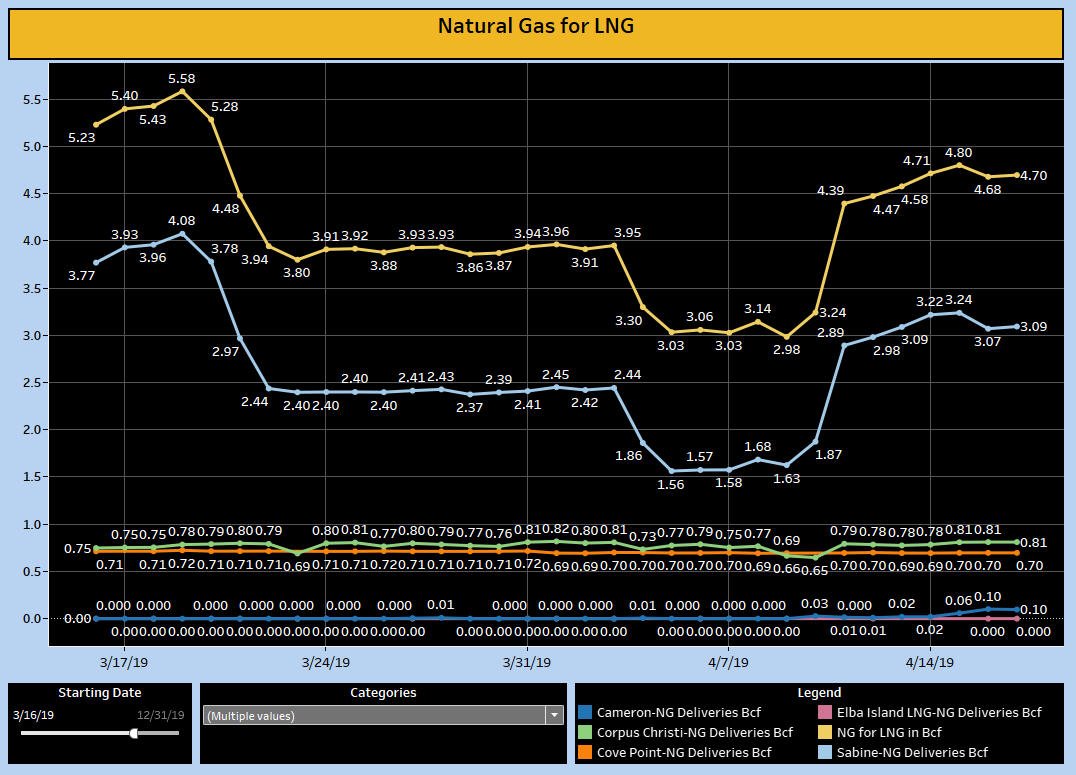 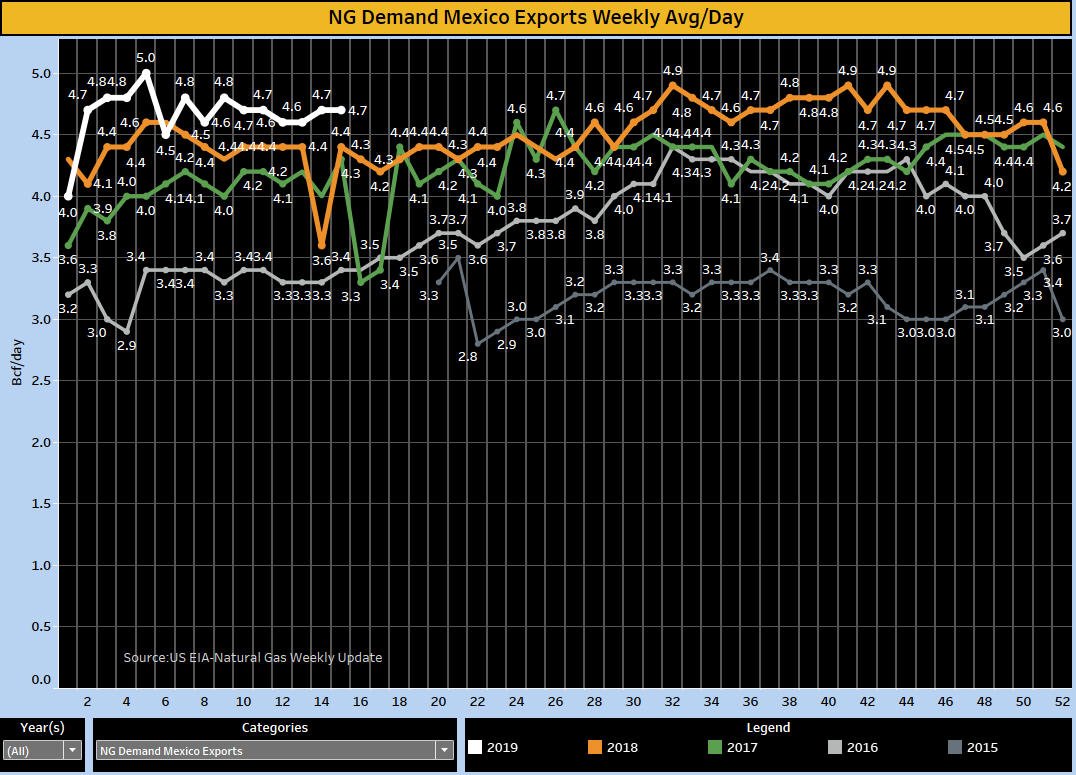 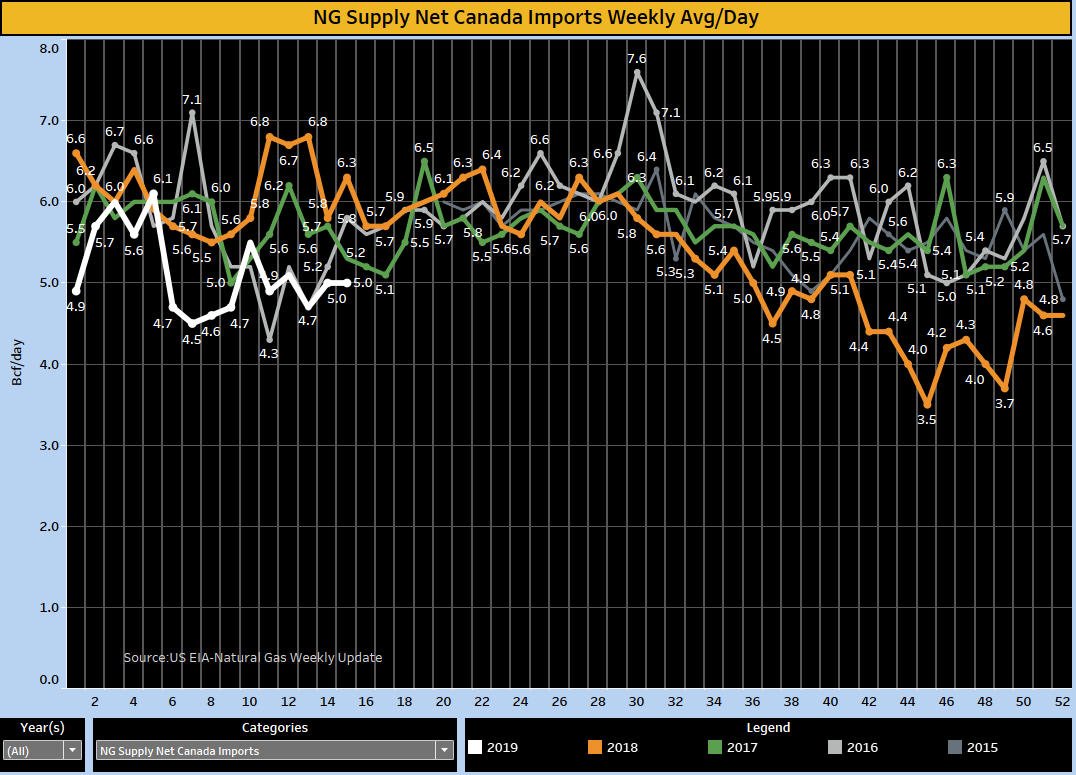 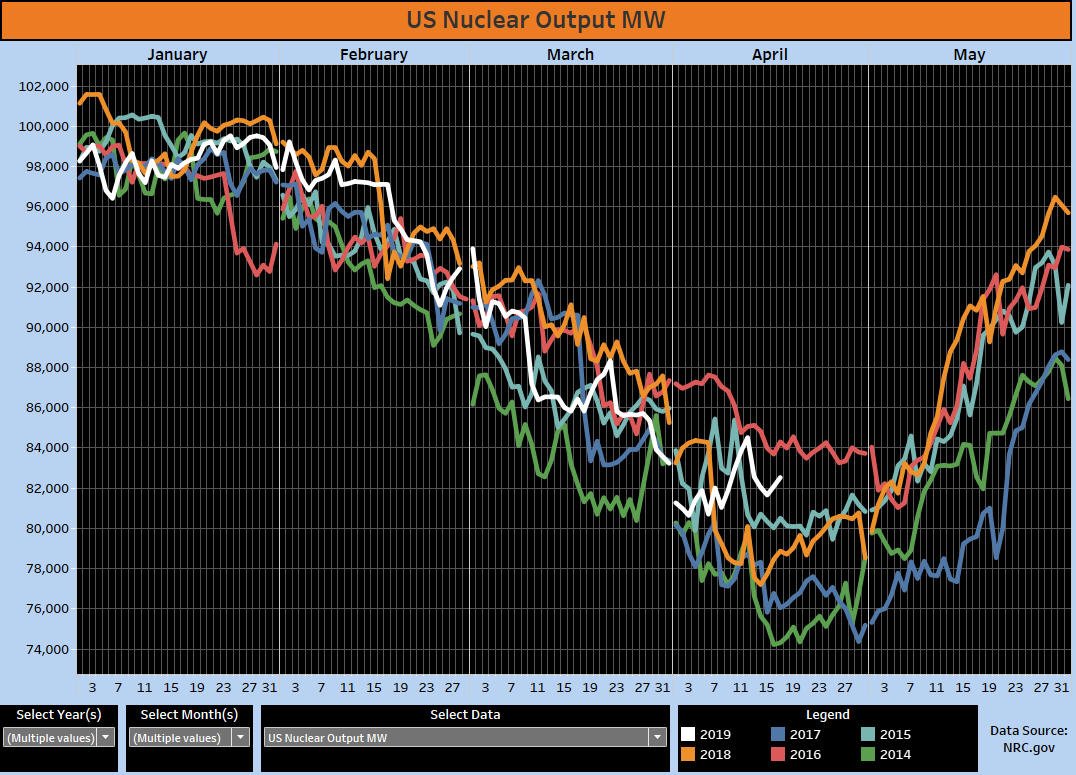 Natural Gas on the weekly view shows the resistance clearly the weekly cloud and previous 61.8% Fibbo converging with the breakdown. Downside clear with 100% also the 2017-18 low