The EIA reported a draw of – 59 Bcf in natural gas storage this week. Inventories are expected to peak this year at 3.24 Tcf: 14% below the 5-year average, the lowest level in at least a decade. Meanwhile Mexican exports near record high as we watch LNG shipments.

The EIA reported a draw of -59 Bcf in natural gas storage this week. Inventories are expected to peak this year at 3.24 Tcf: 14% below the 5-year average, the lowest level in at least a decade. Meanwhile Mexican exports near record high as we watch LNG shipments. 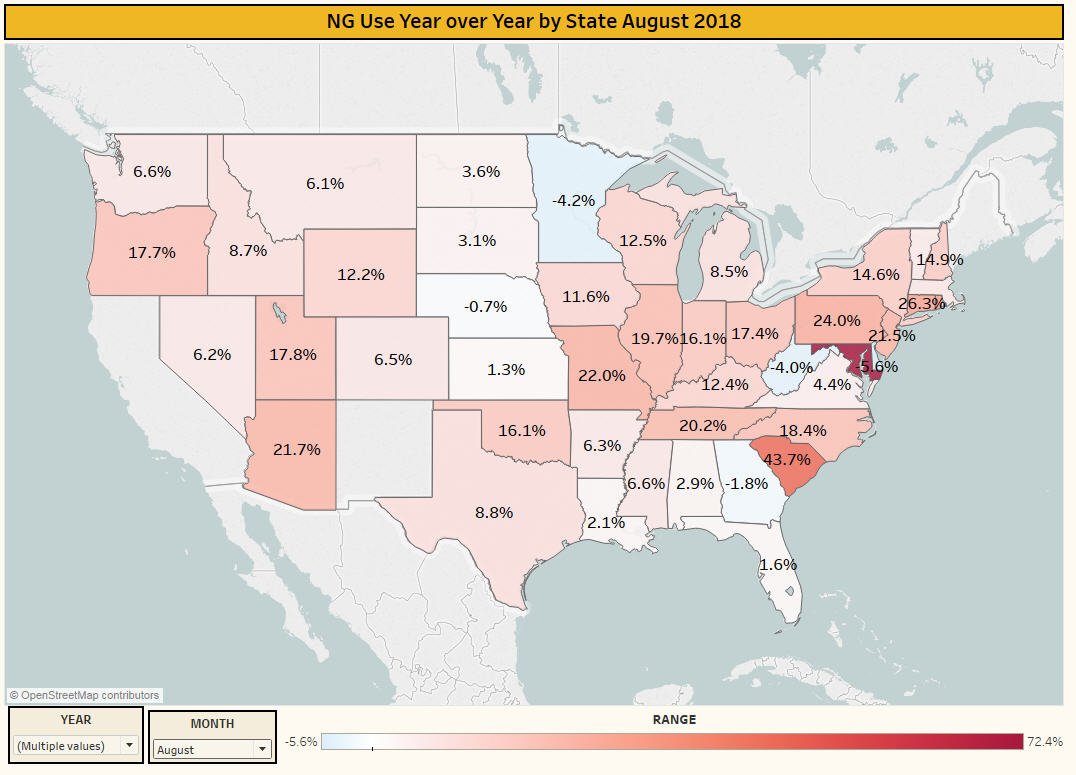 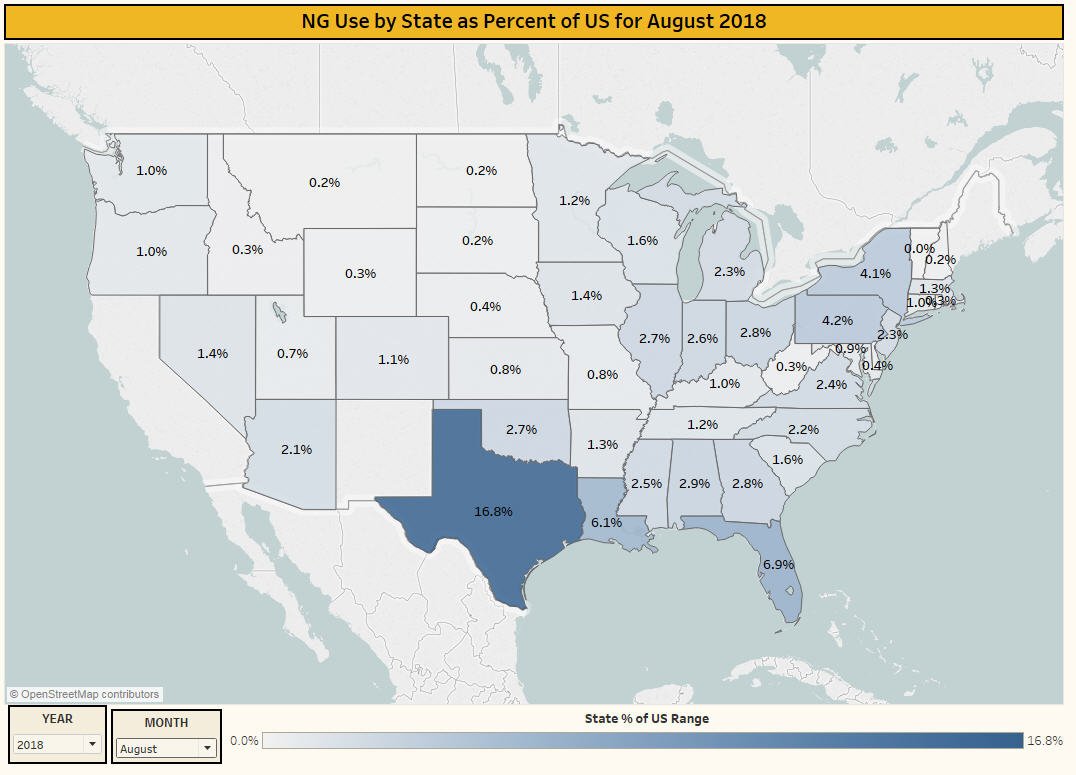 “Although average temperatures across the US warmed up only 1 degree this week, the significantly smaller withdrawal is due to 5 degrees of warming across the Midwest that reduced residential and commercial demand by 2.6 Bcf/d, in addition to the south-central power burn dropping from 14 to 11 Bcf/d,” Bentek says.”  – Bentek 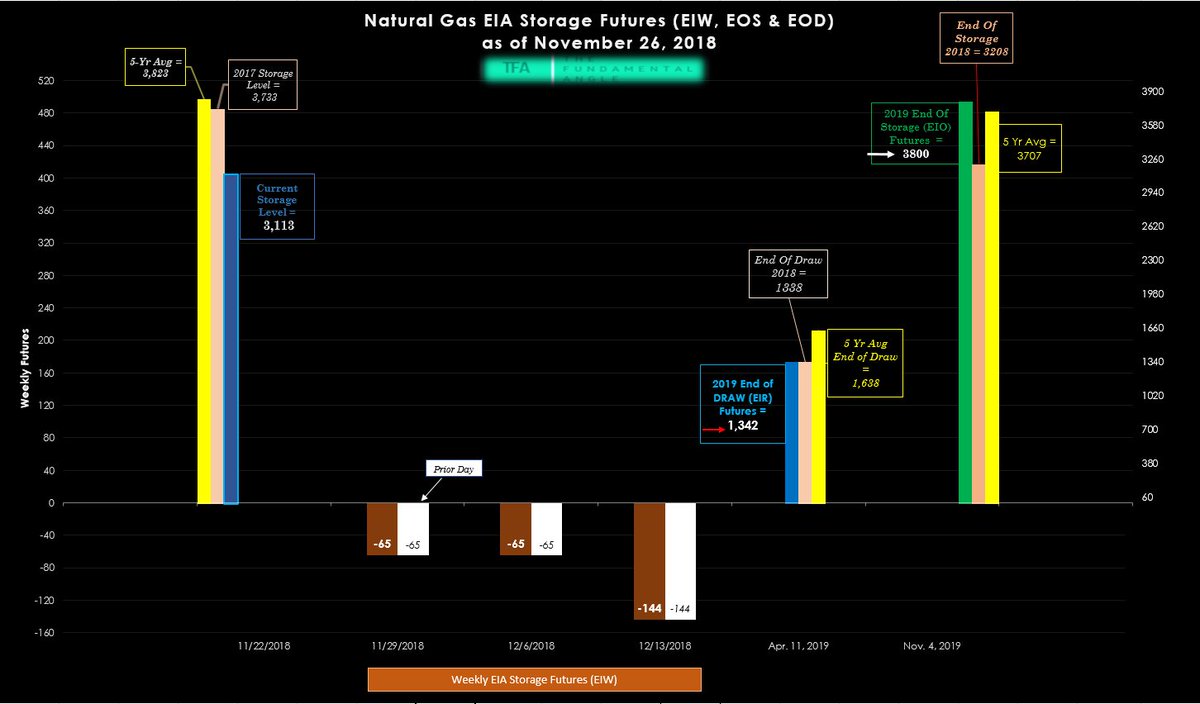 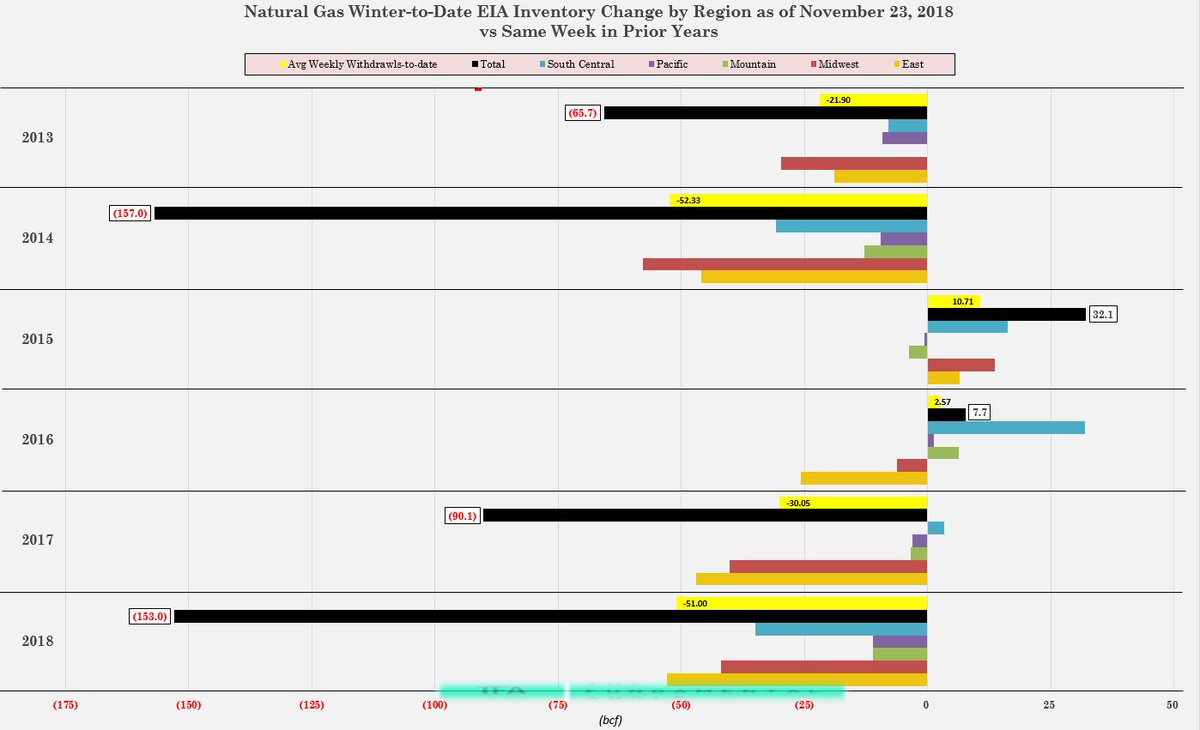 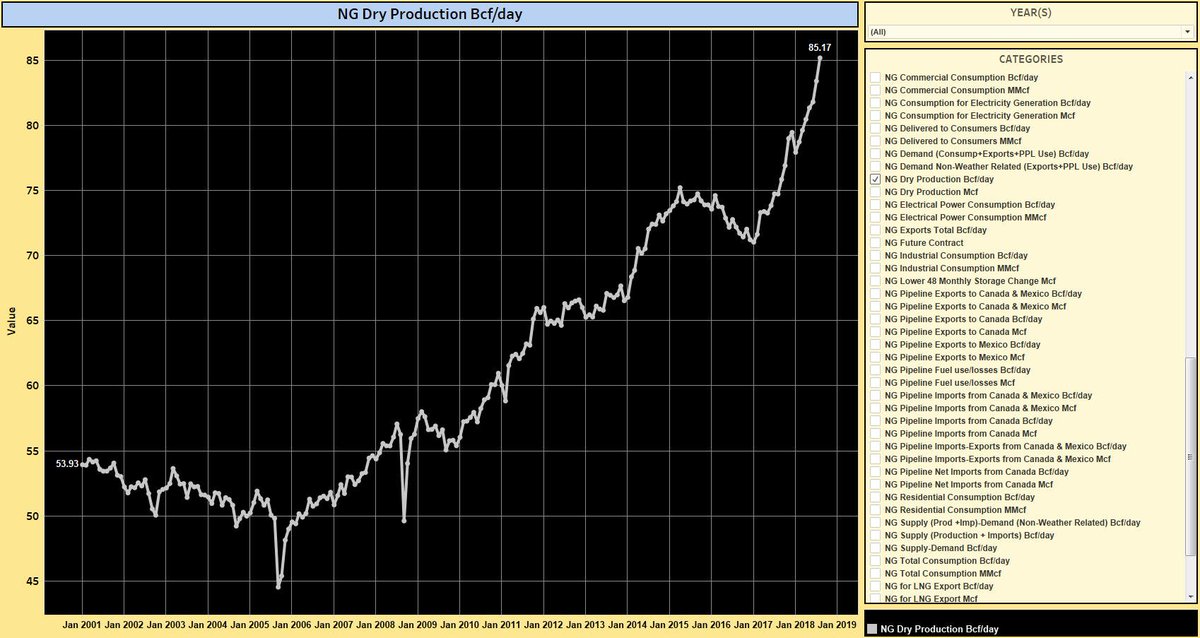 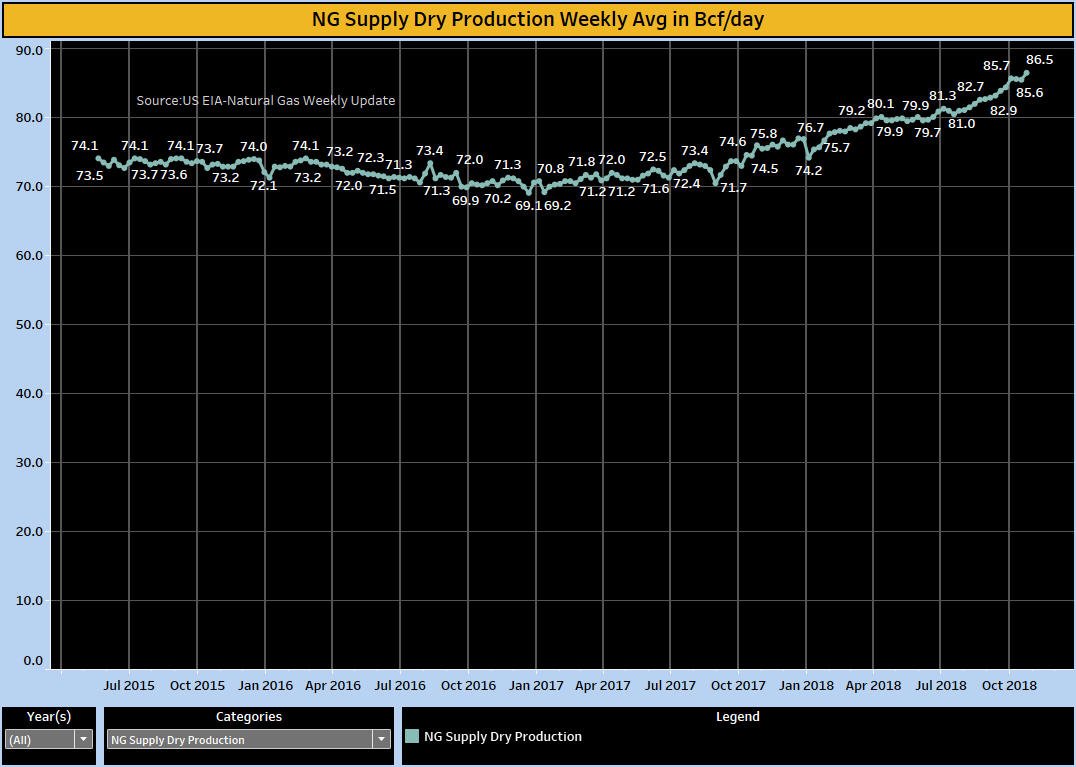 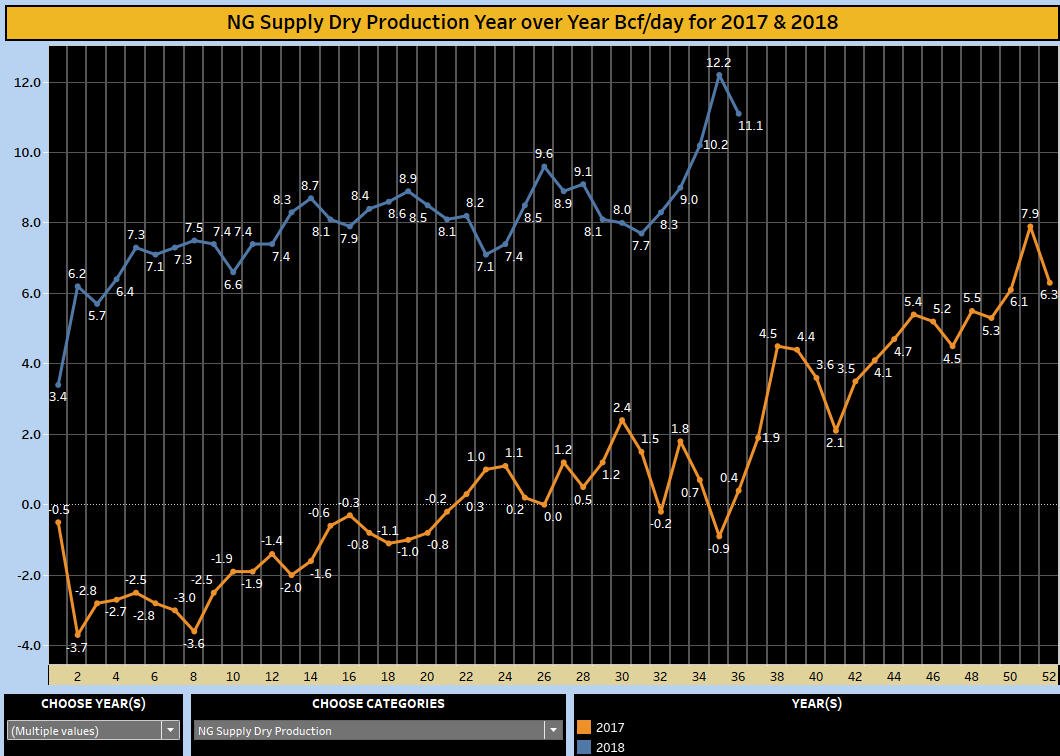 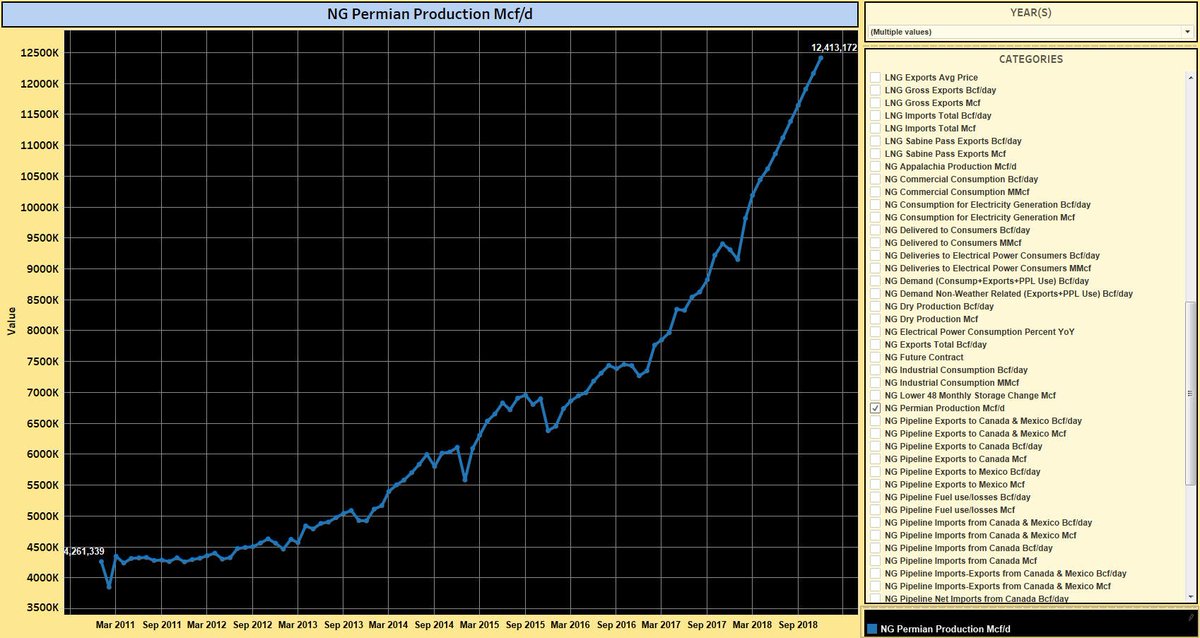 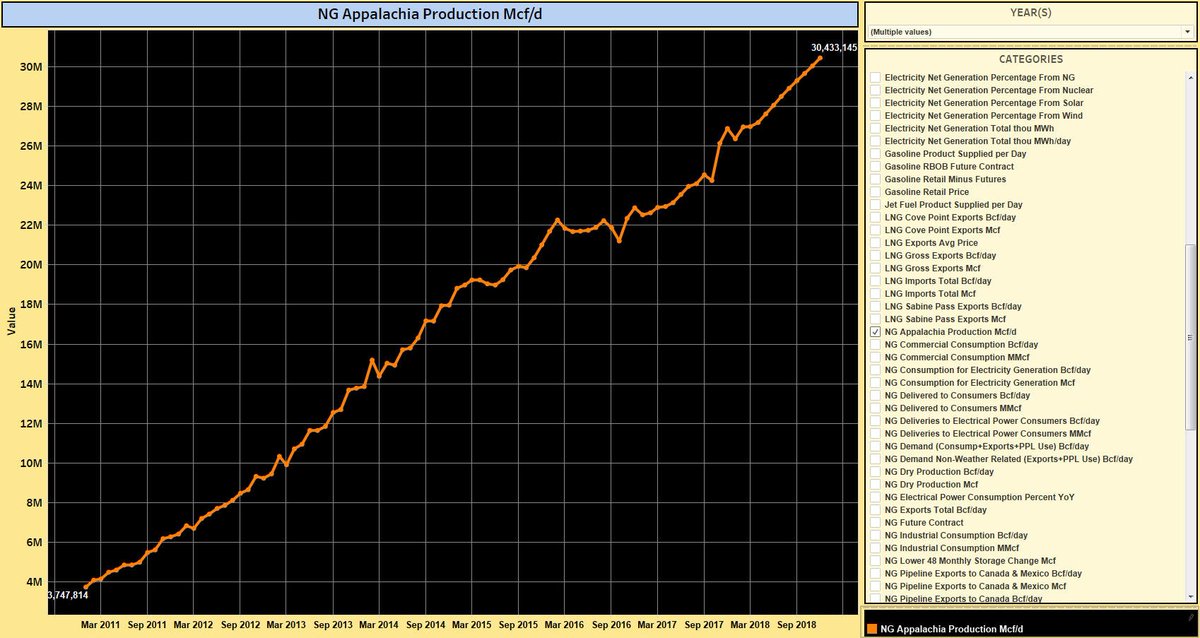 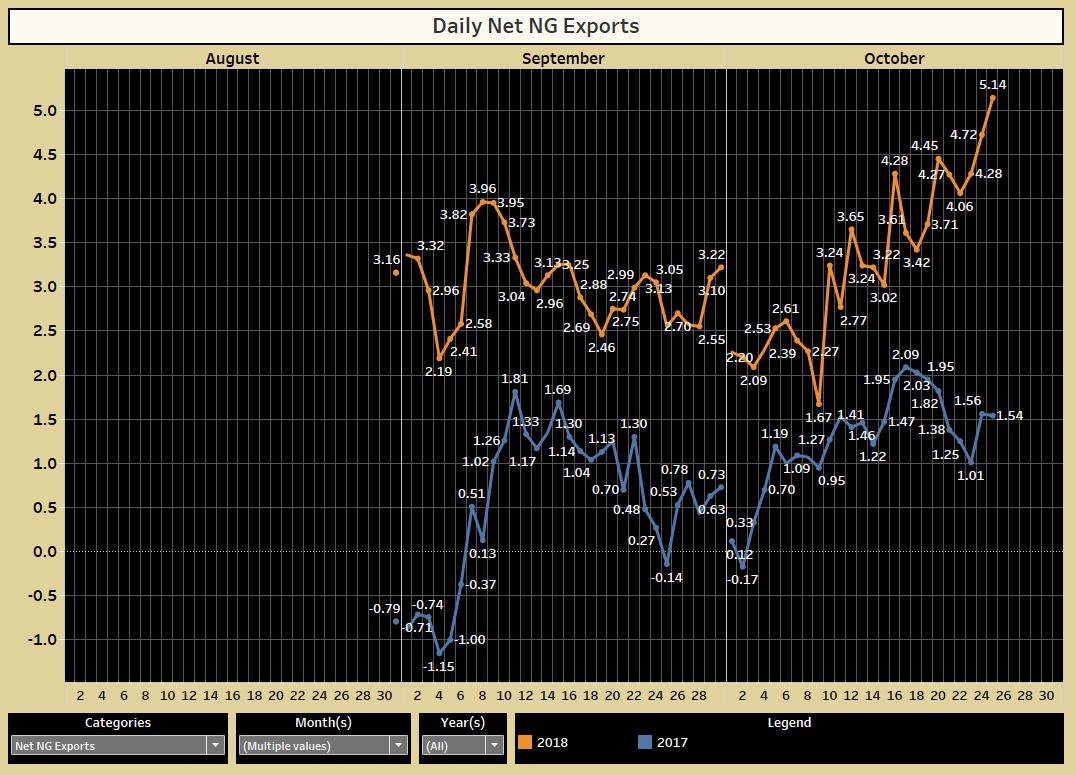 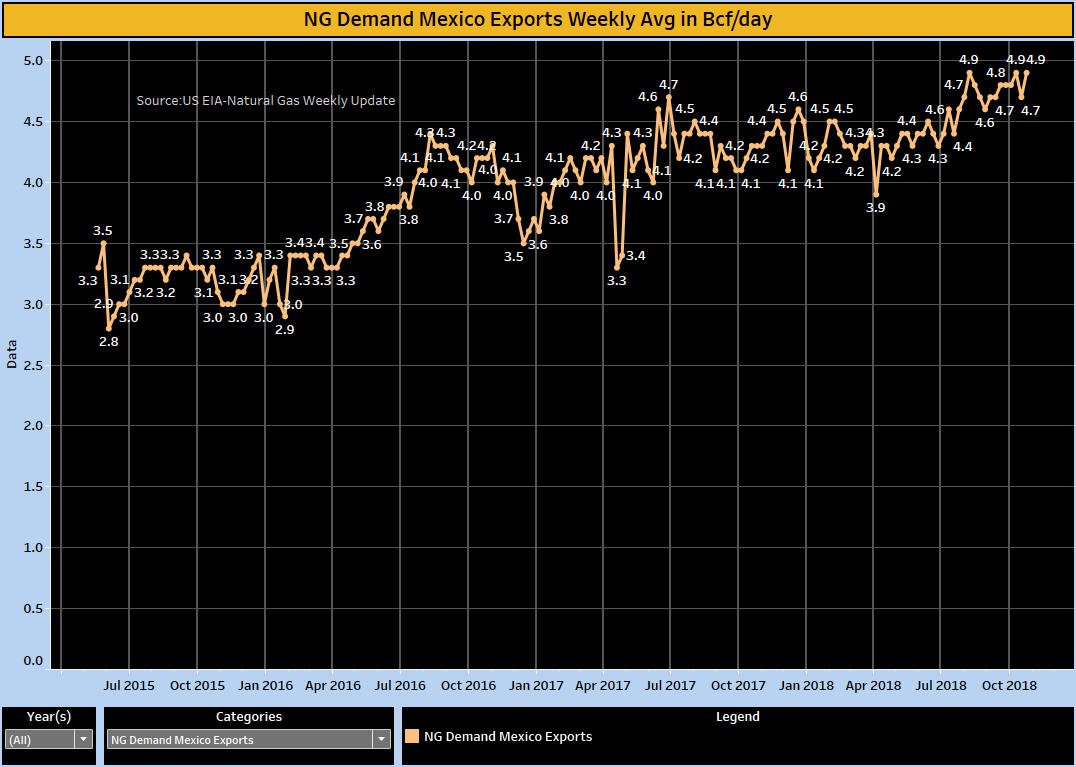 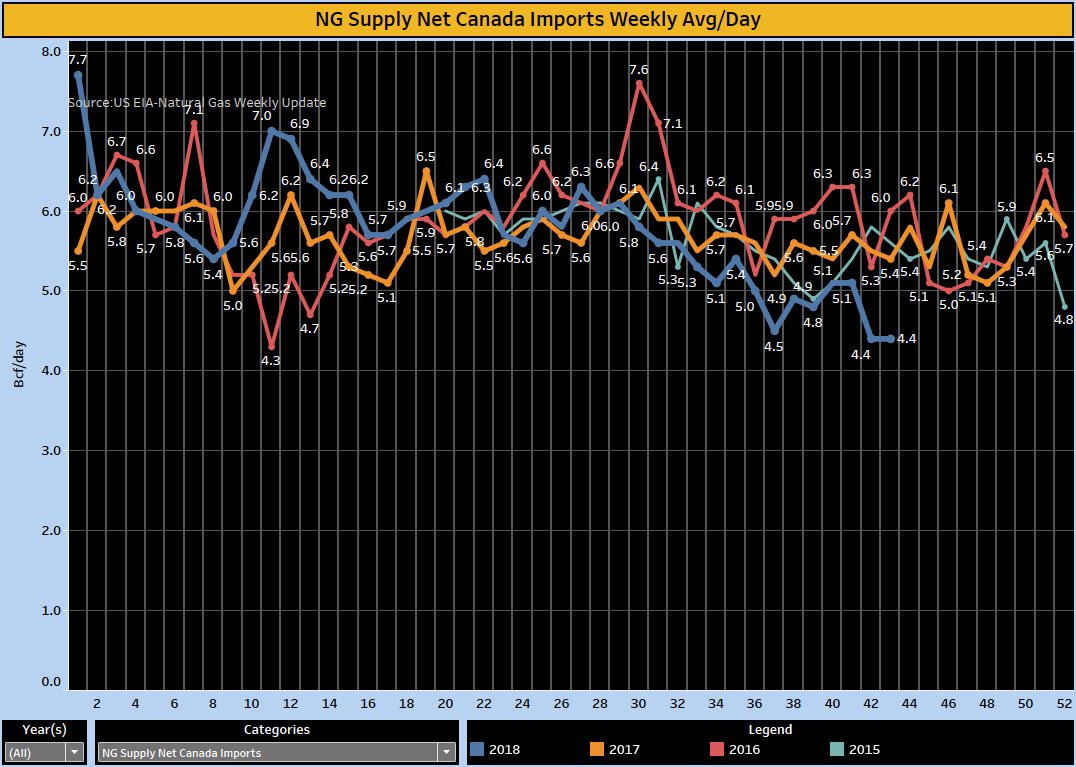 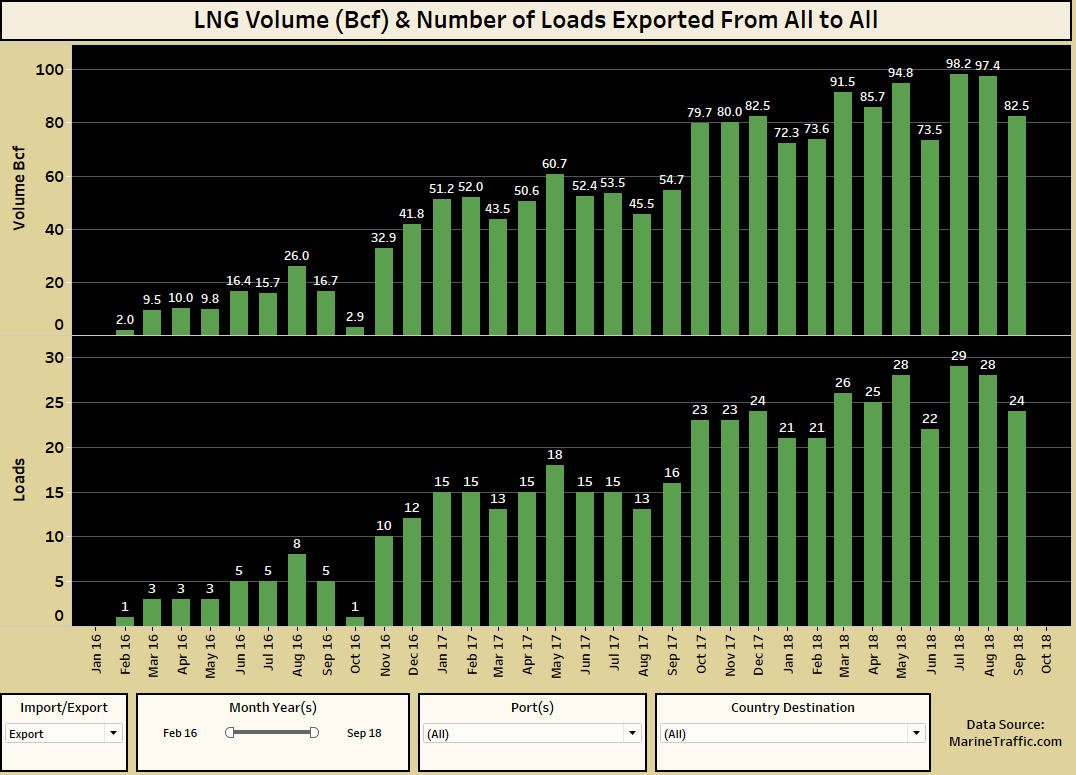 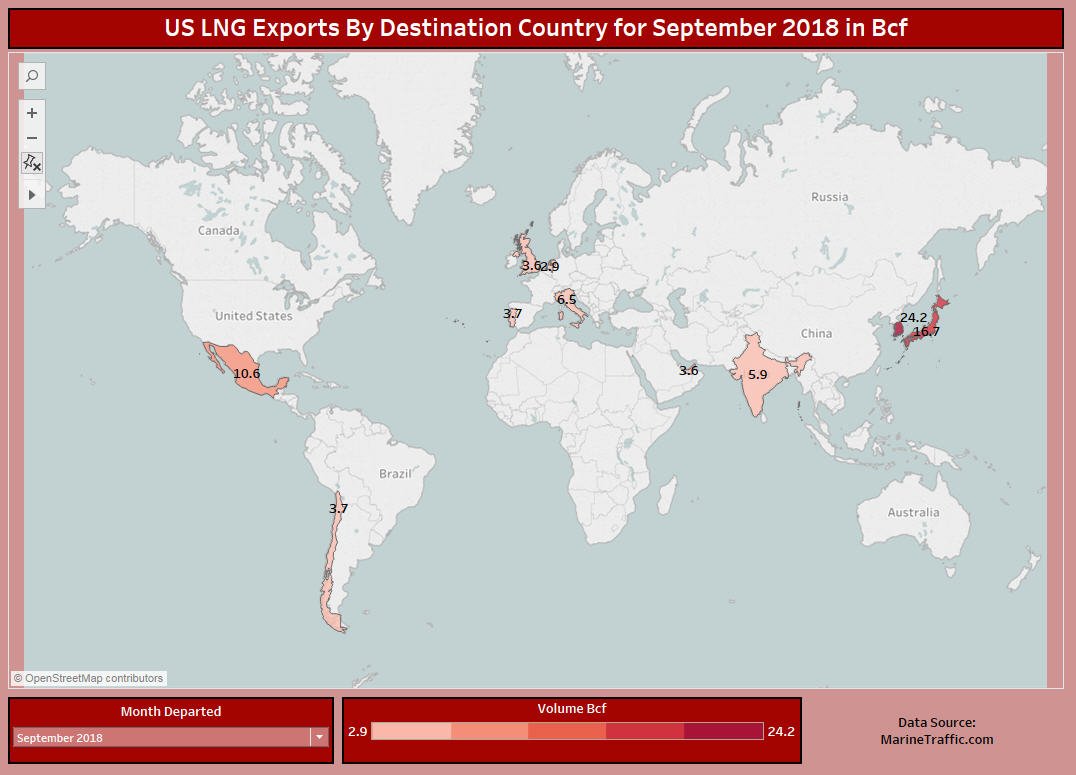 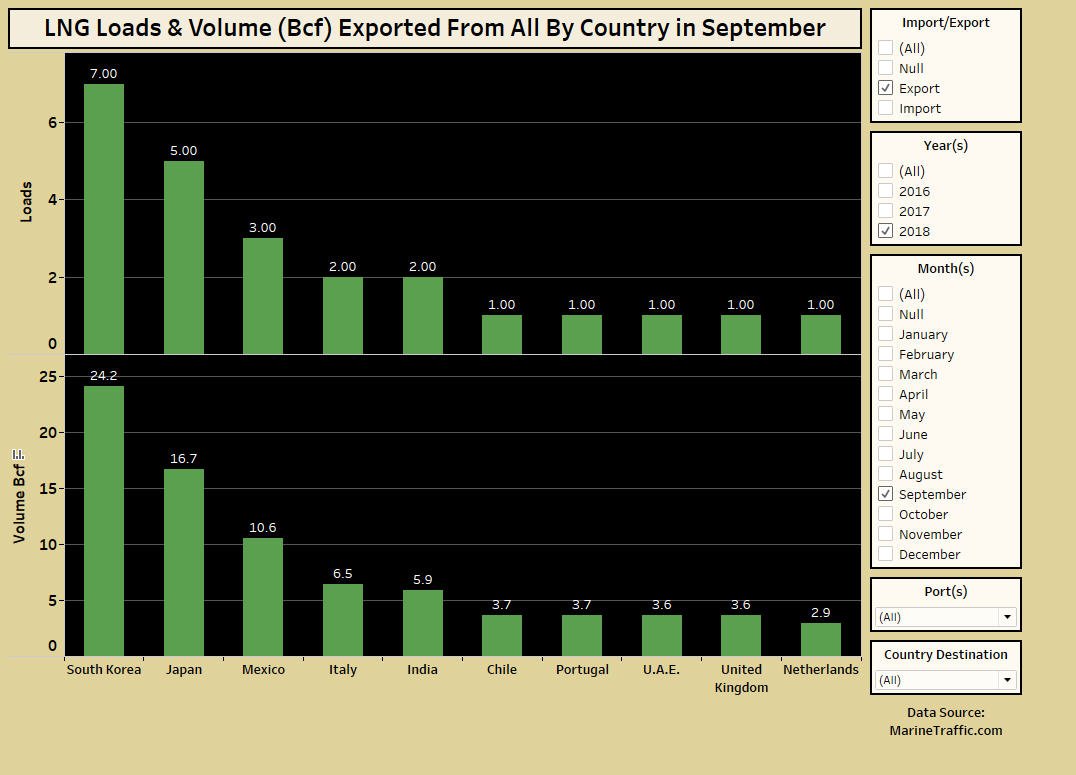 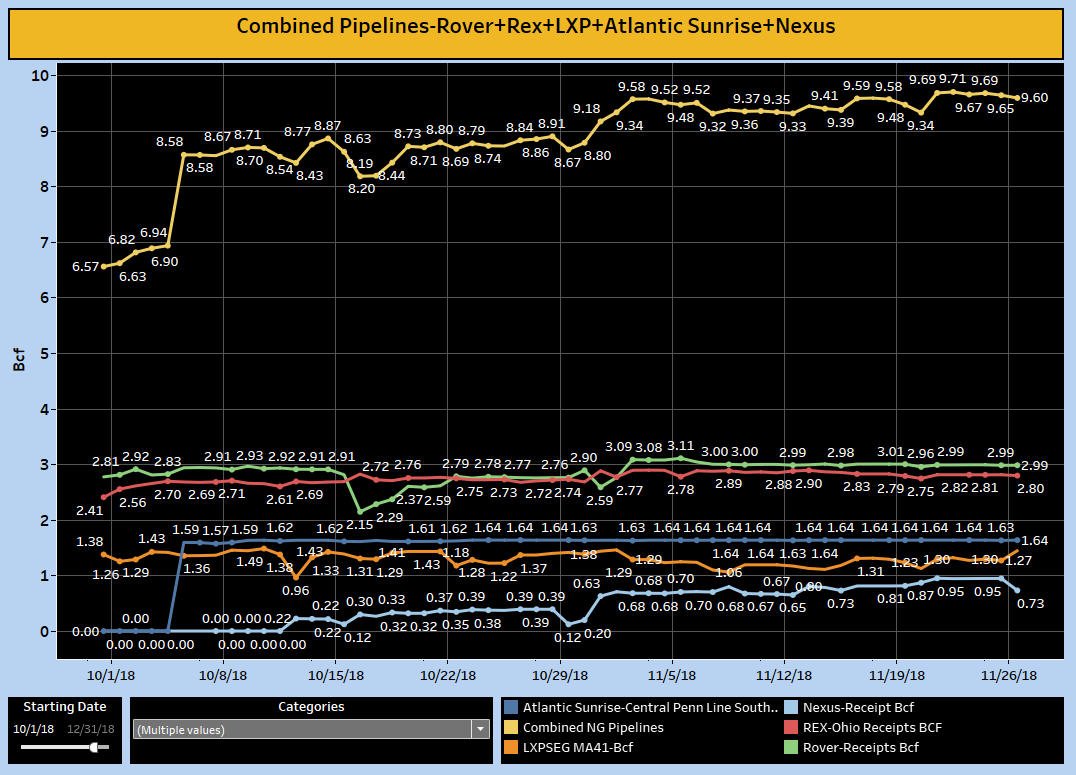 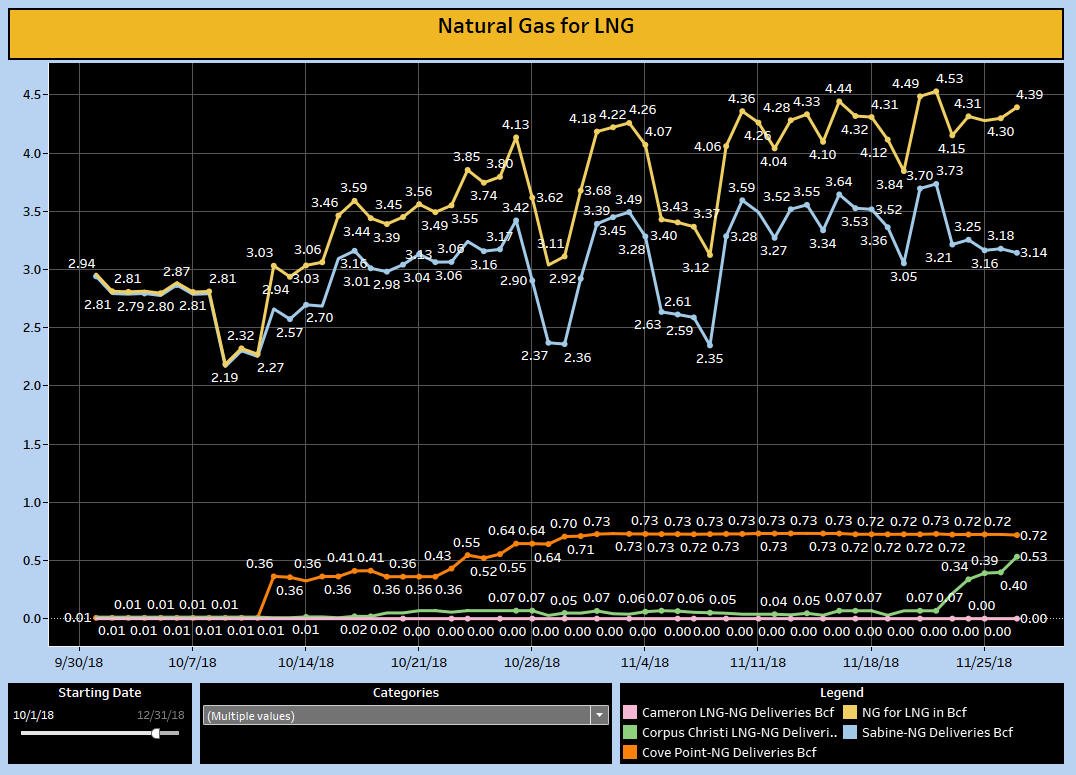 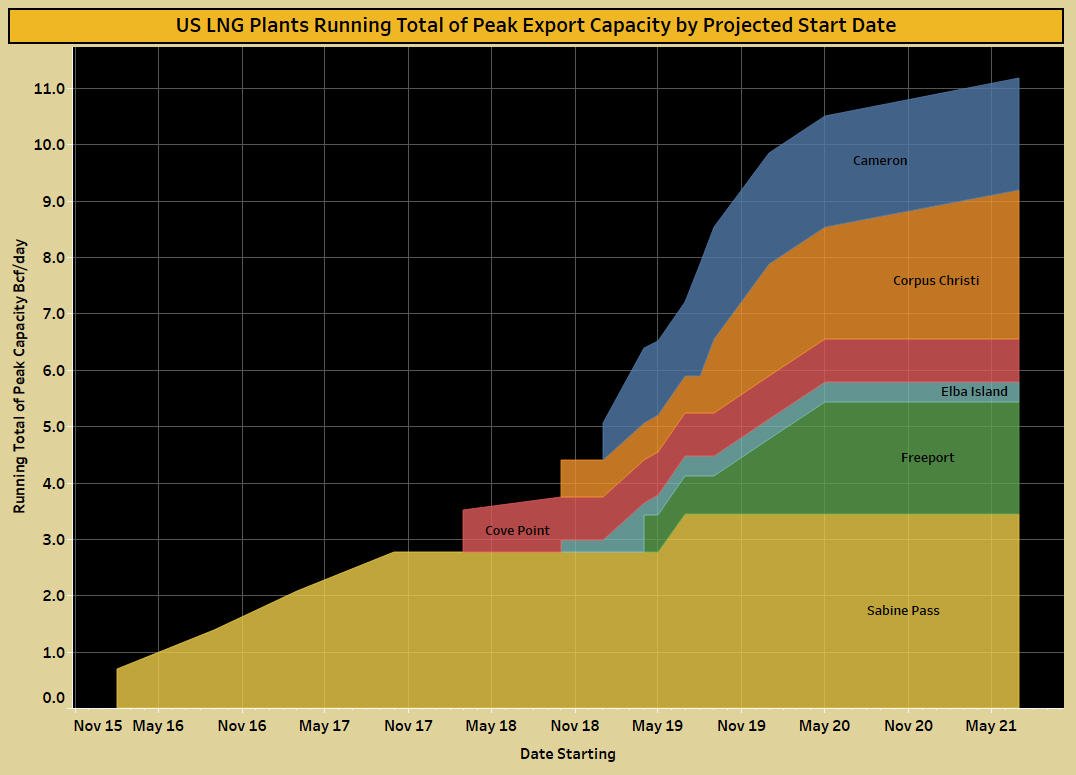 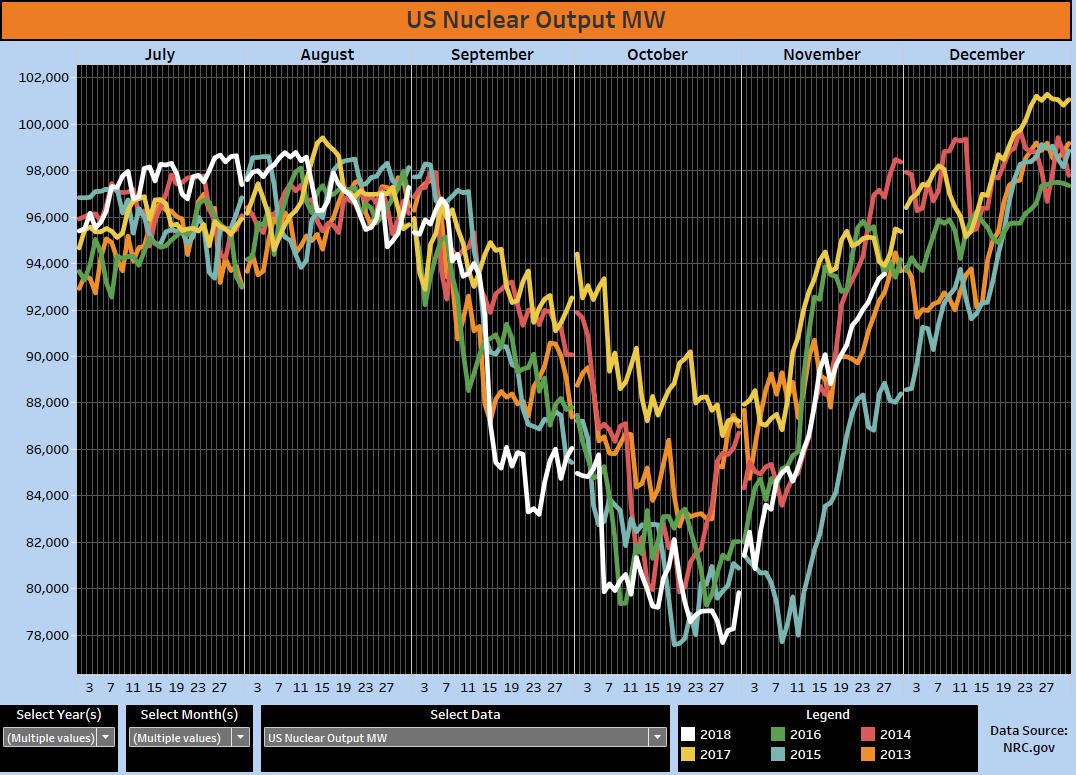