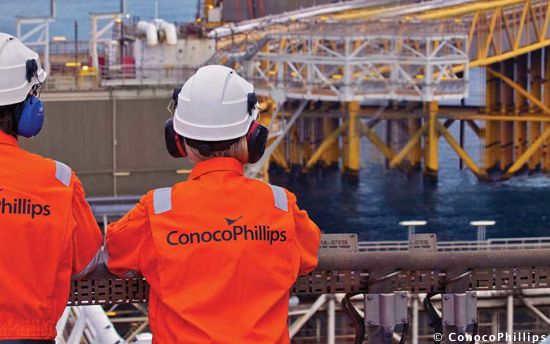 ConocoPhillips $COP reported better than expected second quarter earnings before the market opened Thursday. $COP is the largest U.S. based independent exploration and production firm, (based on production volumes (1.6 million barrels of oil equivalent per day). ConocoPhillips first quarter results were the first profit after a series of losing quarters, helped by tax benefits and higher realized prices.