Concho Resources (CXO) reported fourth quarter earnings per share of 94 cents, missing the $1.13 forecast by analysts surveyed by Refinitiv. Revenue missed also at $1.07 billion, compared to the $1.19 billion expected. Concho lowered its 2019 capital expenditures outlook to between $2.8 billion and $3 billion, while estimates were $3.27 billion.

Concho Resources (CXO) reported third quarter earnings of $1.42 per share on revenue of $1.19B beating with expected earnings of $1.16 per share, which represents a year-over-year change of +157.8%. Revenues  beat the expected $1.08 billion, up 72.9% from the year-ago quarter. 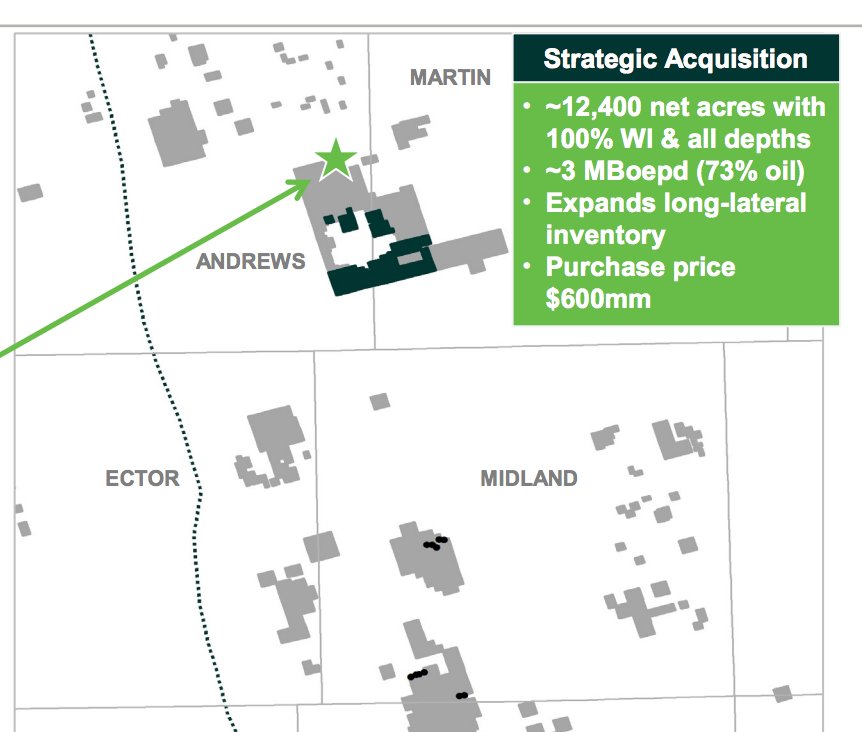 Concho Resources Inc is an independent oil and natural gas company engaged in the acquisition, development and exploration of oil and natural gas properties. The Company’s operations are focused in the Permian Basin of Southeast New Mexico and West Texas in the United States. Concho Resources has become the biggest Permian Basin pure-play company in terms of unconventional oil and gas production after it completed its takeover of RSP Permian in July. 2018.