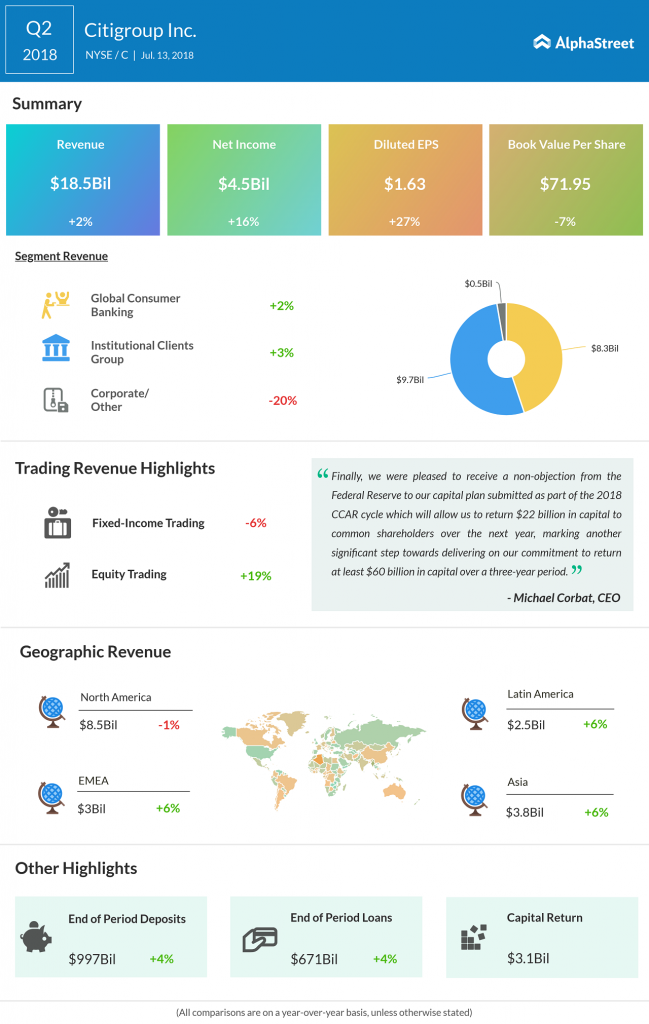 Citigroup booked a $22 billion charge to account for the tax reform changes in Q1.

Last quarter the bank said the effect on capital that regulators scrutinize was “much less significant,” through CEO Michael Corbat in a statement. $C noted the annual bank “stress tests,” or Comprehensive Capital Analysis and Review (CCAR),