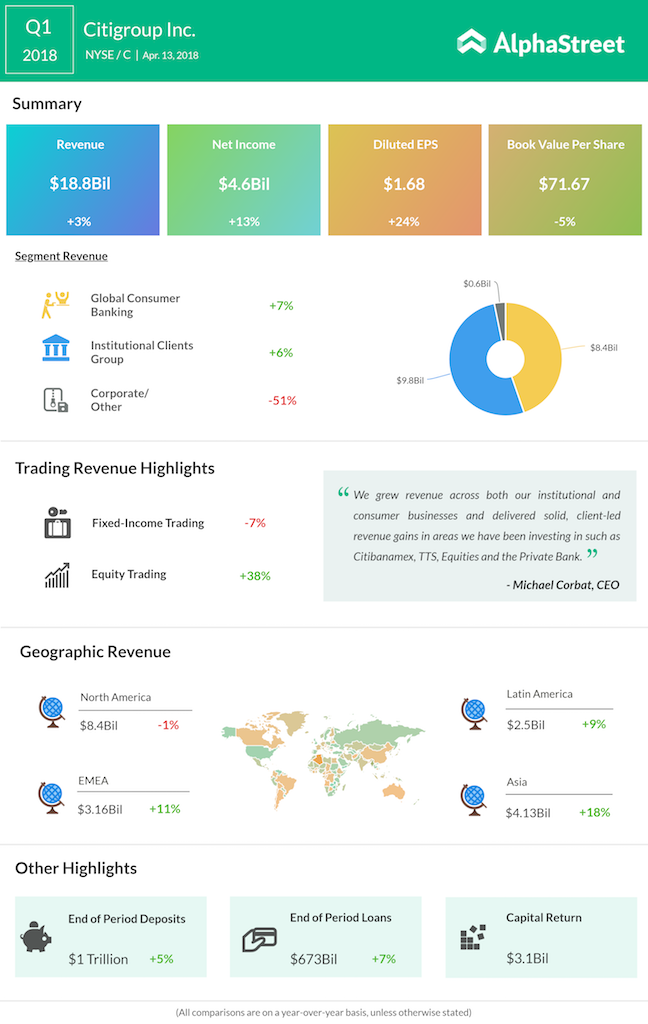 Citigroup booked a $22 billion charge to account for the tax reform changes.

The bank said the effect on capital that regulators scrutinize was “much less significant,” through CEO Michael Corbat in a statement. $C noted the annual bank “stress tests,” or Comprehensive Capital Analysis and Review (CCAR),