Bank of America Corp. (NYSE: BAC) reported its third-quarter results on Monday at 66 cents a share, up 37.5%, with revenue at $22.78 billion. Lending and deposits rose modestly while net charge-offs decreased. with analysts forecasting $0.62 in earnings per share (EPS) on  $22.67 billion in revenue. $BAC allocated $800 million for credit losses in the quarter, less than the $973.5 million expected by analysts. Non-performing loans fell half a billion dollars from the first quarter of 2018 on improvements in consumer and commercial debt.

While the bank grew loans and leases to $935.8 billion, that was below the $942 billion estimate.

“Responsible growth continued to deliver as a driver for every area of the company,” CEO Moynihan said in a statement. “We grew consumer and commercial loans; we grew deposits; we grew assets within our Merrill Edge business; we generated more net new households in Merrill Lynch; and we supported more institutional client activity.” 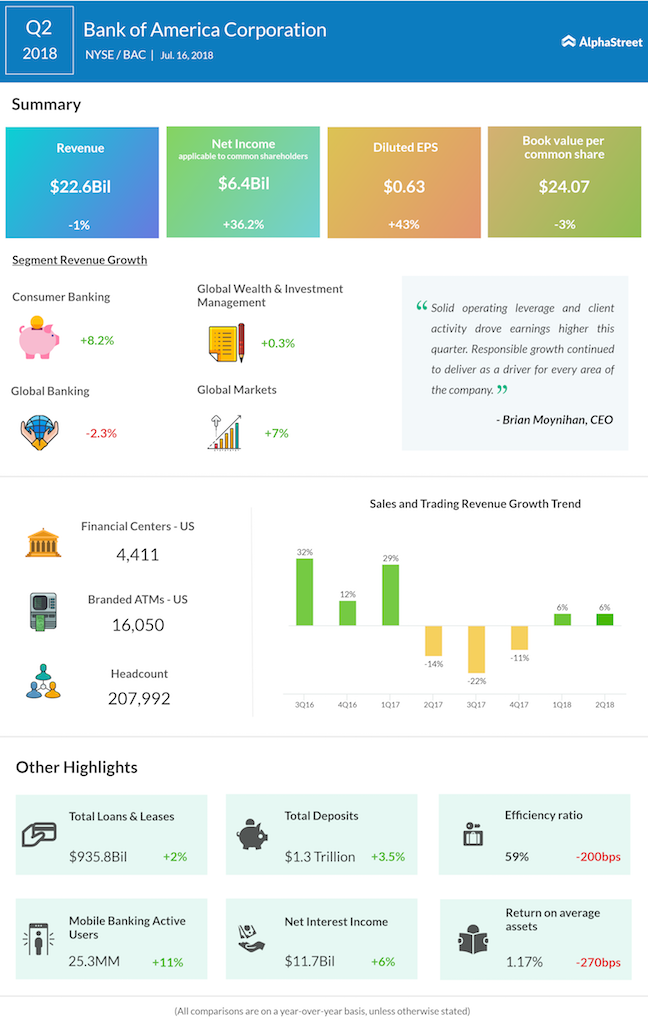 The bank rally had been fueled by expectations for easier regulations including a possible repeal of DoddFrank and infrastructure spending. The Federal Reserve decision to raise rates has also helped banks.  The new surge in home prices had  also buoyed optimism for the mortgage business and banks profits thereto.