The U.S. oil rigs in service fell back to the all time low after last week rising for the first week since March 13. Crude production remain unchanged at 11.100kbpd. Natural gas rigs rose 1 in the US.

The U.S. oil rigs in service fell back to the all time low after last week rising for the first week since March 13. Crude production remain unchanged at 11.100kbpd. Natural gas rigs rose 1 in the US. . 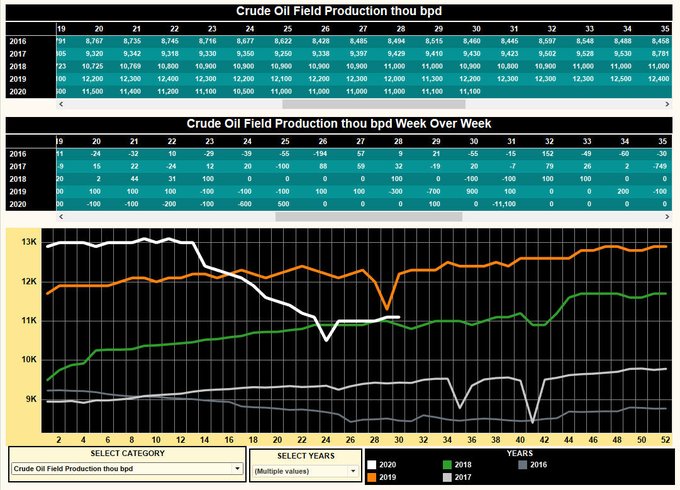