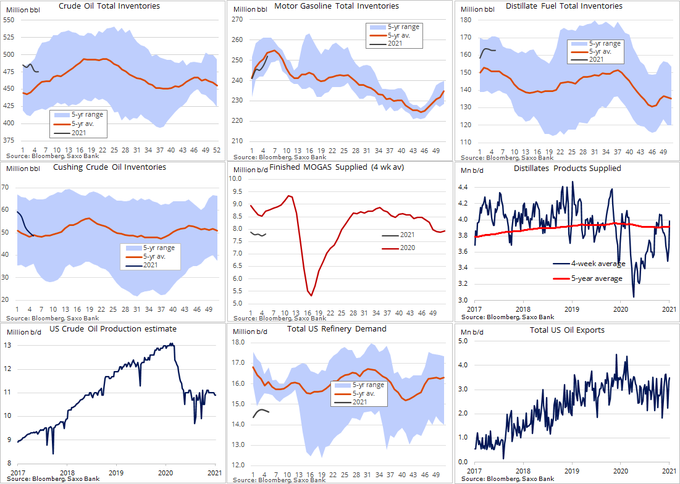 Money managers increased their net-length in WTI crude oil futures and options by 4,776 contracts to 354,920 in the week ending January 19 – a 6-month high Long-only positions rose by 1,352 Short-only positions fell by 3,424 CFTC 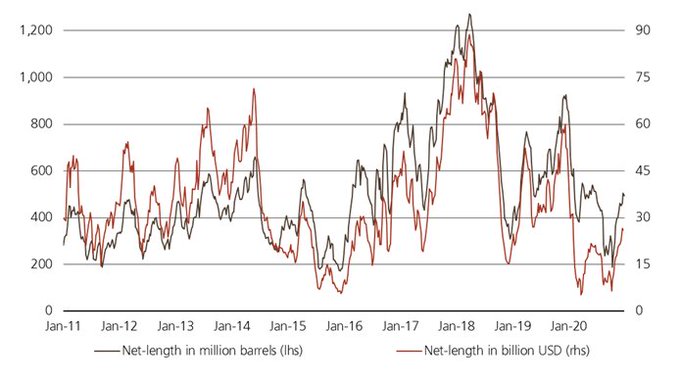 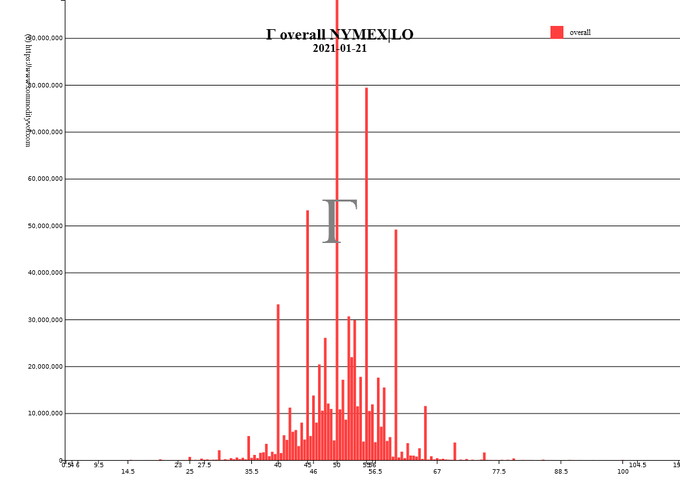 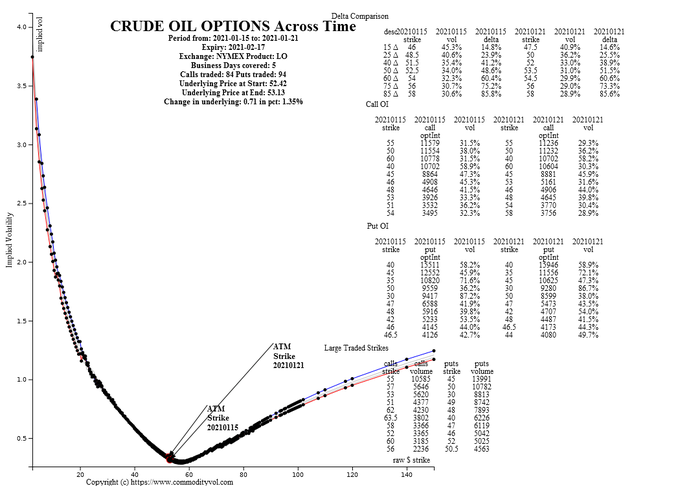 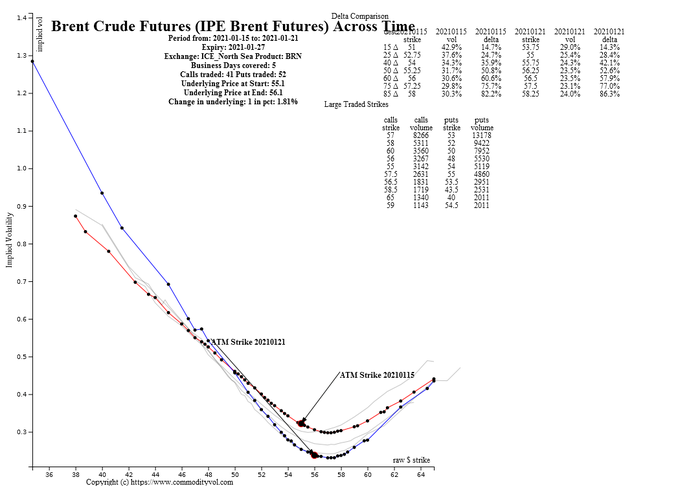 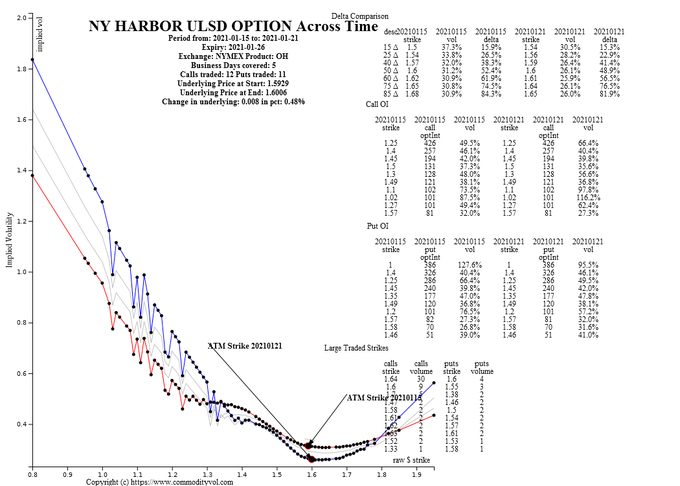 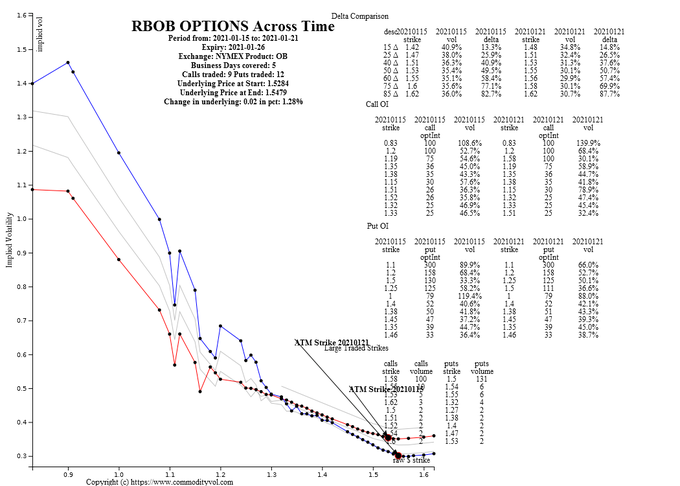 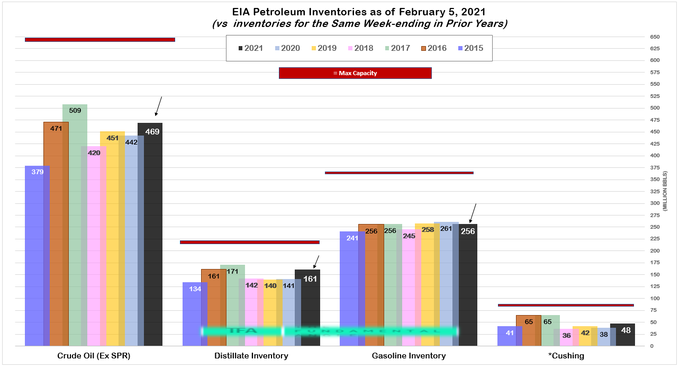 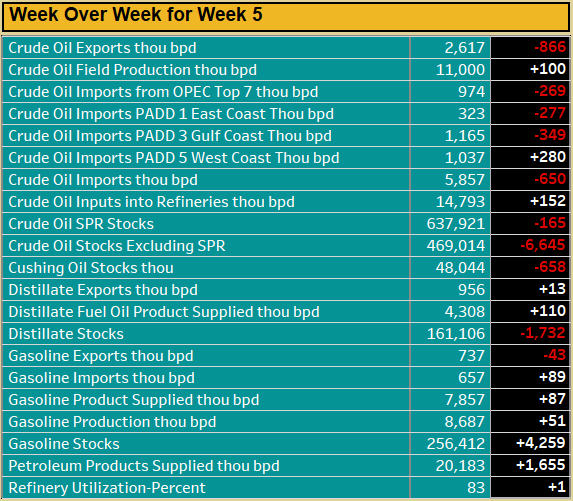 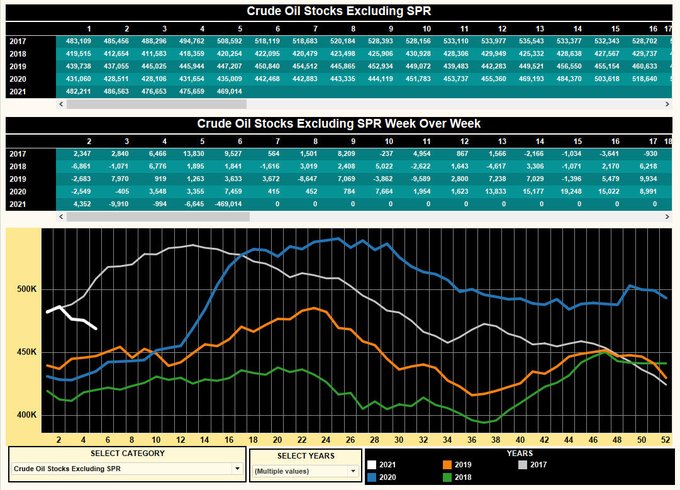 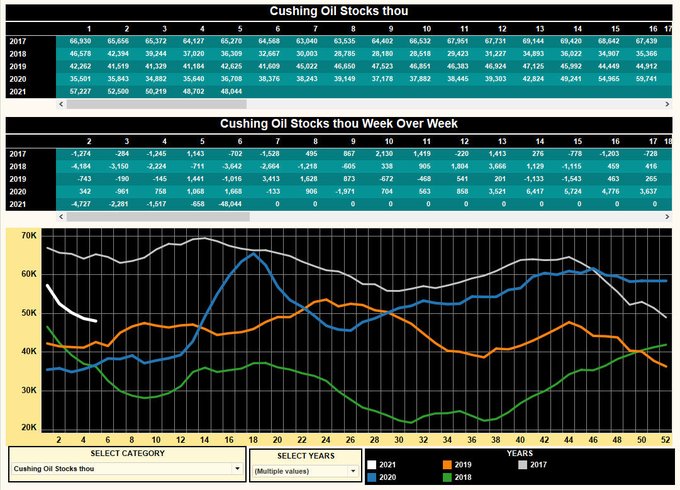 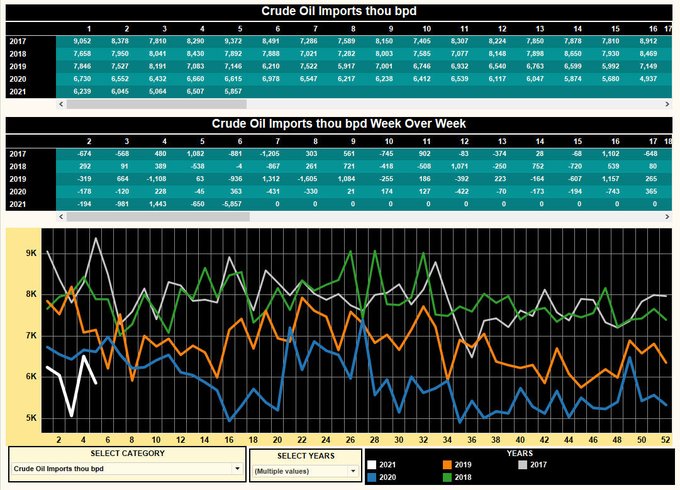 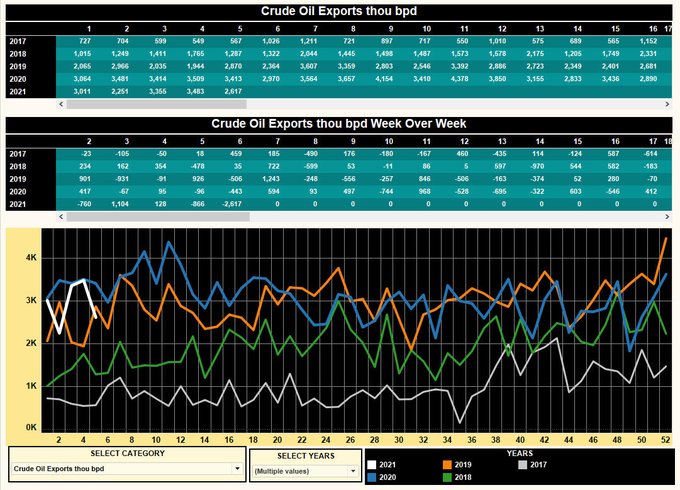 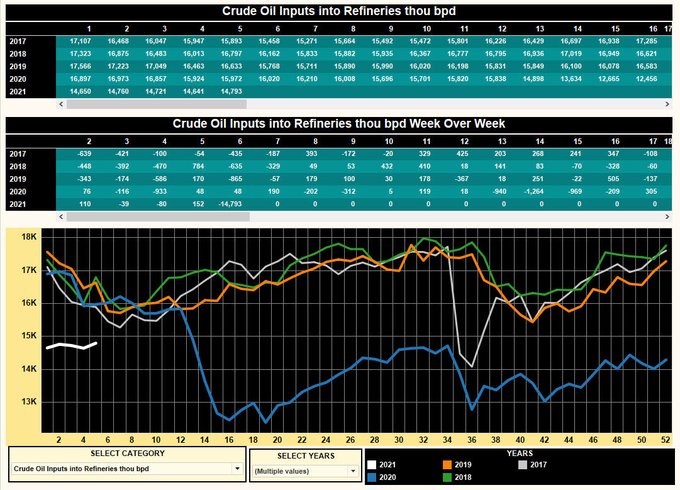 US consumers bought 330.00 million gallons of gasoline per day last week. That is -42.5 mil YoY 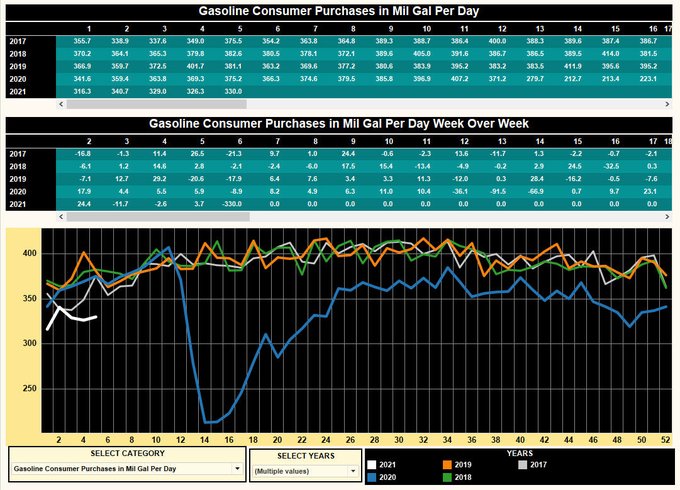 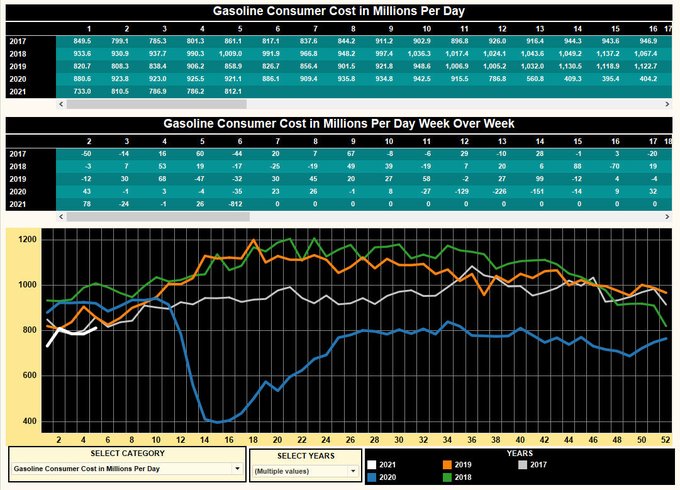 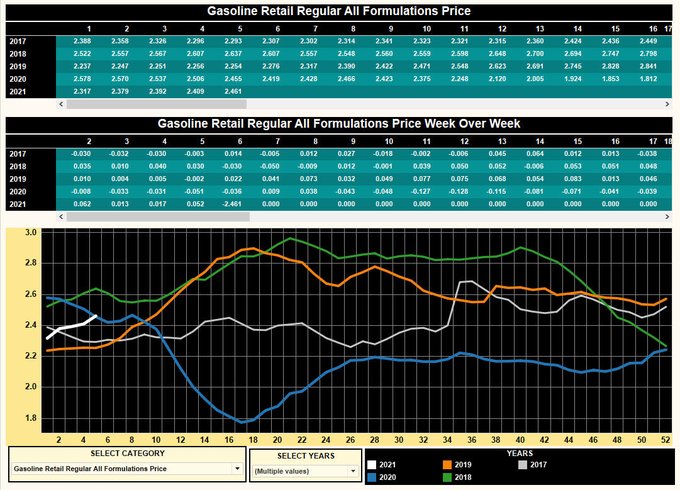 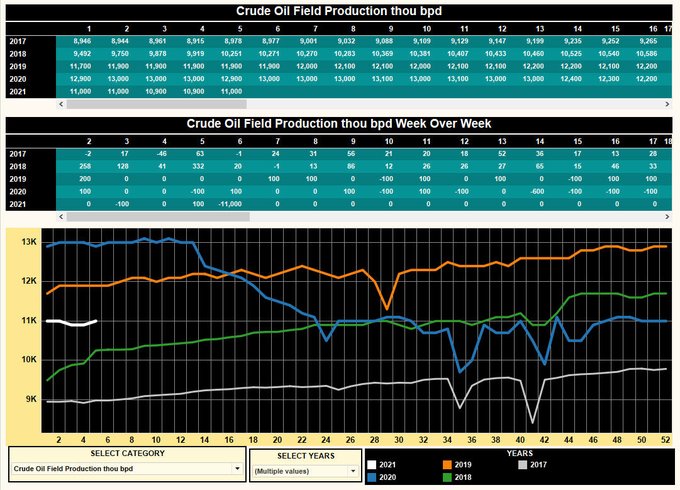 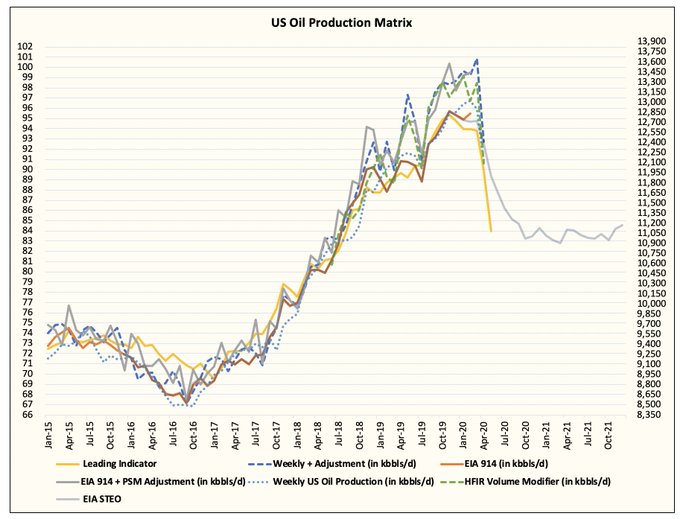 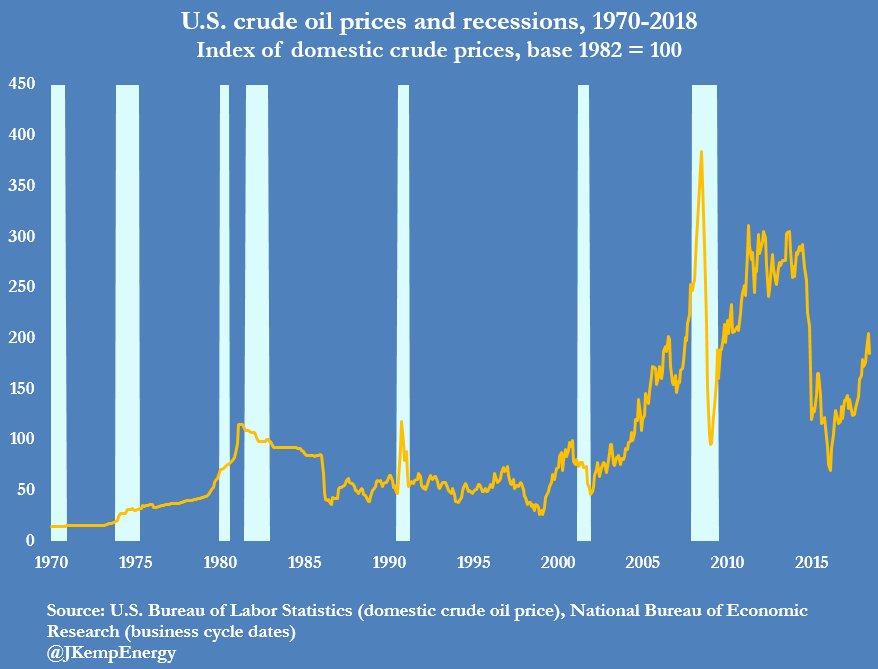 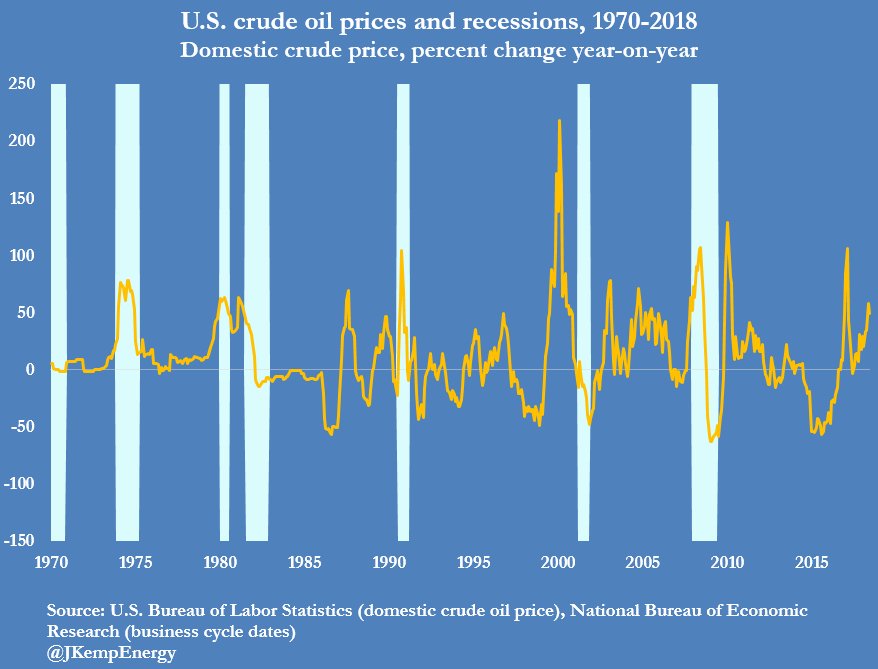