Advanced Micro Devices reported much better than expected earnings after the close Wednesday. $AMD shares soared over 8% higher. The chip maker had been sold off with concerns about cryptocurrency demand falling.

Advanced Micro Devices reported much better than expected earnings after the close Wednesday. $AMD shares soared over 9% higher. The chip maker had been sold off with concerns about cryptocurrency demand falling.

AMD forecast higher revenue in the current quarter than analysts expected, guiding for revenue of $1.68 billion to $1.78 billion above the forecast $1.58 billion. 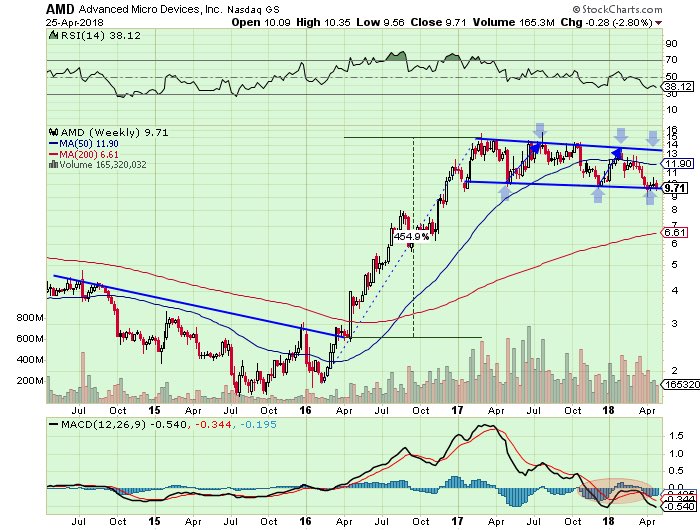 In September CNBC reported that sources say $TSLA has received back samples of the first implementation of its processor and is now running tests on it.Tesla CEO Elon Musk has promised that autonomous driving capability will be available to consumers in 2019. The key is a chip that power-efficient and able to harness AI to drive a car autonomusy. Current Tesla autopilot self-driving vehicles use Nvidia graphics processing units and Tesla has used chips from Mobileye (now part of Intel) before. The notorious $TSLA auto pilot accident last year was using Mobileye chips.